If there’s any consistent narrative for the four-year-old Apple Watch, it’s been a slow but steady march from iPhone dependence to independence — a process aided as much by chip improvements as new operating system releases. Today at WWDC 2019, Apple introduced watchOS 6, a major update that could help some Apple Watch users cut the iPhone cord for apps, while building on most of the key features users have come to know and like or love.

Apple’s own Apple Watch app selection hasn’t been bad since even before watchOS 5, and it’s growing today with the addition of a Voice Memos app for recording conversations, a Calculator app for doing quick math problems, and an Audiobooks app for audiobook playback. Within the OS itself, Siri will gain the ability to display full webpage results in response to user queries.

The company is also adding a handful of mildly interesting new watch faces to watchOS 6, though it’s regrettably still not allowing third-party developers to roll their own — one of the platform’s biggest and longest-running omissions. The new Apple faces include a sundial-styled Solar analog watch, a space-maximizing analog option called Modular Compact, an analog mix of Roman and Arabic numerals called California, new extra-large digital options, and Gradient, which places a colored gradient in the background, either in full screen or as a circle with four complications. 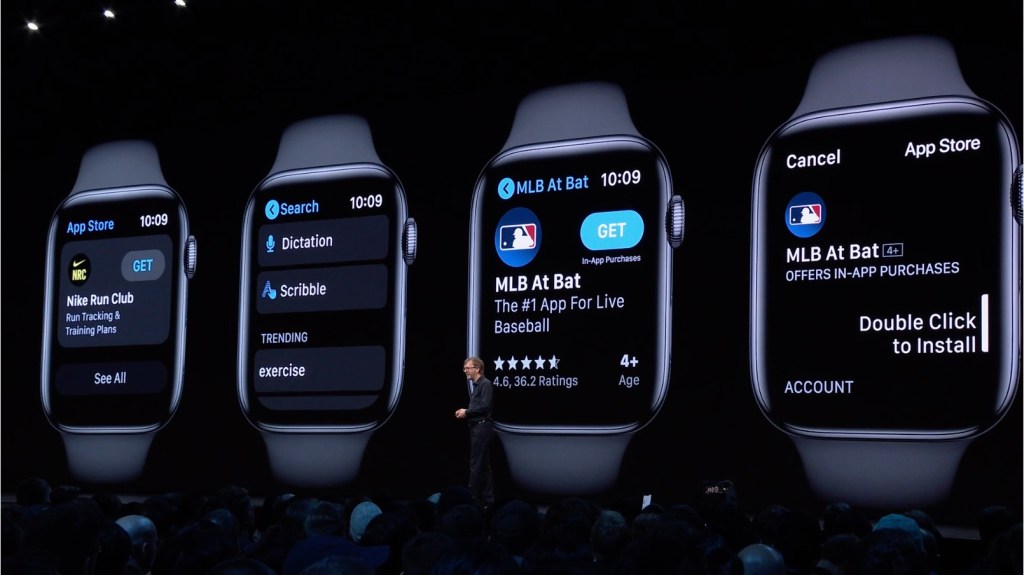 Perhaps the biggest new watchOS 6 feature is support for apps that run independently of an iPhone — including the addition of an App Store app directly on the device. In addition to operating fully without iPhone help, users will be able to download Watch software without relying on a nearby iPhone. Though third-party Apple Watch apps haven’t quite taken off to the extent Apple (or users) might have hoped, the convenience of being able to add new features anywhere might help.

Apple is adding Activity Trends to the watch, allowing you to see how your activity and workouts are doing over time, and providing coaching for long-term success. A Noise app will let users measure ambient noise levels, while new complications will let you quickly check hearing aid battery life and rain data. 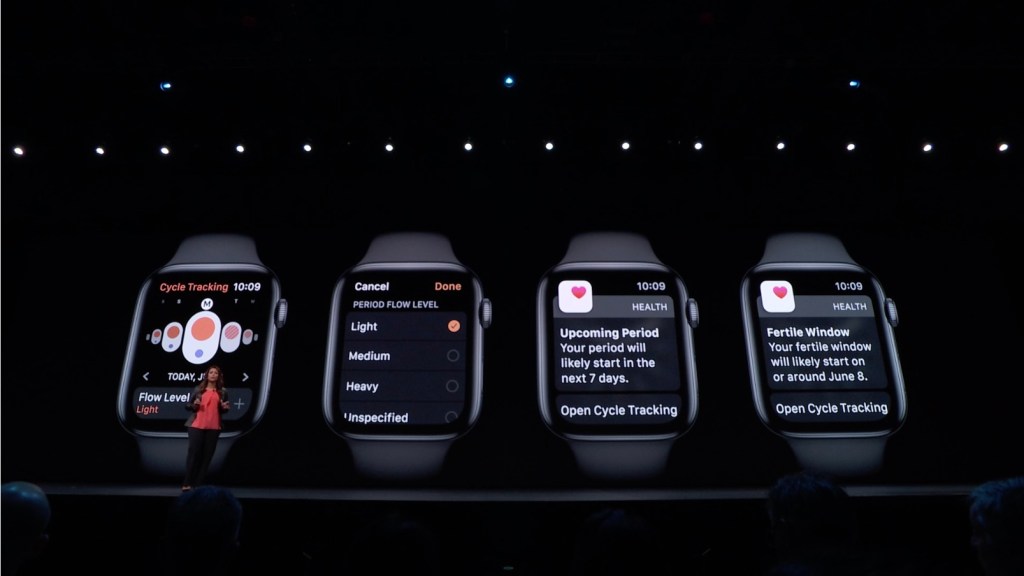 On the health side of things, Apple is adding Cycle Tracking, which will let women track menstrual cycles, to both watchOS and iOS. Additionally, the company noted that a new iOS 13 Health app will use machine learning to surface “highlights” from your Watch’s health data that will actually be valuable to you.

watchOS 6 will support Apple Watch Series 1 and later devices, though the full-screen new watch faces and other features may require the Apple Watch Series 4 or later. The beta is available for registered developers today from Apple’s developer portal, with a public release coming in the fall; no public beta is expected to be offered.