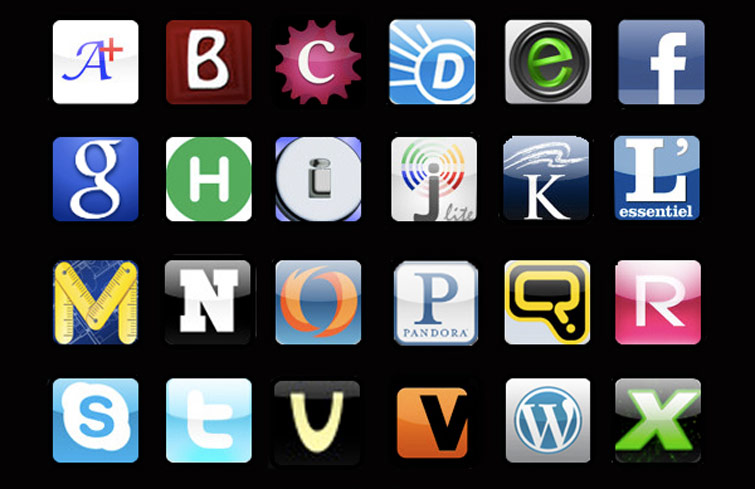 In 2013, we’ll download 10 apps for every single woman, man, and child on planet Earth.

Half of those apps will be Android apps, which will have 58 percent smartphone app share, according to ABI Research, and 41 percent of those will be iOS apps. Apple’s iPhone will account for 33 percent of smartphone app downloads, ABI says, while the company’s iPad will take 75 percent of tablet app downloads. Windows Phone and tablet devices will account for the majority of the rest, with BlackBerry taking about a 2 percent share.

Add it all up, and about 35 billion Android apps will load to devices in 2013, plus another 29 billion iOS apps.

That is a lot of apps.

While Google’s Android is clearly doing well in smartphones, the future of its tablet aspirations is not yet as clear. Only 17 percent of tablet downloads in 2013 will be on Android tabs, ABI says, which compares poorly to iPad’s 75 percent tablet app share.

“The most pressing issue for Google is how much of this handset momentum will ultimately trickle down to tablets, where Apple is holding the fort remarkably well,” ABI analyst Aapo Markkanen said in a statement.

Interestingly, Markkanen says that Amazon, which is a major Google frenemy, might be helping Android the most in the tablet space, since its Kindle Fire is almost certainly the best-selling Android-based tablet on the market. The enemy part is that Amazon’s Android is a de-Google-ized version of Android which taps into Amazon’s content ecosystem, not Google’s.

The friend part is that since Kindle Fire is giving Android at least some degree of tablet momentum, app developers are more likely to build apps for Android-based tablets, which they can then sell on both Google and Amazon app stores.

But Google needs more Android tablet partners to do well if it wants Android’s share of app downloads to increase.

“The question is becoming, is there enough critical mass with Android partners, led by Samsung?” Jeff Orr, another ABI analyst told me over the phone. “And, are there going to be more vendors who can make a move and break away from the pack?”

Another big question: How will wearables affect the market?

Google is coming to market with Glass in 2013, the company has said, and it’s a perfect chisel to pry Apple fans out of the iOS ecosystem. But Apple is countering with iWatch, conceivably. Both will stimulate an explosion in apps designed either to work with them or on them.