We’re on the edge of another mobile revolution that will be defined by elevating consumers’ real world experiences and delighting them with emotional relevance. Mobile 3.0 is here, and the next wave of game-changing consumer apps are not only going to see huge adoption. They’re going to change the way we interact with the people, places and things around us.

I think of the evolution of mobile in three stages of consumer adoption – the first being distraction, the second social utility, and the third emotional connection. I believe we are now on the cusp of the third stage, and this coming transition from social utility to emotional connection will have an enormous impact on engagement behavior and overall value creation. Similar to the prior transition, this next phase is being driven by the enabling technologies bundled into our mobile devices and the connectivity advancements that infrastructure players provide.

Shortly after the release of the first iPhone, we entered one of the most disruptive phases tech has ever seen; and it was driven by distraction. Our phones became more than communication devices, they also became the world’s fastest-growing gaming platform. Games quickly became the leading mobile application category in the app stores as measured by app volume, revenue, and consumer engagement. Victor Kislyi, CEO of Wargaming, summed it up best in his keynote at DICE Europe – “As an industry, we are creative and innovative, but we have to actually understand what kind of business we are in…Let’s be true to ourselves, we are all in the time-killing business.”

Fast-forward a couple of years and the next phase was driven by broad access to 4G LTE and the global proliferation of WiFi. Almost overnight, consumers around the world had more ubiquitous connectivity that made mobile access and streaming tolerable via their phones. A Harris Interactive survey of adult smartphone owners from June of 2012 found that 63 percent of women and 73 percent of men checked their phones at least once every hour. 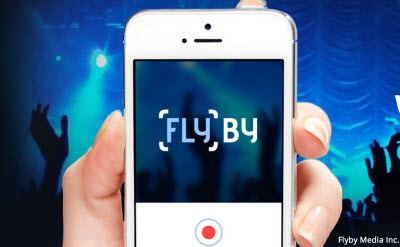 This infrastructure foundation supported the rise of social utility. Consumers could easily interact with Facebook from their phones. Yelp and Instagram took off on mobile. Location-based features and services began to add real value, and ambient social applications like Highlight and Tinder began to offer new types of social utility. The consumption and creation of all forms of media – photos, videos, social, messaging – collectively became our primary activity on smartphones. On average, a staggering 109.5 messages per day were exchanged between 18 and 24 year olds in 2012 according to Pew Research.

But much of this activity, while functional and providing social utility, lacked a fundamental connection with our present real-world experience. During this phase, the vast majority of smartphone interactions were about taking us away from what we were currently engaged in. A means to make our days go by a little bit faster or better.

The best days of mobile are in front of us. Our smartphones are always with us, almost always on, and I’ve argued the most personal extension of ourselves. This next wave of consumer apps will elevate our current experience more than distract or provide simple utility.

People will use their mobile devices to maximize almost every moment in Mobile 3.0. Trendwatching.com says it best. “All of which means the next 12 months will see an explosion in mobile moments: products, services and experiences that will enable mobile-loving consumers to embrace lifestyle multi-if-not-hyper-tasking.” Think of it as multi-screen interaction where one of the screens is the real world around us.

We’ve already seen early entrants into this next phase. I think Waze is a great example, as it gives us real-time and crowd-sourced information to elevate our commute. And if you’ve ever successfully used Waze to improve your morning rush hour, you know it’s delightful. I would also put FaceTime and Map My Run in this category as early and groundbreaking examples.

But these apps represent just the tip of the iceberg. The next generation of mobile devices and connectivity (led by the iPhone 5s) are going to drive the fastest and largest value creation ever in mobile apps and platforms. Yes, I think the iPhone 5S signals the next phase of disruption in our industry.

While the quantitative performance specs of the iPhone 5s have been widely discussed, blogged about, and compared against the competition, the more interesting point is what these incremental improvements now enable for the first time.

Imagine if your mobile device was always aware of your current experience. The M7 motion co-processor in the 5s allows the sensors to be always on, so that the phone can be aware of your actions even when it’s in your pocket. The new camera offers faster frame rate and low-light performance, which enables a powerful new set of computer vision capabilities. The new inertial measurement unit offers meaningful improvements to understanding the device’s movement. When these new capabilities are intelligently combined – whether on smartphones or soon on wearables – our personal devices will gain an ability to understand not only where we are (including in GPS-denied environments) but also what we’re looking at.

Not surprisingly, mobile applications (and consumers) are still catching up to sensor and device platform capabilities. But these new capabilities will quickly usher in the next wave of mobile consumer apps that will tap into our most fundamental need for emotional connection; a form of connection that brings relevance between our physical and digital lives.

What if people could leave digital graffiti and personal messages on buildings and products and how would that elevate our daily lives and change how we interact with people, places and things? 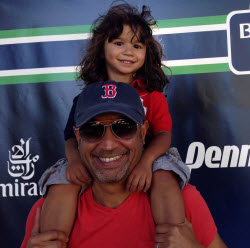 What if our mobile device could direct us to products and services we’d love, or to places that our friends are talking about inside shopping malls and other GPS-denied areas?

What if shared media was surfaced when relevant and contextual and not through a fire hose? Would that create more persistence and engagement?

These game-changing experiences are imminent and will delight global consumers. Robert Scoble was one of the first to coin Mobile 3.0 coincidental with the release of Qualcomm’s Gimbal in the summer of 2012. And true to form, Robert was early to the punch. Mobile 3.0 is now and will be defined by this next wave of mobile consumer applications that connect the physical and digital worlds for all of us.

Fasten your seatbelts. This is going to be fun.

Mihir Shah is president and chief executive of the stealth startup Flyby Media and an enterpreneur-in-residence at Matrix Partners. He is the former CEO of Tapjoy.