Bitter rivals Facebook and Google today announced a partnership that may feel a bit odd at first glance. WhatsApp for Android is getting Google Drive integration, which lets you back up your chat messages and media content to the cloud. You can download the latest version directly from Google Play, though you might not see the new backup feature right away as it’s “rolling out over the next few months” (it will appear in your WhatsApp settings).

The new feature allows WhatsApp users to create a private backup of their chat history, voice messages, photos, and videos in Google Drive. As Google puts it, the company simply wants to help “keep your memories safe.” The company adds that Drive includes encryption and that the new feature also allows WhatsApp users to restore their content on a new mobile device, not just their existing Android phone. 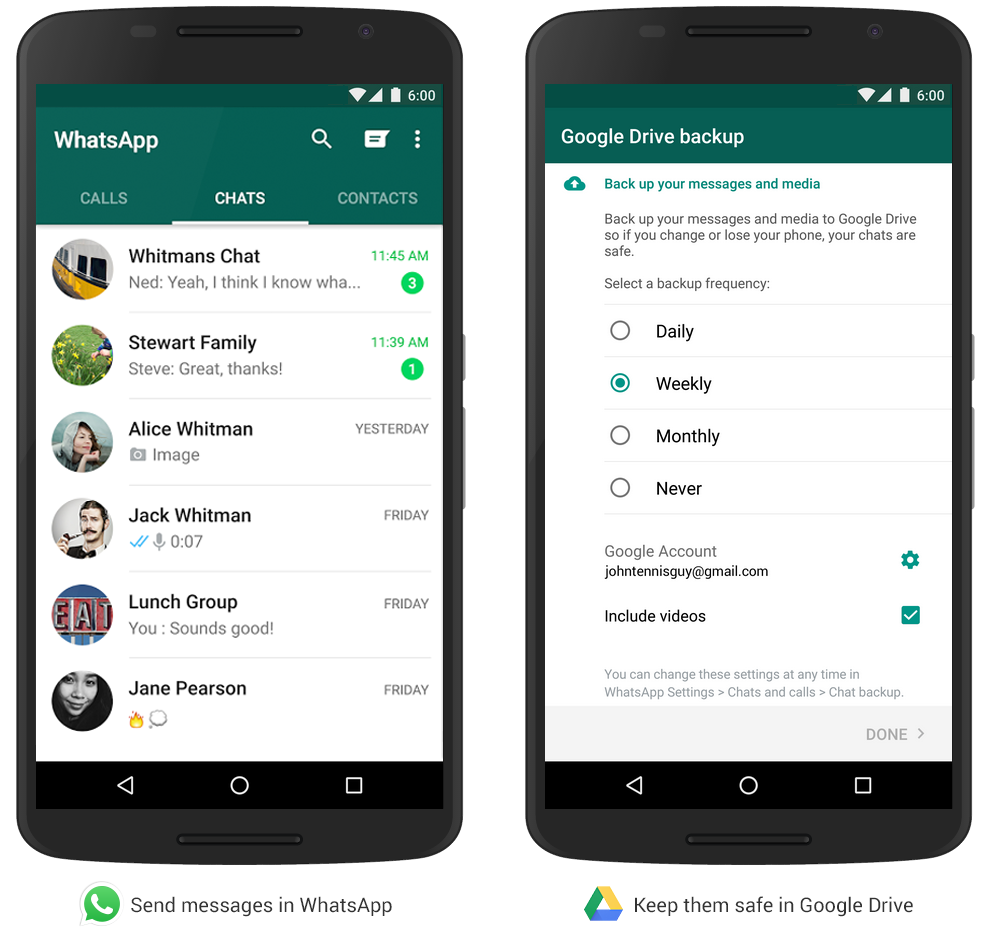 The partnership makes sense for Google: WhatsApp has 900 million users, the majority of whom are on Android devices. This is really just an advertisement to woo other Android developers to integrate Google Drive into their apps.

For Facebook, the move is a bit more confusing. Why wouldn’t WhatsApp just let you back up its data to Facebook? We suspect this is one of those cases where the parent company doesn’t want to freak out the userbase of an acquired app.

“Google Drive was an easy choice,” WhatsApp cofounder Brian Acton said in a statement. “It offers the native Android experience we want for our users and the scale to grow with us.”

Everything you share via Facebook Messenger is naturally available via Facebook, but when the company bought WhatsApp, it made promises to keep the messaging app separate from its social network. Facebook could have of course partnered with any number of cloud storage services, but for Android it logically went with Google Drive.

We have reached out to Facebook for more information. A similar feature in WhatsApp for iOS lets users back up chats to iCloud.