WhatsApp updated its iOS app today to let users incorporate voice-activated controls. Those with iOS 10 installed will be able to use Siri to not only send messages, but also place WhatsApp calls. This simplifies the communication process without your even needing to type a single letter.

iOS 10 began rolling out to users today, complete with Siri support for third-party integrations, and the Facebook-owned messaging service is taking full advantage. When the updated app is enabled, you simply summon Siri and tell it to call or message someone (e.g., “Hey Siri, text Jordan Novet on WhatsApp”). Make sure that you enable the controls within your phone’s settings — iOS will prompt you to grant it access. 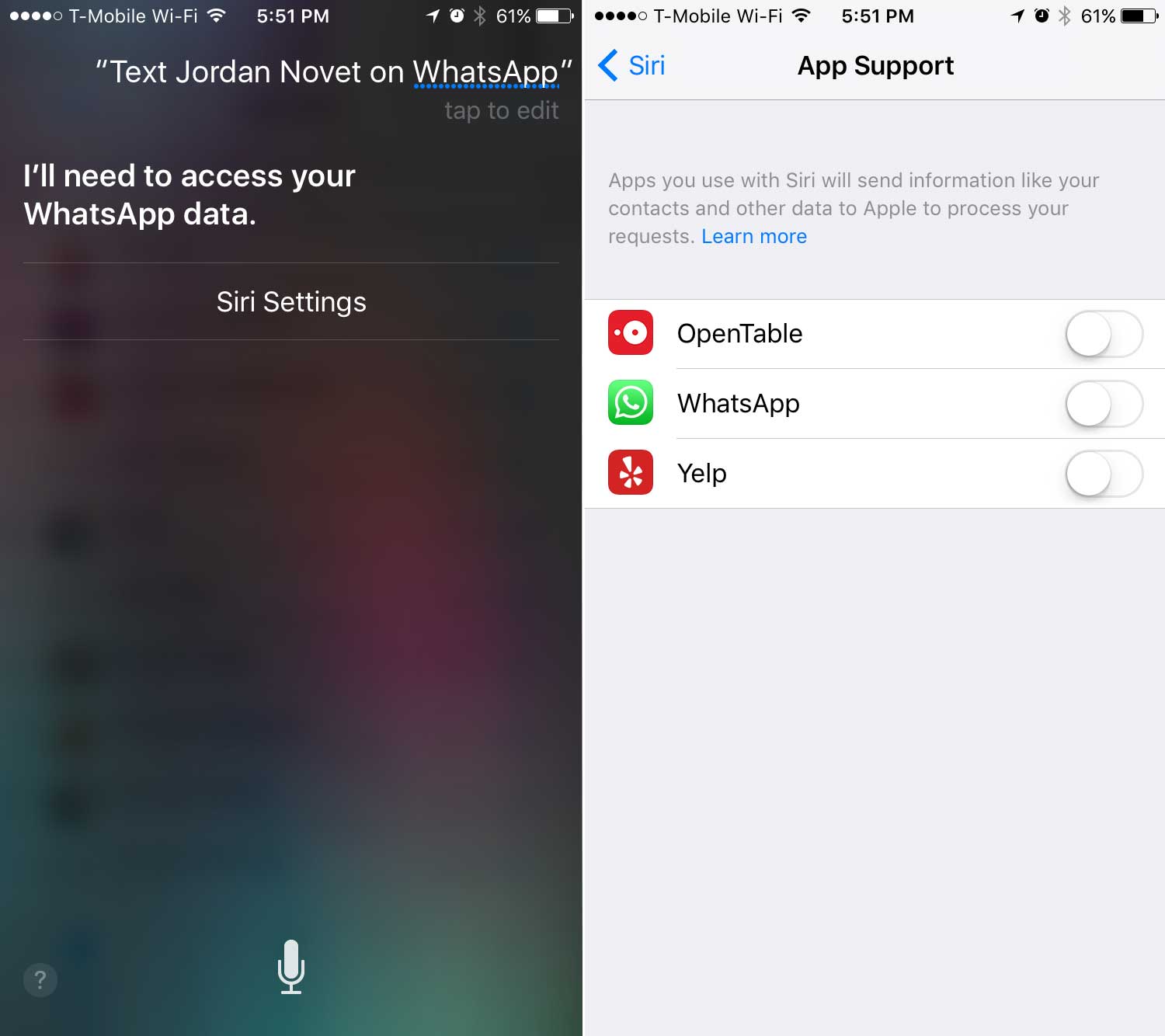 Above: Accessing Siri to send messages and make voice calls in WhatsApp.

Siri will guide you through the process step by step, from the message you want to send to who you want to connect with, and will confirm everything at the end. In initial tests, Siri appeared to recognize names it was given.

Currently, only WhatsApp supports this Siri integration, but it’s likely that Facebook could roll the feature out to its other messaging powerhouse: Facebook Messenger. When we tried this with Messenger, Siri responded with a message saying that “[Facebook] Messenger hasn’t set that up with me yet.” 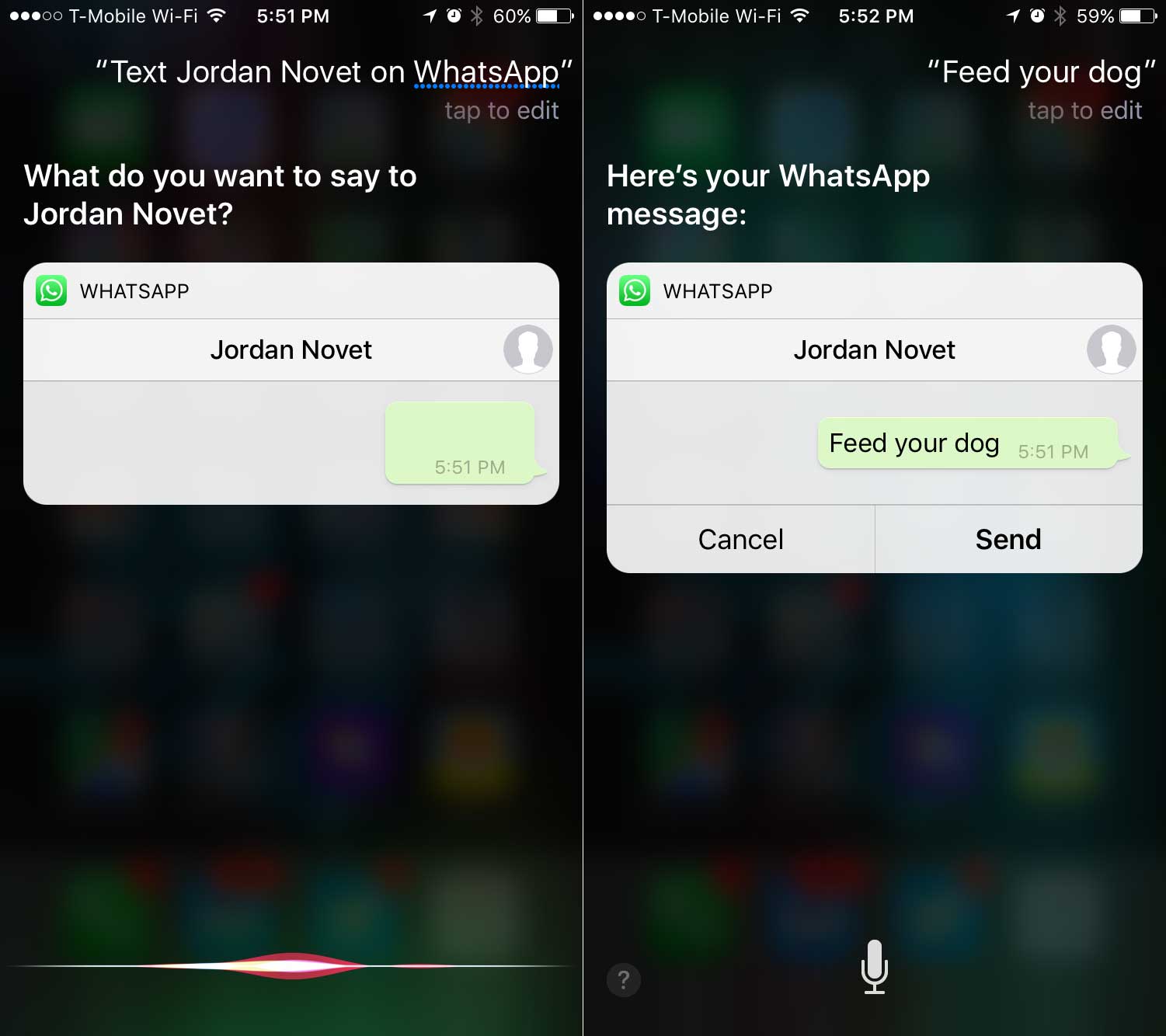 Above: Using Siri to compose a message in WhatsApp’s iOS 10 app.

Other updates to WhatsApp include being able to answer voice calls right from your lock screen, as if it were a standard phone call. The company has also added a widget to let you jump to recent chats or see unread messages. If you’re forwarding messages, the app now lets you send multiple chats simultaneously, and frequent chats now appear automatically.

You’ll need to download the latest version of WhatsApp to use Siri-enabled voice controls. This new capability should give you the freedom to easily communicate without having to stare down at your phone and type out messages. If you think about it, this seems a much faster way to talk to someone.