Twitter users first reported seeing the new feature in the Settings area of the WhatsApp iPhone app earlier today, and WhatsApp VP Neeraj Arora retweeted this an hour ago.

Looks like WhatsApp Web is turned on for iOS. pic.twitter.com/qGYwlqahIi

However, not everyone has the feature yet — as with many new WhatsApp features, it’s being switched on in stages. How long this takes to arrive for all iPhone users is anyone’s guess; however, WhatsApp is officially listing iPhone support on its web client page, so we can only assume it will be switched on for all imminently. 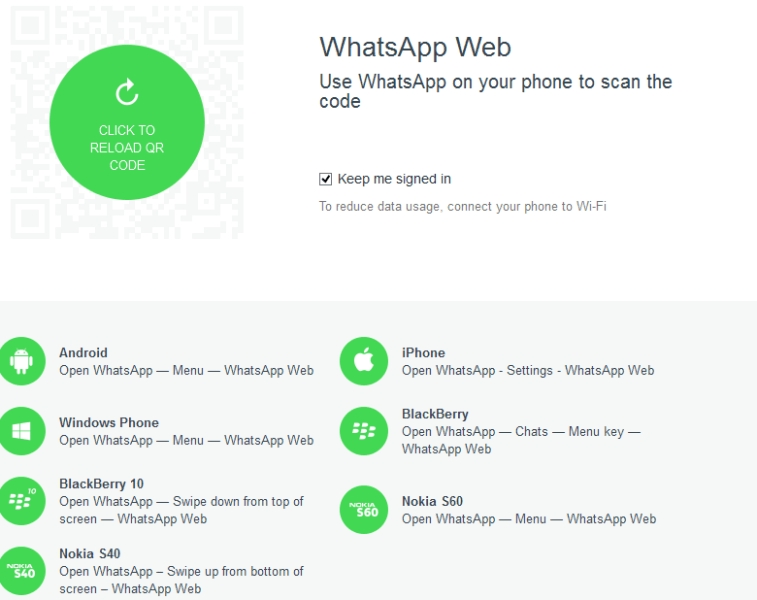 Above: WhatsApp for Web: Now on iPhone

It’s worth noting here that the web client isn’t a standalone app — it can only work in conjunction with the mobile incarnation. Indeed, you have to visit this webpage to scan the barcode, after which the browser effectively “mirrors” conversations from your mobile device in real time. The messages remain on the phone at all times, and if the phone’s connection drops, the web client stops working.

Facebook acquired the popular messaging app for $22 billion in cash and stock in February 2014, and it has gone from strength to strength in the 18 months since, now claiming north of 800 million users. WhatsApp has always been a mobile-first application, but there has been great demand for a web client too. While this isn’t a full-featured application, it does serve as a bridge between your smartphone and PC.