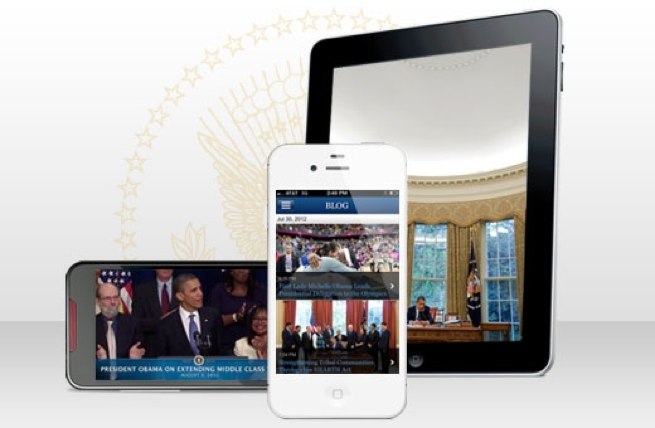 We the people, in order to form a more mobile union, do establish that iPhones, iPads, and Androids are our preferred devices for accessing timely information. Thankfully, the White House has taken notice of our preamble.

Tuesday, the White House announced a complete overhaul to its mobile tactics; it released a new mobile web version of WhiteHouse.gov alongside enhanced apps for iPhone and Android that are also now compatible with tablet devices. The White House also published the source code behind its apps to GitHub so that developers can remix the apps for their own purposes.

“Over the past two years the number of mobile visits to the site has tripled, reaching 15.17% of total traffic,” director of digital strategy Peter Welsch wrote in a blog post on WhiteHouse.gov. “In order to meet this growing demand, we’ve relaunched the entire White House mobile program, making it even easier to see what’s going on at 1600 Pennsylvania Ave.”

The updates come just ahead of the 2012 Democratic National Convention in Charlotte, and continue to push forward the message that President Barack Obama is totally with it and hip.

The Internet loves that the PODUS took to Reddit to answer ask-me-anything questions. The people also seem to adore Obama for establishing a mini brewery in the White House kitchen. The recipes for White House Honey Porter and White House Honey Ale were released to the public last week after much demand. The President even got a ton of retweet love for his photo response to Clint Eastwood’s quirky back-and-forth with an empty chair.