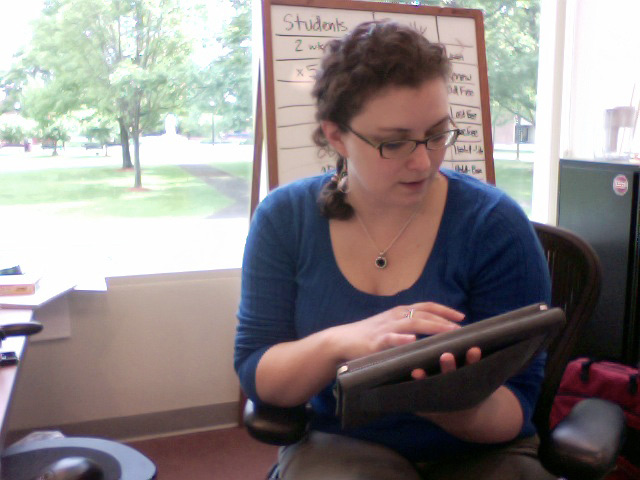 Currently, one tenth of tablets sold worldwide are being used by corporations. More and more, mobile devices are finding their way into the workplace in a movement commonly referred to as BYOD (bring your own device).

While this has provided IT departments with a host of new security challenges, companies are now finding ways to work with the flow by creating and releasing proprietary, internal apps for smartphones and tablets; some even using their own app stores to do so. A recent survey of IT pros at 6,275 organizations found 66 percent were considering developing a corporate app store.

The influx of mobile devices into the workforce has created ample mobility, an increase in shared content, and instant access to presentations and conferencing capabilities. The apps on those devices need to target the specific needs of the enterprise in order to increase productivity and streamline workflow.  Consider, for example, General Electric which launched its own corporate app store, GE AppCentral, in 2009. So far, employees have downloaded applications more than 350,000 times, including apps for productivity and service-oriented software. GE has made mobilization a strategy to enhance business, as well as showing an ability to work with the growing popularity of BYOD.

While most consumer apps are distributed through systems like Apple’s App Store or Google’s Play, it can often be difficult to obtain approval for proprietary enterprise applications, because of the terms and policies of the store, as well as the concerns the company has about intellectual property and security. Stores such as App47, Apperian and AppCentral (not connected to the GE system) all contain a simple and familiar user interface, but are designed to distribute and share applications needed in the workplace.

Industries such as health care, pharmaceuticals, truck design, and architecture have begun developing their own applications. The Economist, Barclay’s, and PepsiCo are all setting up internal app stores for employees; Pfizer has an app that makes it easy for employees to track down and contact coworkers who are traveling; Aflac has several apps that allow the sales team members to access customer data and claims records, and IBM and Medtronic are both creating internal app stores to provide employees, contractors, and authorized users with apps that will enhance their abilities to complete job tasks. Even the military is looking into apps that can remotely control the camera on a drone from a tablet, as well as smartphone apps that give soldiers digital markers of unit members, receive images from drones or satellites, and an augmented-reality app which overlays an image from the camera with additional sources.

The possibilities are just beginning to be explored; Volate, a start-up, modifies smartphones for doctors and nurses and has developed several proprietary apps that allow employees to look up different medications and their side effects, or identify pills brought in by patients. Staff now only has to carry one device, and the noisy overhead paging system is used much less frequently. Some companies are even incorporating apps for an internal social-network such as Chatter, the social-network for Salesforce.com employees, or Blue Pages, IBM’s internal social network.

iPad at work image via Jenica26/Flickr