Facebook has a track record of giving the boot to the old way of doing things, but the social media giant made an announcement yesterday that was less a death knell to old tech and more an arm ’round the shoulder of a much-cherished relic of yore: SMS. 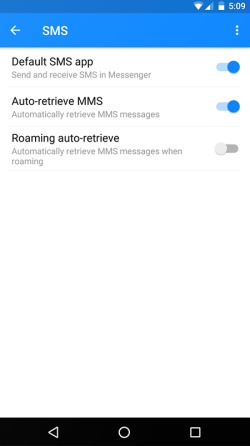 The company started testing the feature back in February, but Facebook Messenger users on Android can now access all their personal Facebook and SMS messages in a single app. This flies in the face of pronouncements Facebook has made in the past about the benefits of mobile messaging apps over text messaging — why it paid around $20 billion to acquire WhatsApp and why it forced Facebook users to download the separate Messenger app if they want to access messages from friends and family.

To set Facebook Messenger as your default SMS app, you simply head to Settings within the app, select “SMS” from the menu, and activate “Default SMS app.”  Going forward, your SMS chats will appear in purple, and Messenger chats in blue. The feature isn’t available to iOS users, because Apple restricts access to SMS for third-party app makers.

So why has Facebook now decided to embrace SMS? 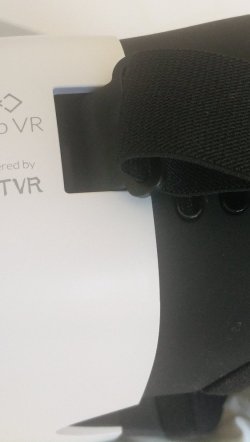 The answer is simply that Facebook wants you using the Facebook Messenger app as much as possible, except it knows there are still countless people not using the service.

Facebook Messenger has more than 900 million users, but basic feature phones are still prevalent in many markets, and some demographics, including older generations, still aren’t on the service. This means that those who do use Facebook Messenger have to switch between two apps to communicate.

By opening up to SMS, Facebook is making it slightly more convenient to communicate with everyone you know. But that shouldn’t distract you from Facebook’s broader mission of creating a siloed internet offshoot through which it controls everything that’s going on in your digital life.

Facebook Messenger is already becoming a mini version of the internet — a place where companies and consumers interact and online media outlets are encouraged to publish directly to Facebook using Instant Articles. YouTube is now a second-class citizen to Facebook’s own video offering.

In short, Facebook wants to steer you away from the web and into its own gargantuan networking ecosystem.

David Marcus, VP of messaging products, gave some notable insights into the company’s thinking around old communication vehicles in this statement back in January [emphasis ours]:

It’s true that mobile messaging apps allow more options than SMS currently does, but there are reasons SMS is still going strong. Marcus calls Messenger a “cross-platform” experience — which it is; you can access it on any device. But it’s not cross-platform in the sense that you can send messages to those using other messaging apps. With SMS, you can send messages to anyone with a mobile phone number, even if their messaging service of choice is Telegram or Viber. Also, SMS is delivered across a cellular network that is often available where mobile internet isn’t, or where mobile internet is prohibitively expensive (e.g. abroad).

Let’s be clear about one thing: Facebook doesn’t like phone numbers, and it doesn’t like SMS. But it also acknowledges that they’re both necessary evils for now, which is why it is embracing text messaging. Its priority is to get your attention focused entirely on the world of Facebook.