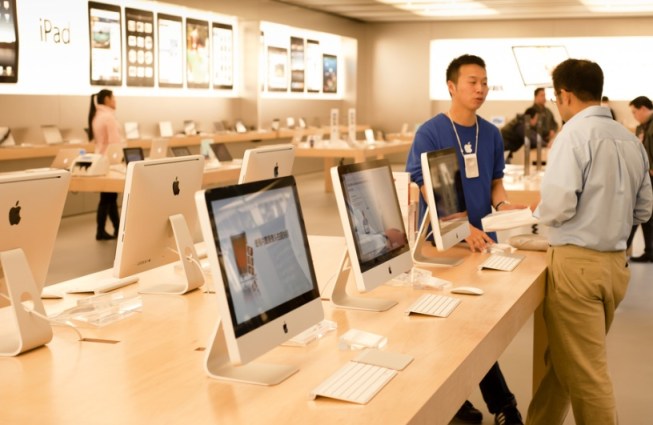 After less than a week, I’m ready to return my iPad mini.

I already have five tablets in my single-person household, including all three previous generations of iPads and a Google Nexus 7. I thought the mini would fill a small niche in my tablet needs, such as controlling my TiVo or Sonos system. So I bought the low-end 16GB Wi-Fi only iPad mini. I was wrong.

I like it so much that I’m going to return it and get a 32GB 4G iPad mini. I expect it will become my primary tablet. I’ve had various tablets since the Newton MessagePad 110. I’ve spent a lot of time with iPads, the Nexus 7, and Kindle Fire. iPad mini is easily the best tablet ever. (I haven’t tried out the Surface, so I don’t have that as a basis of comparison.)

My love for the mini over the other iPads comes down to one thing: size. It’s perfectly sized for every room in the house. It’s perfectly sized for travel, where every ounce counts. My most frequent use is while I’m watching TV. I use it to control my TV, play Pandora on my house’s speaker system, check email, tweet, and update Facebook. It’s much lighter than the iPad 3 I used to use for these tasks.

I do miss the iPad 3’s Retina display. Yes, the display is a step down, and I definitely notice it. But when I have the iPad 3 in my hand, I now notice how heavy it is more than I notice the crispness of the display.

A secondary reason is that the build quality on the iPad mini is fantastic. Although the Nexus 7 is a terrific tablet for the price, it’s not an iPad mini in fit and finish.

At the same time, I’m not sure that Apple’s dominance of the tablet market will last. There is a big price difference between the cheapest iPad mini ($329) and the closest comparable Nexus and Kindle devices ($199).

The thing that has held back the Android app market is that most of the tablets on the market were terrible (cheap Chinese OEMs) or expensive (“not iPads” from the likes of Samsung), so no one bought them. Amazon and Google’s products are solid contenders, and as the companies push them heavily, we will see enough of a solid core of tablet-optimized Android apps. The fragmentation between the Amazon and Google app stores is a barrier, but I expect there will be enough customers for a meaningful market for app developers.

Because Amazon and Google are essentially selling the devices at cost, I don’t expect them to spend a lot of money to match Apple’s build quality. But for many people, a 65% cost difference will be enough to put up with some cheap plastics.

The danger for Apple is that Android becomes the platform where the bulk of tablet users are and developers start taking an Android-first approach.

Until then, I’ll be enjoying the best tablet ever.

Disclosure: I own stock in Apple, Google, and Microsoft.