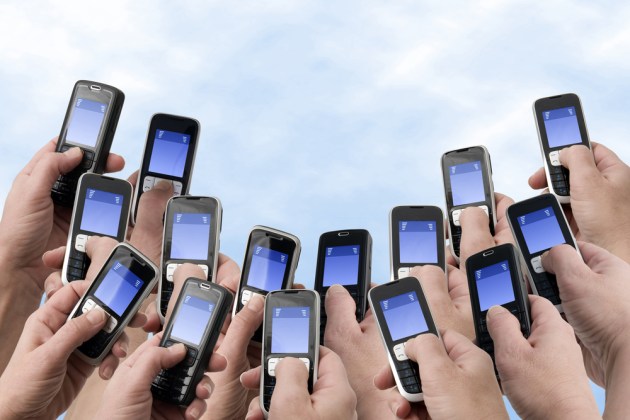 Smartphones are being used for basically everything nowadays, but don’t count on being able to use them to contribute to your favorite presidential candidate this fall.

While the Federal Election Commission has approved measures to allow cell phone users to use their phones to contribute to political campaigns, wireless carriers like Sprint, AT&T, Verizon, and T-Mobile,  have been hesitant to adopt them, reports Reuters, which cites a number of anonymous industry sources.

While smartphone owners have been able to donate to charities like the Red Cross by text for some time now, doing the same for political campaigns is another matter. Unlike with charities, there are some major limitations on who can contribute to political campaigns, and the mobile carriers don’t want responsibility for policing those limitations. Foreign nationals, for instance, aren’t allowed to contribute to candidates, nor are federal contractors.

This reluctance among the carriers makes it unlikely that they will introduce new initiatives in time for the upcoming presidential election.

If you are curious why this is such a big deal, blame the tech-savvy millenials, who are set to contribute an increasingly large part of the bottom lines  to campaigns in the years to come. As the 2008 election showed, attracting younger voters means attracting more cash.  And every candidate wants to be a part of that.

So what can we look forward to with texting donations? Lots and lots of this:

“Reply YES to give $20 to Romney & certify ur 18+ & donating with own funds, not foreign national or Fed contractor.  Terms m-qube.com/r Msg&Data Rates may Apply.”