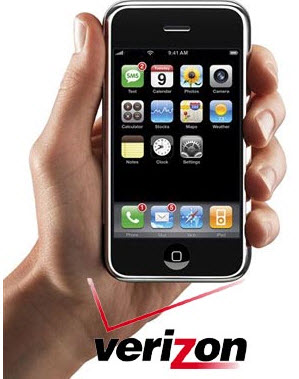 Evidence is growing that Verizon is going to launch a version of the Apple iPhone on its network in the U.S. in January. Rumors have abounded on this subject, and some more have surfaced this weekend.

Steve Cheney, writing for Techcrunch, reports that his sources tell him Apple has placed orders for million of Qualcomm chip sets that use the CDMA (code division multiple access) cell phone protocol. That’s telling because AT&T uses a GSM (Global System for Mobile Communications) protocol and thus uses GSM-based chip sets in its iPhones. Verizon uses the CDMA-based network. So if Apple is stocking up on Qualcomm CDMA chip sets for orders that are to be delivered in December, that points to a launch of a Verizon iPhone in January, Cheney wrote.

Apple has never procured CDMA chip sets from Qualcomm before. If it wants to be able to start selling millions of units in January, then it has to line up the supply now. If it’s true, it would be a coup for Verizon, which has long wanted to break AT&T’s exclusive on the iPhone. Verizon chief executive Ivan Seidenberg is giving a talk at the Consumer Electronics Show in Las Vegas in January. It would be sweet to announce the Verizon iPhone there.