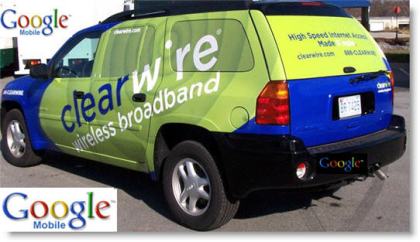 The $789 economic stimulus bill could be a boon for WiMax, the wireless broadband and next-generation cell phone technology that is supported by some big tech giants.

Sean Maloney, executive vice president and chief sales and marketing officer at Intel, said in a call this week with reporters that WiMax companies would likely be eligible to receive some of the $7 billion set aside to subsidize broadband for rural and inner city communities.

That’s important to struggling companies such as Clearwire, a WiMax wireless broadband startup headed by billionaire Craig McCaw. Clearwire has raised $3.2 billion from companies such as Intel, Google, Time Warner and Cisco, but it has taken a beating lately.

Intel had to take an “impairment charge” of $950 million from its investment in Clearwire last month, just weeks after the deal closed in November, because of a big drop in Clearwire’s valuation. At $3.62 a share on Friday, the Clearwire stock is about 20 percent of the value of its 52-week high. 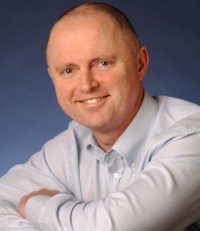 Clearwire has also said it needs to raise $2 billion more in the next couple of years in order to build out the rest of its WiMax network. It has begun offering inexpensive mobile wireless plans in Portland, Ore., but critics have pointed out that the infrastructure Clearwire had to build to get full coverage in that region was more costly than expected. With lots of competition from Wi-Fi networks and other broadband providers across the country, some fear Clearwire has many troubles ahead.

That’s where the stimulus money comes in. Intel’s Maloney (right) said it would be a shame if WiMax providers couldn’t get some of the stimulus funding, because WiMax is an ideal technology to deliver wireless broadband to the rural and inner city communities that are being targeted for spending.

In the long run, WiMax faces serious competition from Long Term Evolution, a rival radio technology favored by the incumbent carriers. Michel Wendell, a mobile expert and partner at Nexit Ventures, said last week on a panel I moderated that WiMax is taking a hit now because it is further along than LTE. The recession is putting a crimp in WiMax, giving LTE a chance to catch up. You can bet the LTE lobbyists are already putting together their arguments about why the government should avoid WiMax. But the more WiMax is on the ropes, the more the government may be inclined to come to the rescue.

Nortel Networks was a supporter of WiMax and a partner of base station maker Alvarion. But it filed for bankruptcy protection last month and dropped its WiMax plans in favor of LTE. Meanwhile, Maloney said that Clearwire has plenty of cash for the present and that about 80 percent of WiMax activity is overseas, an indication that the ecosystem for the new technology is healthy.

Update: For more insight into the relative strengths of LTE and WiMax, see the discussion on GigaOm. You’ll see that this race is far from over, and that LTE has its own challenges.