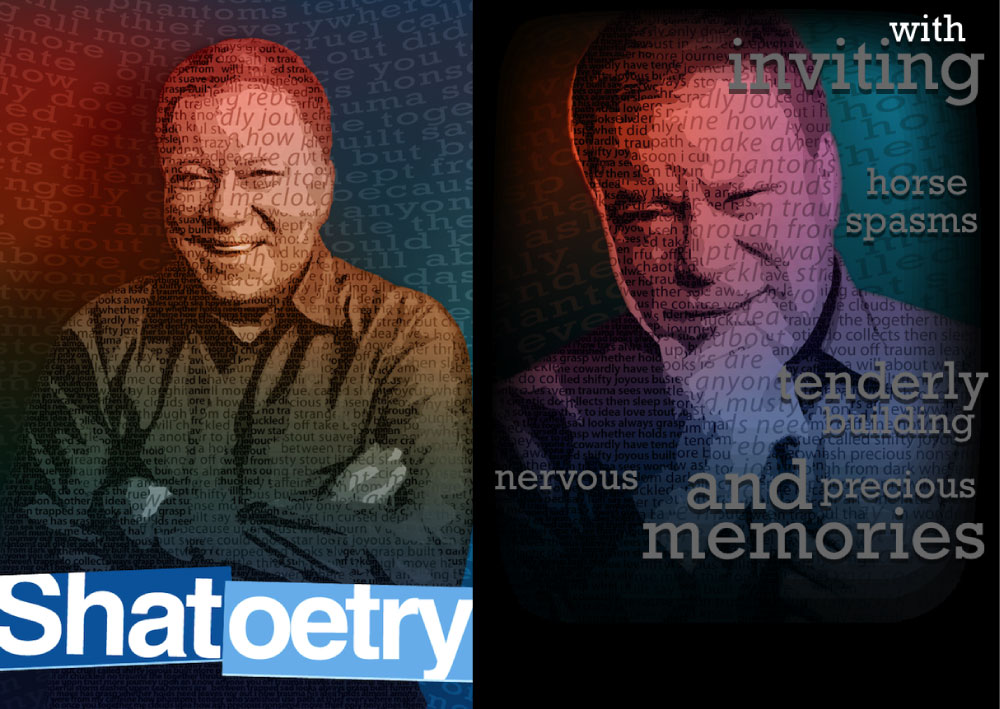 Believe it or not, there are some instances where mankind has produced some truly disgusting uses of technology — disgustingly awesome, that is. The most recent example is the new Shatoetry iPhone app from the greatest performer who ever lived, William Shatner.

Shatoetry is indeed a play on words, combining both Shatner and poetry, to perfectly describe the app’s purpose. The famous actor is often known for delivering lines with unnecessary pauses intended to add a dramatic tone to a performance. And Shatoetry lets you put words into his mouth — sort of like a talking pet monkey, but more awesome and Canadian.

The app essentially gives you a huge soundboard of words spoken by Shatner. You can drag words to the screen and arrange them into a sentence, adding pauses when appropriate. Tapping a word gives it a greater emphasis or changes the tone, while tapping the pauses makes them longer. Once you’re finished arranging, you tape the “Shat That” (seriously, that’s what it’s called) button to play it back. If you like it, you can share it on Facebook, Twitter, YouTube, or via email.

There’s even a co-op mode that lets you build “Shatisms” with friends. It actually uses Apple’s Game Center to find other people to play with, which I wasn’t expecting at all. Each person get a set time limit per turn to drop as many words onto the app before the buzzer dings. Then it shifts to the other player.

The app is amusing, but its one setback is in actually sorting through the huge list of words to craft the perfect Shatism. It would be far less time consuming if the developers sorted words by type (verbs, nouns, adjectives, etc.). After about 20 minutes, I settled on my own Shatism, which is embedded as a YouTube video below.

And should there be any doubt, the app did come from Shatner’s brilliant mind, according to the app’s developers, Blindlight.

“All we did was to focus on what Mr. Shatner had already done (which is MASSIVE), and figure out what part of will be most interactively rewarding on a mobile platform,” Blindlight General Manager Lev Chapelsky told VentureBeat. His firm has over a dozen years of experience getting celebrities to uniquely utilize their talents through technology and was instrumental in signing Paul McCartney to score a recent Bungie game.

“For us, the product and the celebrity need to be integrally sensible,” Chapelsky said. “Shatoetry is a voice app concept that’s uniquely Shatner.”

Chapelsky said the development team is planning to release an Android version of Shatoetry in the near future. The team would also like to offer users additional “word packs” as in-app purchases at some point. For instance, a winter holiday word Shat pack would make a lot of sense in a few more weeks.

Shatoetry is available to download in Apple’s App Store today for $2.99.