The effects of a free upgrade to Windows 10 are starting to trickle in. Available for just over a month, Windows 10 has now captured more than 5 percent market share, according to the latest figures from Net Applications.

In just four weeks, Windows 10 has already been installed on over 75 million PCs. Microsoft is aiming to have 1 billion devices running Windows 10 “in two to three years,” though that includes not just PCs, but smartphones, consoles, and other devices as well.

Windows 10 had 0.39 percent market share in July, and gained 4.82 percentage points to hit 5.21 percent in August. This is the fastest we’ve seen an OS hit 5 percent, and while we’re unlikely to witness growth like that again, we doubt the firsts will stop here. 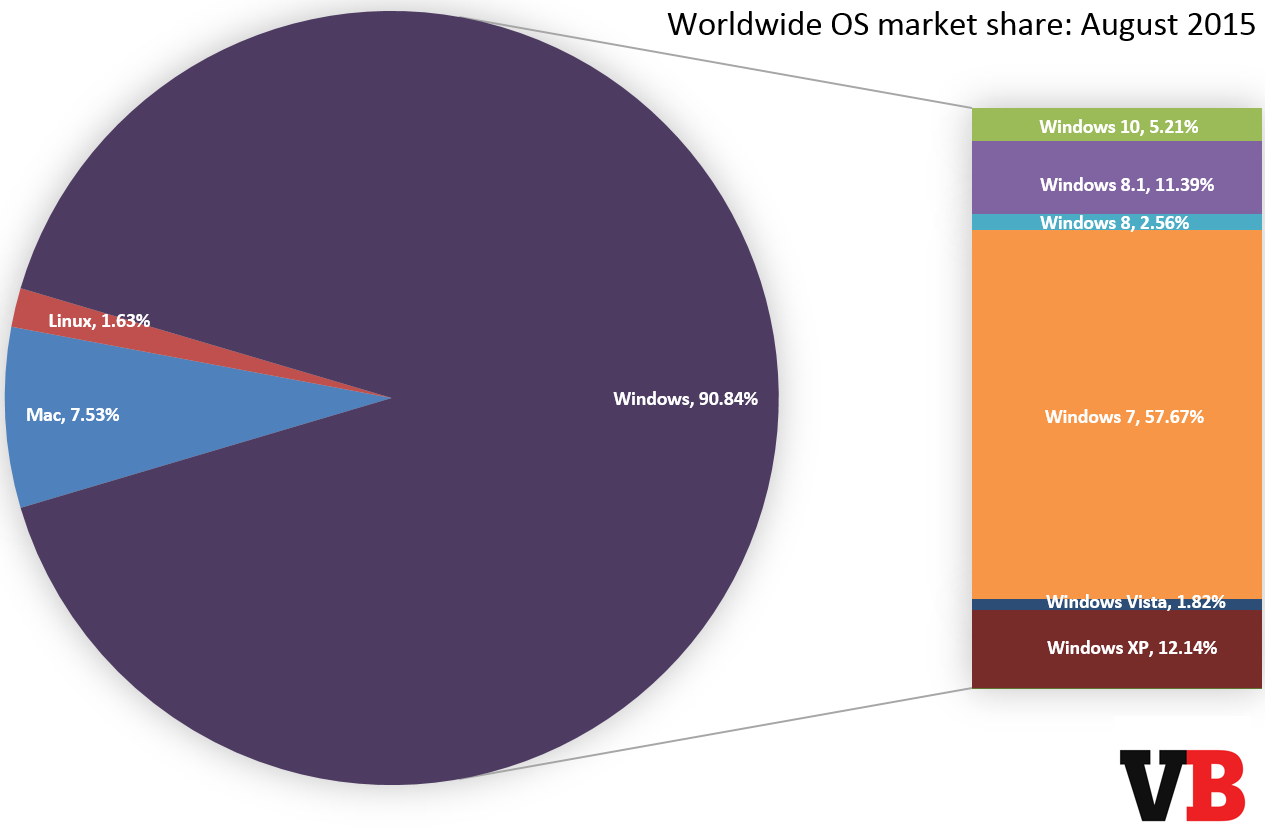 Unsurprisingly, Windows 10’s predecessors aren’t doing so well. Windows 8 slipped 0.21 percentage points to 2.56 percent, while Windows 8.1 fell 1.71 points to 11.39 percent. Together, they owned 13.95 percent of the market at the end of August, down from 15.86 percent at the end of July. The duo never even passed the 20 percent market share mark (they peaked at 16.45 percent in May), and with Windows 10 now available, they never will.

Windows XP somehow managed to gain 0.40 points to 12.14 percent. The free upgrade to Windows 10 doesn’t apply to Vista or XP, so it’s no surprise we’re not seeing large drops right away. That said, it shouldn’t be long now before XP sees single market share digits again, as businesses slowly react to Microsoft ending support for the operating system in April 2014.