Microsoft may release Windows 10 to Xiaomi Mi 4 users as soon as Thanksgiving, a blog post suggests.

In a post on Chinese microblogging site Weibo, a Microsoft employee showed off a picture of a Xiaomi Mi 4 with Windows 10 OS. In this brief post he said, “Turkey Day is coming. The Win10 Xiaomi beta is also not far,” according to Google translate. 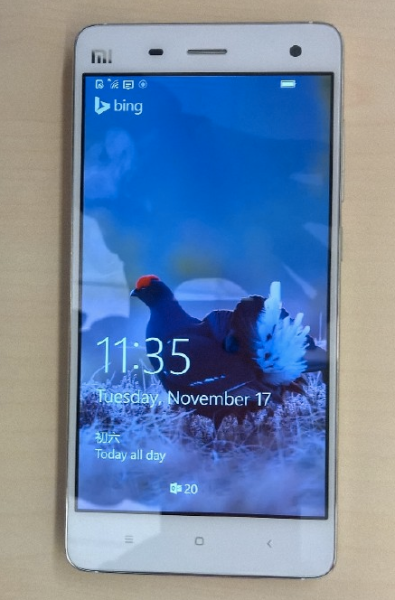 Microsoft first announced plans to test Windows 10 on a select number of Xiaomi Mi 4 devices in the beginning of the year. In March, Xiaomi said that Microsoft was developing a Windows 10 build specifically for Mi 4 phones, which would be released to a small group of power users in Xiaomi Forum in China. A few months later, registration for the beta program opened.

Prior to this experiment with Microsoft, Xiaomi ran exclusively on Android. If the Windows test is successful, it has the power to get Window’s operating system into a lot more hands, globally.