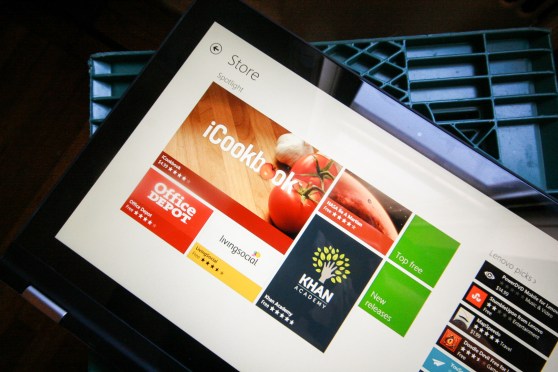 On the app selection front, Windows 8 is quickly coming into its own.

The Windows 8 Store now features over 20,000 apps, according to independent analysis from WinAppUpdate. The latest number is a big increase over the 12,895 apps the store featured earlier this month. Microsoft is adding roughly 400 apps to the store each day.

While those numbers are pretty good taken alone, they’re microscopic compared to those of competing platforms. Apple passed the 1 million mark on the App Store earlier this week and Google, right on its heels, now offers roughly 700,000 apps on Google Play. Surprisingly  the Windows 8 Store has already surpassed the Apple Mac App Store, which features roughly 12,636 apps, according to AppShopper.

So it’s a mixed bag, performance-wise.

But that’s just in terms of quantity. The more significant short-term mission for Microsoft is adding key apps like Google Chrome and Facebook to the Windows 8 catalog. These are the apps users will be looking for when they run Windows 8 for the first time, and the ones Microsoft should ensure make it to the platform sooner rather than later.