Every week, VentureBeat editors are crowning the very best mobile developers as “King of Code” via an exclusive editorial profile on VentureBeat.com. We’re looking for innovative developers who are really pushing the envelope in the mobile space. Enter here for a chance to win an exclusive profile on VentureBeat.com, a $1,000 AMEX Gift Card, an Xbox & Kinect Package, and/or a Windows Phone 7 Device. The King of Code contest is sponsored by Windows Phone. 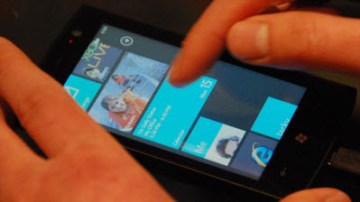 Microsoft faces an uphill battle in the mobile phone software competition with Google Android and Apple’s iOS (which runs on iPhones, iPod Touches and iPads). Capturing a share of the smartphone OS market with its Windows Phone 7 mobile operating system is critical to Microsoft, since there’s a tectonic shift happening as users shift from PC computing to mobile computing. The question is whether Microsoft is too late or it is getting to the market just in time to keep its rivals from dominating the market.

“The first task with Windows Phone 7 was just to get it out there,” said William Stofega, an analyst at market researcher International Data Corp. and program director for mobile devices and trends. “Apple and Android have a huge head start. But Microsoft has a chance with developers who haven’t liked dealing with the challenges of the other platforms.”

Windows Phone 7 needs to work some miracles for Microsoft, whose grip on the cell phone market has been shrinking. And Microsoft’s presence in tablet computers is nonexistent. So far, a few million Windows Phone 7 devices have shipped, compared to more than 100 million iOS devices.

But the new operating system introduced last November has 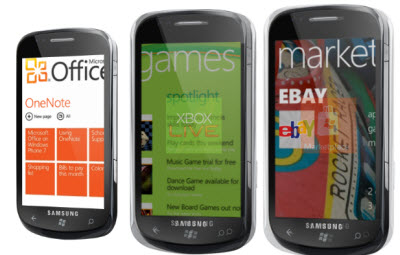 stopped a long slide for Microsoft and given it a foothold in smartphones. The company is expected to launch a tablet version soon and could also make another leap forward when Windows 8 launches in 2012.

IDC says Microsoft had 4.9 percent market share of smartphones in 2010. In 2011, that is expected to grow to 5.5 percent, or 24 million units sold. By 2015, Windows Phone 7 could grow its share of the overall market to 193 million units, or 20 percent of the market. That would make it second only to the Android phone market share, according to IDC.

That’s a very sizable gain, and it pretty much means that Apple is going to go nowhere in terms of market share growth. That’s not necessarily a great bet. ABI Research believes that Microsoft will have a much harder time and may take a little more than 7 percent of the market by 2016. That’s only if the company has “incredible success” through its partnership with Nokia. 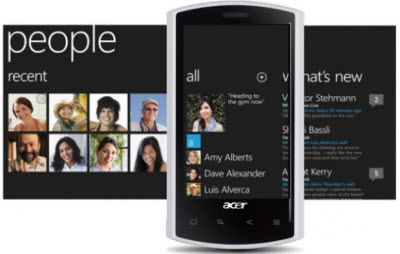 Still, the Windows Phone 7 operating system represents a number of advances for Microsoft in its ongoing quest to become credible in mobile devices.

To create a standardized experience, Microsoft restricted what phone makers could do in terms of display size and various design points. By contrast, too many of the makers of Windows Mobile 6.5 phones went wild with their designs, resulting in poor user experiences.

Fortunately, Windows Phone 7 is fully touch-enabled and bears little resemblance to Windows Mobile 6.5. The basic user interface is good, with large icon buttons that let you maneuver without making errors, which is common in other mobile devices such as Blackberrys. These buttons lead to hubs such as People or Games that allow you to follow your friends easily and quickly incorporate their pictures from social network pages with their phone numbers from your address book.

Cool features include a virtual keypad that works pretty well, helping you type without making errors. The speech engine works well when integrated with apps.

It also has Xbox Live integration. You can link your online gaming service account to the phone, allowing you to check the status of your friends, use your own avatar from the service on your phone, and earn Xbox Live achievement points by playing various mobile games. That integration gives Microsoft an edge with the 50 million or so Xbox Live members who are hardcore users of technology.

Developers should be happy about the Xbox Live integration because it improves the discoverability of their games. And rather than compete against tens of thousands of games, the developers on Xbox Live can compete with a much smaller number of titles for user attention. Microsoft can highlight cool games on Xbox Live, helping with discovery.

“We think that Windows Phone 7 is a good platform for quality games,” said Dave Roberts, chief executive of PopCap Games, the maker of titles such as Bejeweled and Plants vs Zombies.

While PopCap is a sizable company with more than 400 employees, smaller developers have a tougher time supporting Windows Phone 7. That’s because they can make a lot more money-making iPhone apps. Their second choice for app development is usually Android, based on sheer numbers.

Microsoft launched in the fall with carriers such as T-Mobile and AT&T, but now it has added Verizon as well.

Windows Phone 7 now has more than 20,000 apps, compared to more than 500,000 for the App Store. That means that Microsoft has more than the basics covered for people who want to have a variety of apps. There are some cool apps like BEA’s 3D airplane cabin app, which shows you an interior view of an aircraft. 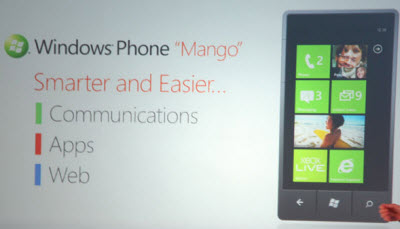 In a number of ways, Microsoft’s future in mobile phones looks brighter. The good thing is that the worldwide smartphone market isn’t monolithic, where one size fits all. Partners such as Asus, LG, Samsung, HTC, Fujitsu, Acer, ZTE and Nokia will likely find ways to differentiate their hardware.

With the upcoming Mango version of Windows Phone 7, Microsoft will add the ability to run the Internet Explorer version 9, which delivers a faster internet experience and HTML5 compatibility. Microsoft has a lot to prove in terms of doing an update correctly, since it botched a major update in February. Mango reportedly has more than 500 new features and it will be available on all existing handsets via a free update. 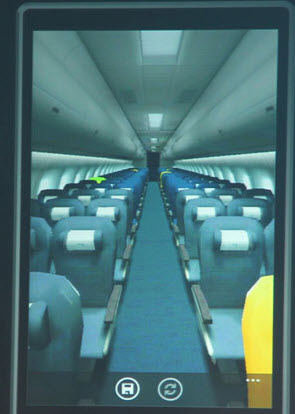 Mango, which debuts in the fall, will also include multitasking, which is something that the iOS already has. Multitasking, or the ability to run multiple applications at once, will allow WP7 phones to run certain programs in the background, switch between apps quickly, and transfer audio in the background. As part of the update, developers will be able to integrate their apps more deeply with the OS, including taking advantage of Live Tiles (found on WP7’s home screen) and background push notifications. Developers will also get access to the camera and other sensors (including gyroscopic and compass) of WP7 devices with the Motion Sensor Library.

Microsoft also showed off new apps coming to Windows Phone 7, including Skype (now that Microsoft owns the voice and video calling service), Spotify, and Kik Messenger. One of the cool upcoming apps is one from British Airways (pictured). It allows you to book your flight, book your seat using a cool 3D view of the interior of the airplane, and find out where your terminal is. You can get a pop-up that tells you when your check-in is available and you can do that from your phone. You can pin your boarding pass to a Live Tile, with a QR code for your ticket.

And there are bigger things on the horizon for Microsoft and Windows Phone software. At some point, the fruits of the Nokia-Microsoft alliance will materialize. Stephen Elop, the former Microsoft executive who became CEO of Nokia in September, concluded that Nokia could differentiate its smartphones by customizing Windows Phone 7 as needed.

Nokia has lost a lot of market share to Apple, but on a worldwide basis, Nokia is still the largest handset maker. The first Nokia Windows Phone 7 phones are expected to arrive in 2012. By the end of 2013, Nokia plans to stop shipping phones with versions of the Symbian operating system.

In that alliance, Microsoft could gain ground in emerging markets and big overseas markets where Nokia has historically been strong. That includes places like India and China and categories such as entry-level phones.

“Overall, Microsoft should be able to expand its addressable market by four-fold,” Stofega said. 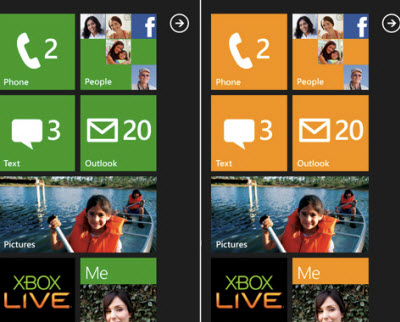 Surveys show that when you put Windows Phone 7 smartphones in the hands of people who aren’t smartphone users, the results are positive. Microsoft is also usually strong in the enterprise and so it has a decent changes of convincing IT managers to use Windows Phone 7 phones.

The company’s Office apps are integrated into the phone so that they work seamlessly with the email on the phone. If Microsoft stays focused on developing enterprise apps, it could make big gains in that market.

To expand its sales, Microsoft probably has to start a bigger ad campaign and it could spend more money on developer evangelism, Stofega said. Microsoft already has a large sales force in place for selling software and it can capitalize on that for selling Windows Phone 7 phones. Now, in the mobile computing market, they finally have something good to sell.

None of this progress is a given. Microsoft has a bunch of tasks to do in order to save its bacon on Windows Phone 7, according to eWeek. As a last resort, Microsoft might have to offer another Microsoft-branded phone. That didn’t work so well with the Kin social networking phone. But you never know how a better-designed experience might work.