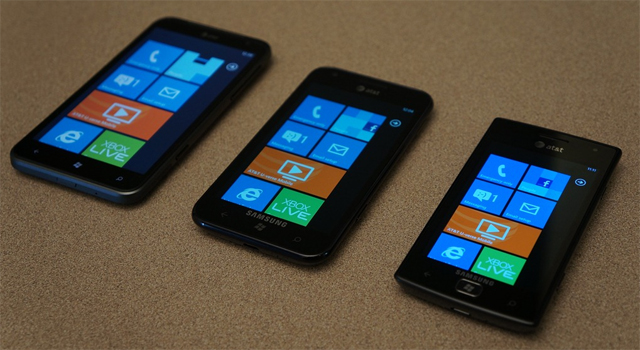 2012 could be a quite a year for Windows Phone 7. Several new developments with Microsoft’s upstart mobile platform were revealed yesterday at the AsiaD conference that could help it become a much bigger player, including less expensive hardware options and the addition of LTE and NFC capabilities.

Several research firms, including Gartner and IDC, have predicted the Windows Phone 7 platform will be the No. 2 overall smartphone platform in the world by 2015. What hasn’t been clear up to this point is how well Microsoft could emulate Android’s success of flooding the market with all types of phones from various manufacturers. Andy Lees, head of the Windows Phone division at Microsoft, cleared some of that up yesterday at AsiaD.

First, Lees noted that Microsoft expects the base cost of manufacturing handsets running Windows Phone 7 to drop by more than half from when the platform was introduced last year. With help from major chip maker Qualcomm and other parts makers, the company believes powerful Windows Phones will be manufactured for less than $200, which will greatly help with selling more units to carriers and consumers. For comparison’s sake, the new Apple iPhone 4S costs about $196 to manufacture, according to IHS iSuppli.

So far, huge manufacturers Samsung and HTC have brought Windows Phone 7 devices to market. But soon Nokia will also be in the game and will try to leverage its position in Europe and emerging markets to sell a ton of Windows Phones.

Another major point that Lees brought up during his talk concerned the power and abilities of future Windows Phone hardware. In 2012, Microsoft will support 4G LTE functionality to the Windows Phone lineup and NFC (near-field communications) for mobile payments. Additions like that will help keep Windows Phone 7 competitive with iPhone and Android devices.

Microsoft also used its time in the spotlight to show off three upcoming Windows Phones running the greatly improved Mango operating system. The phones are the HTC Titan, Samsung Focus S and Samsung Focus Flash. You can see the three phones in the above photo, and all three of them look like slick pieces of hardware. The three will be released on AT&T in the near future, and we have no doubt Microsoft will be shouting loudly when they are released to try to lure buyers away from the iPhone 4S, Motorola Droid Razr, Samsung Galaxy Nexus and other top-notch smartphones this holiday season.