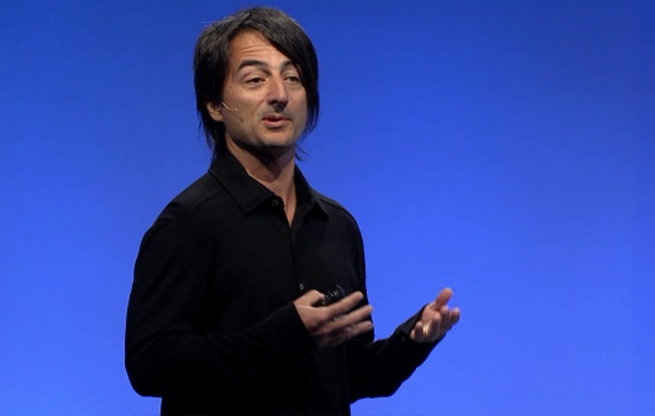 Microsoft made a boatload of announcements today regarding Windows Phone 8, its new mobile operating system coming this fall. And it’s clear the company is making a huge push to get more developers involved with the platform.

In a developer and press preview, the company showed off eight big platform features and two major changes in how Windows Phone will work for developers. So we reached out to a few Windows Phone developers to see how these changes will affect their experience and business.

One kernel to rule them all… ish

First things first. Microsoft is making some big claims about compatibility between Windows 8 and Windows Phone 8. In fact, an executive said the two platforms share a common kernel and that the same code could run on both. (The old Windows Phone OS had a kernel based on the Windows CE kernel.)

Developers are undecided about what this means in theory and in practice.

“It’s not necessarily PR fluff, but it isn’t anything new. With Windows Phone 7 and XNA, you could target PC, WP7 and Xbox 360 with the same project,” said Tyler Schacht, who develops a successful video poker app for Windows Phone and iOS.

Josh Smith, a developer who works on the Windows Phone platform at Appsmyth, further noted that regardless of operating system (theoretical) interoperability, a mobile app would still need specific development and design.

“The desktop and mobile devices are fundamentally different forms of interaction, and there is very little to be had in common. Mobile apps are about unique interfaces, utilizing interesting technology (like the mobile wallet in the Windows Phone, which provides the potential of a brand new loyalty experience), and creating an engaging experience on the go,” said Smith. “That simply does not replicate into a desktop app if you’ve designed your mobile app correctly.”

Another big announcement today was that Windows Phone developers would be able to write apps and games in C++/C — a particular boon for game developers.

“Existing high-powered game engines can come across to Windows Phone with ease,” said Matt Cavanagh, another Windows Phone dev. “Lots of game companies didn’t want to rewrite their whole codebase (and in some case couldn’t because of the lack of native access).” The result was fewer Windows Phone games and a smear on Windows Phone’s image in game-dev circles.

“The problem … with WP7 was that is was lacking the big-name apps that iOS and Android users were used to,” Schacht concurred. “Sure, Microsoft supported (or ‘sponsored’, in my opinion) apps like Angry Birds and Fruit Ninja, but now we could see many more ‘tri-platform’ titles without direct intervention from Microsoft.”

Schacht also noted that game engines and frameworks such as Corona SDK and Unity can now be ported to Windows Phone 8. “This will make it much easier for existing apps on iOS and Android to be released on Windows Phone 8,” he said.

Smith said the new languages (not to mention the lovely Metro UI style) may also serve as iOS dev bait to lure Apple fan-devs to the dark side.

“This is generally a lot easier for developers than developing on the traditional Windows platforms,” he said. “Developing in C/C++ means people with Objective-C experience can pretty easily cross the gap, and Windows Phone can be supported by an already established iOS team that is willing to learn some new conventions.”

Overall, we were pretty impressed with Microsoft’s bid to win developers’ time and attention. Today’s presentation was glossy as all get-out, and the executives gave us plenty to be excited about.

But can Windows Phone 8 compete with Android’s popularity (and money-making potential) or Apple’s “it just works” magic between the desktop and mobile experiences? More importantly, can it avoid pitfalls such as fragmentation and stagnation?

For many developers, even ones who have had success on Windows Phone in the recent past, WP8 is still a “wait and see” platform.

“Microsoft may be aiming to avoid the fragmentation in the future, but they badly fumbled the ball with WP7,” said Schacht. “As of this announcement, every WP7 phone sold is technically ‘last gen’.” And none of those phones will be able to run Windows Phone 8, we were told by Microsoft this morning.

“One of our biggest pain points right now is developing across all manner of different Android devices and versions,” said Smith, echoing other’s hopes that tight links between desktop and mobile operating systems would lead to Windows continuity across all devices.

“Windows 8 is a sufficient improvement on earlier variants that we will begin to develop for it shortly,” he said. “If anything, this makes it easier for us as we can use some of our iOS talent to support and don’t have to worry quite as much about the lower installed user base that Windows Mobile had to deal with.”

That small Windows Phone 7 user base is a boon according to Cavanagh as well. “They can easily discontinue all WP7 devices right now while they have around 1 percent of the market, and there will be very little backlash,” he said. “The alternative would be to waste money trying to support the old stuff. I’m all for them killing off the older hardware and think it will go a long way to avoid fragmentation.”

Overall, today’s announcements “could drastically help the app ecosystem, which is where WP7 is lacking ‘curb appeal,'” said Schacht. Getting developers on Microsoft’s side is, indeed, a huge part of making the platform a hit with consumers, but it can be a chicken-egg scenario (developers don’t want to build apps for ghost-town platforms; users don’t want to buy phones without great apps).

“It is apparent that Microsoft realizes it still needed some big changes to compete with the big two,” Schacht continued. “Some of these changes are painful (especially to those who currently use WP7), and the future will tell if they will pay dividends.”