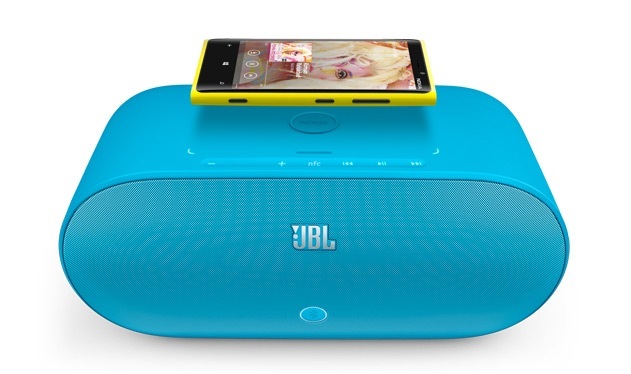 Between the announcement of the iPhone 5 and the day everyone started complaining about Apple’s new Maps app, the biggest complaint about the new device was the lack of wireless charging.

Wireless charging is a feature few people probably even knew they wanted, but Nokia managed to pique everyone’s interest by announcing the Lumia 920 the week prior to the iPhone event. The 920 has wireless charging, and this seemed novel enough that its absence in the iPhone 5 was something to latch onto.

The subject churned up enough commotion that Apple’s product guru, Phil Schiller, even defended the absence in his interview with Ina Fried.

Setting aside the Apple vs. The World marketing fight in the press, I think the attention this feature merited speaks to a widespread interest in the idea of wireless charging. There is something deeper here that evokes emotion in smartphone users. The idea of wireless charging holds immense appeal. Unfortunately, the reality of the technology doesn’t live up to our expectations.

Visit any tech conference (or probably any non-tech conference, too, for that matter), scan the walls, and you will always find someone charging their phone. The tell-tale white cables can be found in every public, and not so public, power outlet. If you are like me, you probably have at least one extra power cord in your backpack or bag. When I travel for business, I have three or four — iPad, phone, computer, plus an extra for ‘just in case’. When I travel for leisure it’s worse, as everyone in the family needs a power adapter.

So when people hear “wireless charging,” they assume they can do away with all that.

Sadly, that is not the case. Schiller put it well when he said that people do not need another device to plug in. And that’s just what wireless charging means today. You still need a power adapter. It still needs to be plugged into the wall, but at the other end is some device that you can place your phone on. The only savings is the millisecond it takes to actually plug your charger into the phone.

Wireless charging has been around for several years. The first phone that prominently featured it was the Palm Pre, which came out four years ago. It featured a charging station that magnetically docks with the phone. The fact that very few phones since then offered wireless charging speaks to two problems with the feature — one technological the other institutional.

The technology problem is that power is not magic, it is electricity. To channel the current from a charging station to a phone requires added components in the phone. The power point disappears from the exterior of the phone, but it still exists on the inside. And getting electricity from the charger into the phone is still something of an exact process — the hidden components have to line up. The charging station that came with the Palm Pre had magnets that aligned with magnets in the phone to make sure the power source and the power drain in the phone lined up precisely. I imagine the solution on the Nokia  Lumia 920 is similar. Other solutions, such as accessories from Powermat, require that the device lines up in a specific spot on the charging station, and on some Powermat products this requires a little bit of work.

This is the unspoken secret of wireless charging. You cannot just put a device on the charger. the phone has to sit in a specific spot. The technology is improving, and newer Powermat models have a bit more freedom of positioning. But there is a trade-off involved. Phones need metallic charging elements to receive wireless power. The more  of these you put in a phone, the less precise positioning needed. However, little pieces of metal are not free, they can make a meaningful difference in the price of a phone. They also take up space, which could otherwise go to useful things like a bigger battery. They can require design changes to the phone’s radio to make sure those pieces of metal do not interfere with the phone’s antennas and risk disrupting WiFi or the cellular radio.

This problem is mostly solvable. “Mostly” in the sense that wireless power designers can probably get the technology to work “well enough” with a smaller sacrifice for the phone’s other elements. This then leads to the bigger issue facing wireless charging.

When given the choice between wireless charging as it exists today and their jumble of power cords, most people will quickly realize that today’s solution offers little added benefit. People do not want another cable, they want to get rid of all their cables. That is the definition of freedom, and I think it is what most people deep down are hoping for when they hear the term wireless charging. For this technology to be useful, it has to be widely available. Available to the point that consumers can travel without power cables, just like few people carry around Ethernet cables anymore because they know they can find WiFi in most places.

That vision is where the institutional issues come into play. The industry is faced with something of a chicken and egg problem. Venues like hotels, airports, and stadiums are reluctant to add wireless charging stations today. These are not free, and even if they were available everywhere overnight, there would be no phones to use them. Phone makers, for their part, are reluctant to add the cost to their phones for a feature if consumers have no place to tap into it.

In the past, problems such as these, which required widespread common adoption, led to the creation of standards bodies. The idea is that if everyone can agree to a common technology, it removes a serious element of risk. Slowly, smartphone vendors could add it to their products and venues could slowly add charging stations. This is how WiFi came into being, a common standard pushed by some of the industry’s leading manufacturers (like Apple for example).

By my count, there are six competing standards for wireless charging, but two have really taken the lead — Powermat and Qi (backed by the Wireless Power Consortium or WPC). Powermat is a private company; Qi emerged from academia but now has commercial backers. Both groups have interesting technology that does not differ that much. However, the two camps have now come to define that chicken and egg.

Take a look at each group’s partners. The WPC counts a large number of component and handset makers among its members, while Powermat has found partners on the distribution side of the equation. Put simply, Qi has the devices and Powermat has many of the places you would want to charge those devices. Qi has partners whose products we use regularly. Powermat’s partners are tantalizing in that they offer places we would like charging to work — for instance its list includes Teknion, the world’s leading maker of airport furniture, and GM. (For the record, my travel pack includes a car cigarette light adapter for my iPad charger.)

There is no reason these groups cannot eventually find some way to work together. Our understanding is that phone makers are beginning to require their component vendors to support both standards. But commercial concerns will likely keep the camps separate for some time.

That said, two companies have yet to weigh in, and either of them could tip the balance. Apple is the obvious one; it seems in no hurry to weigh in on this fight. The other is Qualcomm, the leading supplier of basebands and silicon for smartphones today. I think Qualcomm has enough influence to decide the winner between Qi and WPC. Unfortunately, Qualcomm is promoting its own standard — WiPower. To further muddy the waters, the WiPower Alliance counts several semicondcutor vendors among its members, as well as Powermat.

Eventually, the industry will work itself out, although it is too early to see how all the chips will fall. Until then, and until we consumers can count on finding a wireless charging pad in every hotel room and airport lounge, the reality of wireless charging will still lag behind the ideal we would all like.

Jay Goldberg is a financial analyst with an investment bank. He has been working with tech companies for 10 years. Prior to that he lived and worked in China for almost 10 years. You can follow him on Twitter @jaygoldberg.