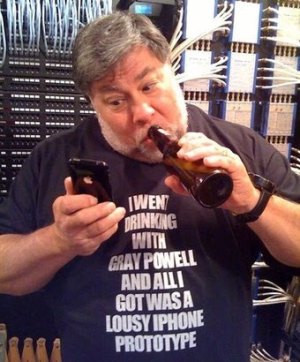 Update: Wozniak now says he was “totally wrong” about the Nuance purchase. Original story below.
—

Apple may have bought the voice recognition company Nuance, the creator of the popular Dragon Naturally Speaking software, according to a brief statement by Apple co-founder Steve Wozniak in a video by Romil Patel of TVDeck.

Wozniak briefly mentions that Apple bought Nuance when speaking about the importance of voice recognition technology for mobile devices. He mentioned that natural speech will allow users to “get normal human things done” with your computer, and it will become a common mode of input. The news was first reported by 9to5Mac.

Now Wozniak could be talking about Siri, creator of a personal assistant app for the iPhone that Apple bought in April, but he was also clear to mention Siri separately as a service that uses Nuance’s technology.

We’ve asked both Nuance and Apple for comment on the matter and will update when we hear back.

For now, I consider this news to be very speculative — but I honestly don’t think it’s all that crazy. Valued at over $5 billion, Nuance would be an easy purchase for Apple, which has over $50 billion in cash on hand. Buying Nuance, provider of the most well-known and fully featured consumer voice recognition software on the market, is also much easier for Apple than developing voice recognition technology of its own (for use with Siri’s software, and elsewhere).

But as likely as the Nuance buy may be, we should probably take Wozniak’s comments with a grain of salt at this point. He made news last week when he reportedly said that Google’s Android platform would win the smartphone wars. He later clarified his statements, but didn’t fully negate the original remarks. And in the height of the Toyota sudden acceleration frenzy, Wozniak also said publicly that he saw the problem with his 2010 Prius — even though he was most likely referring to the car’s adaptive cruise control.