China-based smartphone maker Xiaomi has added a new device to its arsenal today with the launch of the Mi Max, the company’s biggest smartphone to date.

The Mi Max sports a metal body and is 7.5mm thick, weighing in at 203 grams. It comes in three storage options — 32GB, 64GB, and 128GB (which is expandable further via an SD card, meaning you could have up to 256GB of onboard storage). Depending on the exact model, it sports a Qualcomm Snapdragon 650/652 processor, powered by six or eight Cortex A72 and A53 cores, and comes with either 3GB or 4GB of RAM. 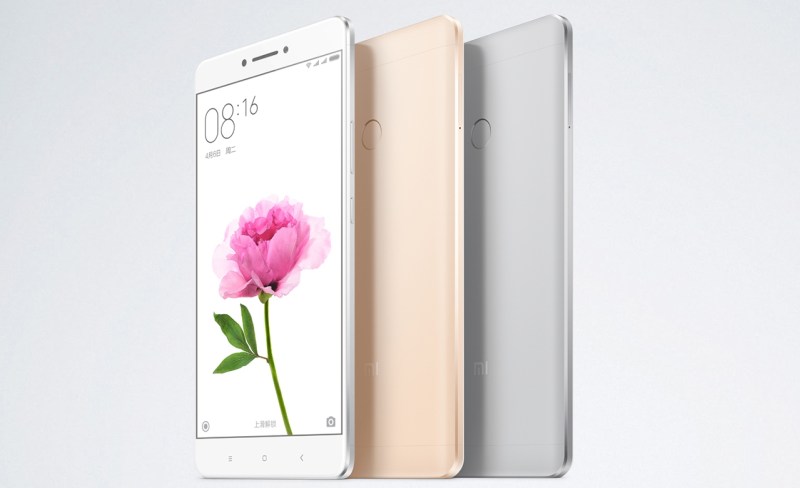 Xiaomi also unveiled the latest version of its Android-based MIUI operating system today — MIUI 8 will begin beta-testing on June 1 in China, with an anticipated launch on June 17 across the Mi and Redmi range of devices.

Xiaomi has become one of the world’s biggest smartphone makers since the launch of its first mobile phone in 2011. However, the devices are generally only available in China and a handful of Asian countries, though the company did launch one smartphone in Brazil, and it sells accessories in other markets. Xiaomi sold 70 million smartphones to consumers in 2015.

Today’s launch comes a few months after the company brought its latest flagship to market — the Mi5 was announced at a global launch event in February, an event that suggested it could be the first Xiaomi phone to launch truly globally. But that wasn’t to be the case, with the device arriving exclusively in China at first, followed by a few other countries in the region.

True to form, the Mi Max will be available in China only from May 17.