By adding five new languages, location-based social network Foursquare has opened the door to 1.5 billion more users. The company launched translations of its app in Bahasa Indonesian, Korean, Portuguese, Russian and Thai, it said today on its blog,

Foursquare currently has more than 10 million members globally, and the application works on iPhone, Android and BlackBerry. The company launched French, German, Italian, Japanese and Spanish translations in February 2011. According to the blog, the five new languages “represent some of our fastest growing areas internationally.” 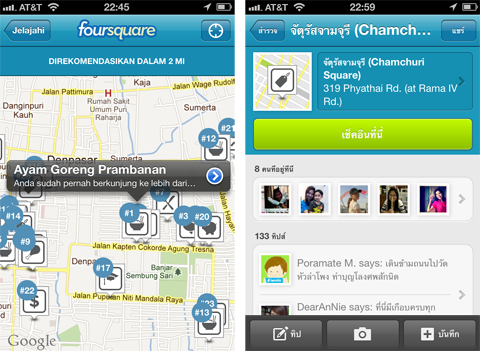 At the bottom of the blog, Foursquare does something neat. It gives a shout-out to intern Mario Morales who worked on the language update. Personal touches like that in a company blog, and technology in general, make it feel like a small world after all.