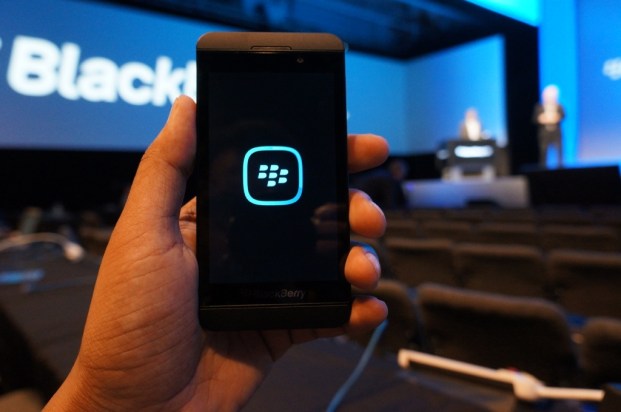 Okay, I’ll admit I was wrong. I didn’t expect many surprises from the BlackBerry 10 launch event today, but it was actually full of them, including RIM officially changing its name to BlackBerry and bringing on singer Alicia Keys as its first global creative director.

But perhaps most surprising of all, the BlackBerry Z10 and Q10 smartphones don’t suck. In many ways, they’re honestly more enjoyable than plenty of Android phones I’ve tested over the years.

First, the specs: The Z10 is a 4.2-inch touchscreen phone with a 720p resolution, while the Q10 has a 3.1-inch screen with a traditional BlackBerry keyboard. Beyond those surface differences, both phones feature a dual-core 1.5 gigahertz processor, 2 gigabytes of RAM, and 16 gigabytes of storage. You can upgrade the Z10 with a 32GB SD card, while the Q10 supports up to a 64GB card.

Both phones were fast and responsive, and they also both feel comfortable in your hand. Obviously, the Q10 is targeted at hardcore BlackBerry users who can’t live without a physical keyboard. It feels like a next-generation BlackBerry Bold — as it should. I didn’t have much time to type on the Q10, but based on my initial impressions, it feels just as comfortable as RIM’s past keyboards.

I spent much more time with the Z10 because there were far more of them available for testing, and I received a test unit from BlackBerry. (BlackBerry has been fairly vague about when the Q10 will be available, and given the dearth of units available today, I’d wager the company is still working on finalizing the phone.)

Unlike BlackBerry’s past attempts at touchscreen smartphones, the Z10 feels thoroughly modern. BlackBerry 10 shows no trace of the archaic BlackBerry 7 interface, and that’s evident from the moment you wake up the phone (there’s no visible unlock swipe, you simply swipe up from the bottom bezel). BB10 takes some getting used to, but its combination of easy multitasking and helpful gestures makes it a completely different experience than iOS or Android. I also appreciated the fact that the Z10 isn’t as hefty as many Android and Windows Phones (the benefits of sticking with a sensible screen size).

Check back next week for a full review of the Z10.