Can an array of tiny gadgets stop the wanton and massive destruction of tropical rainforests? Yes, says engineer Topher White.

To that end, he founded Rainforest Connection, a non-profit, open-source startup in February 2013.

By turning discarded smartphones into 24/7 automated electronic detectives (using solar power that works even in shade), humanity can listen for the distinctive vrinn vrinn ruggaruggggaaa sounds of treecutting chainsaws. Contributed by the public via the company’s website, GSM-based Android smartphones are repurposed with open source software written by White. A patent-pending solar array powers the system.

A physicist, software engineer, and inventor, White says in an interview with VentureBeat that a covert, tree-placed smartphone can monitor about a square kilometer of forest. When the distinctive and far-reaching audio generated by a chainsaw reaches the phone, software dials an enforcement number. Humans receiving the phone’s data stream can be on-scene quickly to enforce local and regional bans. 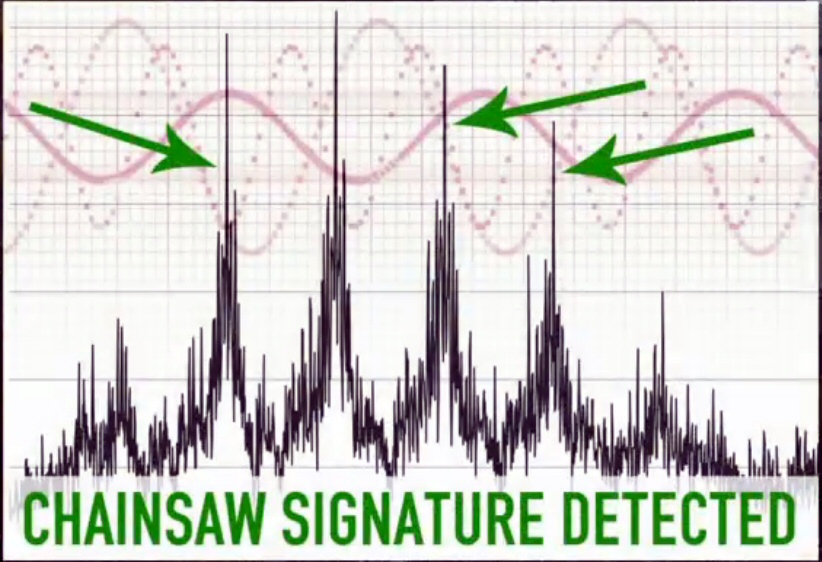 White’s partner, environmental policy maker Dave Grenell, said “Perpetrators often work from the periphery of a forest inwards. If you protect the perimeter, where there is easy access, you are more likely to protect the interior, and its a better strategic approach because it’s closer to civilization.” That’s good for the RFCx solution.

The system was proven last year on its first operational day in a demonstration project in Sumatra. See the system in action in this YouTube video: h

According to National Geographic, “swaths the size of Panama are lost each and every year.” At the current rate of deforestation, the globe’s rain forests might vanish inside of a hundred years.

The costs to humanity are staggering. In addition to claiming that deforestation is a leading cause of climate change, the United Nations points to the worst global mass species extinction since dinosaurs vanished 65 million years ago. Easily understood motives drive the problem: profits and agriculture. Humans weilding chain saws are the culprits.

White said, “Now it’s time to bring together systems and partners to start saving trees.” A crowd-sourced Kickstarter campaign beginning this week hopes to raise about $100,000.

“Participants get early access late this year to mobile and web apps that provide live audio streams from systems deployed in the rainforest,” said Grenell. Kickstarter investors can also get technical instructions to build their own system. Other benefits: name your device; name the hectare being protected; and a receive photo of the actual site.

Grenell also plans a promotional certificate that that shows how the installation of one device offsets the carbon contribution of about three U.S. households per year.

“Having this breadth of coverage will provide a diverse and continuous stream of data to showcase initial applications. The pilots will also further quantify our impact, fine tune system dynamics, and invite open-source developers to create new applications.”

Rainforest Connection is also partnering with the Zoological Society of London (ZSL), a charity devoted to the worldwide conservation of animals and their habitats, to pilot new ways to stop illegal logging and animal poaching in equatorial Africa. The parties will install RFCx systems in Cameroon this year in the African nation of about 22 million.

Apart from the re-purposed smartphone running a modified version of the open source Android OS, the key enabler is a new class of solar panel (patent pending) capable of operating in the speckled sunlight of a tropical forest canopy. White says “We had to envision, design, and test a new type of panel configuration that was able to maximize the energy produced… while not drastically suffering from the vast majority of shadow. This also had to be done while keeping costs affordable and without becoming reliant upon non-mainstream solar technologies.”

The typical RFCx installation employs a pair of flexible solar panels per smartphone. The opening photo shows White placing one spoke containing the smartphone on a tree trunk. In practice, the assembly is placed much higher and the solar wings are positioned for best coverage.

Asked if Rainforest Connection plans to commercialize the solar panel, White said, “We intend to leave our technology including solar panels free for use and modification under the terms of a common open-source license. While it is perfectly imaginable that commercializing our technology might be lucrative, we feel that RFCx has more to gain from engaging and empowering a global community of hackers, makers and environmentalists to improve upon what we’ve started, and magnify our impact.” 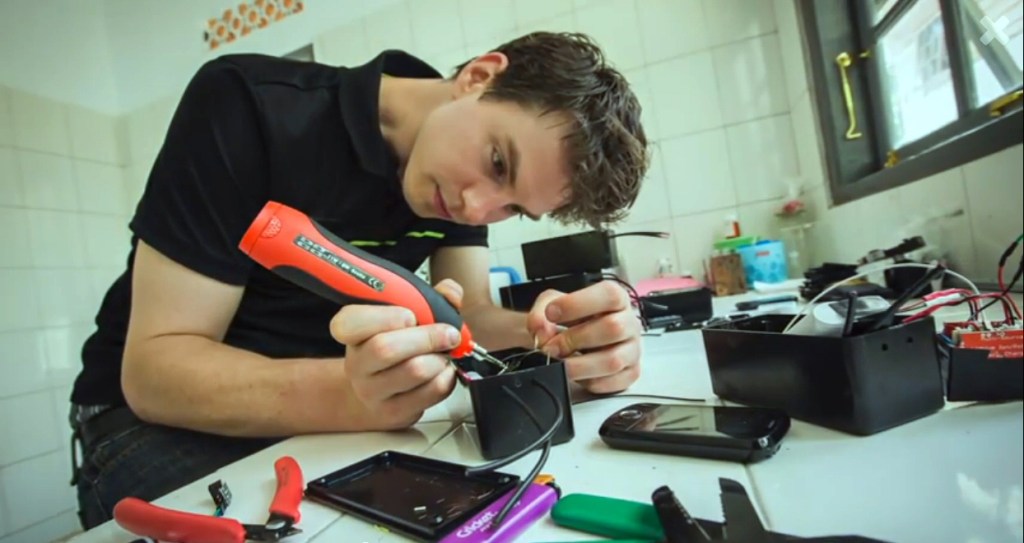