As you can imagine, adding automated captions to livestreams is a huge undertaking, as it requires real-time speech recognition and rendering to ensure the on-screen words are synchronized with the sounds as neatly as possible. 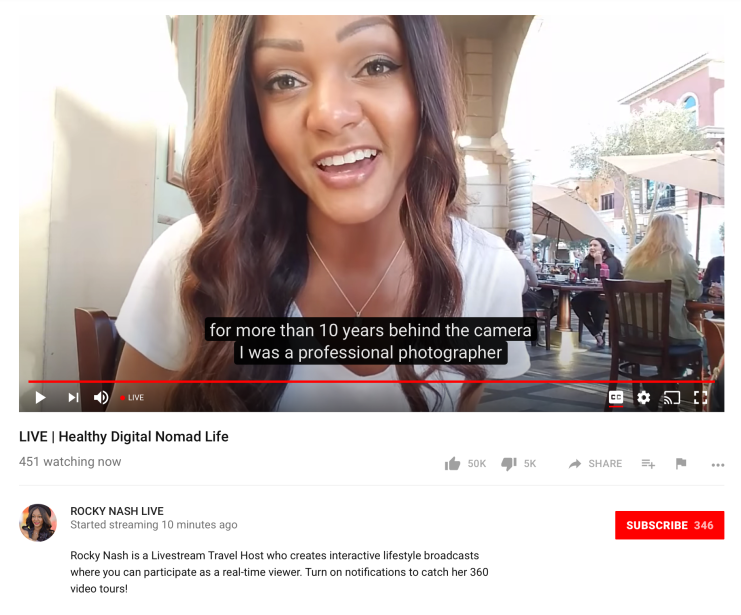 It’s worth noting here that automated captions aren’t for those seeking perfection in their subtitles, because accents, colloquialisms, background noise, and other factors can impact the results. But it will do for a quick and dirty solution that involves next to no work on the YouTuber’s part. YouTube has said that the quality and latency is close to “industry standards,” though we’ve yet to try out the captioning ourselves.

Live automatic captions will be arriving for everyone “in the coming weeks,” according to Wilms.

Elsewhere, YouTube Live is also getting live chat replays, meaning you can re-live all those hilarious quips and disses that happened during your livestream. This could actually prove useful for creators, given that YouTubers are unlikely to be able to follow the conversation while they’re filming themselves. But now anyone wishing to revisit the live chats can do so.

Another notable new feature is location tagging, which allows YouTubers to include details about where they are livestreaming from, which should make it easier for viewers to search for videos based on their location. Location tags are also available permanently when the videos are uploaded. Finally, you may recall that YouTube launched Super Chats last year, enabling YouTubers’ fans to pay to have one of their comments highlighted in a live chat — basically, it’s all about ensuring your words are seen above all the other chatter. At Google’s I/O developer conference later that year, YouTube announced a new API to enable Super Chats that trigger real-world events through integrating with third-party “smart home” products — so a creator may encourage interactions by inviting fans to pay for a message that’s not only highlighted in the video stream but also turns the creator’s lights on and off, or activates any number of gadgets, such as drones.

So far, Super Chat has only been available on Android devices and the desktop, but from today support is being added for iOS devices.

YouTube Live launched way back in 2011, and much has changed in the online video streaming space since then. Facebook has increasingly pushed itself as a video platform for creators, while Twitter has also embraced the medium, with the likes of Bloomberg recently launching a news channel that exists solely on Twitter.