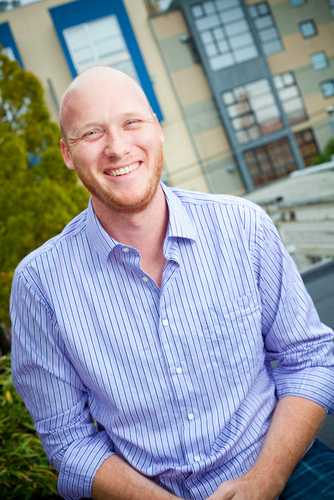 Mobile marketplace Zaarly announced today that Hewlett-Packard chief executive Meg Whitman is joining its board of directors, and that it’s getting a $14 million investment led by Kleiner Perkins Caufield and Byers.

“I just love her,” said Bo Fishback (pictured left), co-founder and chief executive of Zaarly, in an interview with VentureBeat. “She built the biggest peer-to-peer marketplace on the planet Earth … I just know she’s going to make me a better CEO.”

Meg Whitman has seen her share of ups and downs, from joining online marketplace eBay as chief executive when the company had just 30 employees, to running an unsuccessful campaign for governor of California, to joining HP as chief executive last month. Zaarly, at just 30 employees itself, sees a big opportunity to learn from the woman to who Fishback credits the success of eBay.

Zaarly started six months ago as the “mobile Craigslist.” The service focuses on the buyer, allowing people with the Zaarly app to upload what they want, say how much they are willing to pay for it and give the amount of time they need it in. For example, you can “Zaarly” a pint of Ben and Jerry’s, say you will pay $10 and you need it in two hours.

“We’re at the intersection of Craigslist, eBay, and a lot of market places that don’t exist but should,” said Fishback.

That’s where Whitman and her eBay experience come into play.

But in the midst of attempting to reviving a major technology player after an equally major pivot — potentially spinning off its PC arm — you would think Whitman had a little too much on her plate. Fishback, who didn’t even know HP was a thought in Whitman’s mind, was also concerned upon originally hearing the news. He e-mailed her the day of her announcement, asking what this meant for Zaarly. Whitman replied within 20 minutes that she was canceling everything on her plate to focus on HP — except Zaarly.

“When I call her on a Saturday, she answers every time,” said Fishback of Whitman’s availability.

How does a six month old startup with a $1 million angel round under its belt meet people like Meg Whitman? By having a compelling enough product to get it in the door of well known venture capitalist firm Kleiner Perkins Caufield and Byers. Fishback recalled sitting across the table from Whitman, who is a strategic advisor at the venture firm, after having entertained dozens of VCs before receiving Kleiner’s call. She was very receptive and wanted to move on Zaarly right away.

Zaarly obviously intends to expand and become more competitive with the $14 million from Kleiner. For Fishback, it’s obvious that Zaarly is going to take Craigslist head on, a company from which Zaarly was recently accused of poaching visitors. It will do so with security enhancements for the nearly $7 million purchases it has fueled thus far. 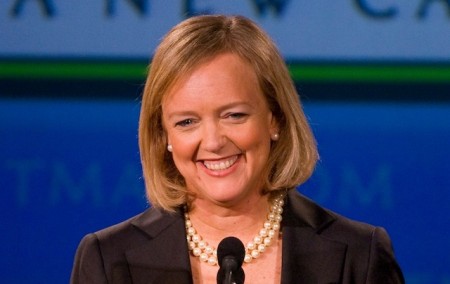 First out of the security door will be a verification option for Zaarly users who want to prove they are trustworthy. You will be able to verify a number of things, including your e-mail address and Facebook account, while still remaining anonymous. Next, Zaarly will roll out buyer and seller reviews, features in which Whitman will be directly involved.

When asked how the company is doing financially, Fishback was reserved.

“With marketplaces like this, there are 50 different ways to monetize them,” said Fishback, who mentioned the company does take a transaction fee for all purchases made with credit cards over the service.

He also mentioned that Zaarly is looking into the best way to perform those transactions and has three major players on the brain: PayPal, American Express and Square.

As for the future, Zaarly wants to be a bright spot on Whitman’s radar, especially as mobile payments comes into play. The company still has that new startup smell, and is thinking optimistically about its new relationship with Whitman.

“I hope we’re the single most fun thing she gets to work on,” said Fishback.