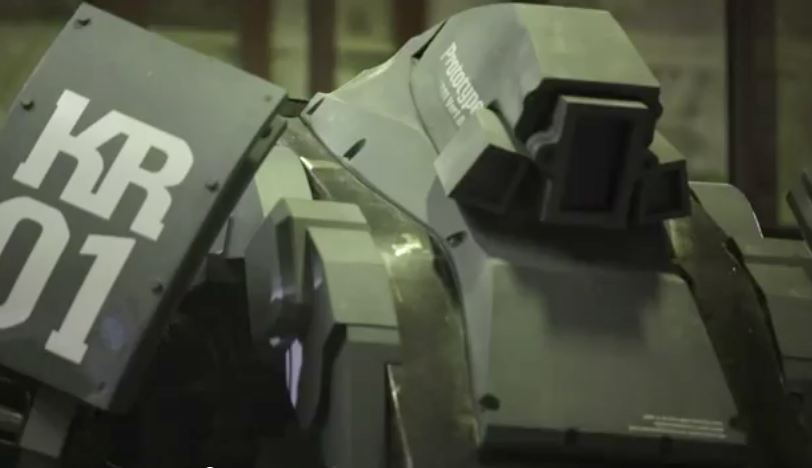 Japan is the land of robots, right? But not just inoffensive little welding bots that make Toyota minivans and Honda Civics. Instead, Suidobashi Heavy Industry is showing off Kuratas: a 13-foot wearable robot that makes Call of Duty armored suits look like toddlers’ action figures.

Kuratas weighs about 12,000 pounds, moves at a top speed of 7 miles per hour, and can be controlled by a pilot sitting inside an on-board cockpit. And it’s now available for the low, low price of just $1.3 million U.S. dollars.

However, fully decked out with a hand gun, LOHAS launcher, and “iron crow” (I believe that’s Jinglish for “iron claw”), my Kuratas specs out at $1.5 million plus. 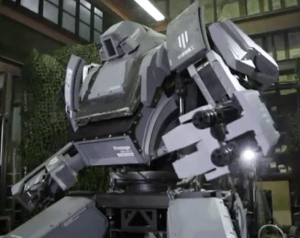 Above: Yeah, it is seriously bad-ass

Suidobashi says it is the the first “giant boarding-robot,” which I think means very big robot that you wear.

To pilot the Kuratas, riders climb up the front of the robot, press a button  to open the cockpit, and step inside. Once seated, they can close the hatch but still see the outside world via a video screen.

It does not, alas, walk … but powered by a diesel engine, Kuratas uses four wheels on each of its legs to move. The arms move up and down and left to right, can grasp objects, and come with “weapons” such as pellet guns and water guns. You may or may not be happy to know that the weapons are “eco-friendly and safe for humans.”

Even better, the built-in LOHAS launcher, which fires what appear to be water bottles, hits its target “from time to time.”

Honesty in advertising, at last.

You can control the robot in three ways: direct manipulation of a smaller version, remote control via an app on a mobile phone, or touch screen and other controls inside the cockpit. (See instructional video, below.)

Suidobashi is not promising comfort — or safety. In an accompanying video (see below) the company says that “Kuratas is an art piece. It is not a normal vehicle.” However, the company is quick to say, Kuratas “makes your dream of becoming a robot pilot come true.”

The company is taking orders now and will customize paint schemes to customers’ wishes.

Surely Mark Zuckerberg needs one of these to scare off the financial press?

And, the sales video:

Plus the owner’s manual: