That moment I parted with $1 — the most I’ve ever dispensed to an adult entertainment site — for virtual reality pornography. For research.

Minutes earlier I’d torn open an innocuous cardboard mailer, and it jogged my memory: A site called FreeVRGoggles.com went viral months ago. An adult entertainment company — BaDoink — was behind it, giving away Google VR headsets to drive interest in its, um, services. I signed up, we covered the story, then I forgot all about it.

And now there I was, assembling the disposable cardboard viewing box equipped with biconvex lenses and a slot for a smartphone. I cautiously typed in my credit card number. I’ll incur a handful of “unexpected charges” later, I’m sure.

I wandered into this cold reality sitting cross-legged in my bed — fully clothed, atop the duvet, might I add — next to my significant other, my eyes darting nervously in her direction. Neither of us wanted to admit it, but we were eager to try it out.

BaDoink offers a handful of experiences. We picked the first in a series of 180-degree films ostensibly designed for men. Particularly men who are really into their babysitter.

The download took a while. Thirty minutes — and 12 giggle-fits — later, the video was ready to go. I velcroed my innocent iPhone into place and passed it to my girlfriend.

“No you first. Seriously.”

More laughs. Awkward pauses. “This is ridiculous,” we agree.

We take turns peering through the lens. Look down, and you see your new lower-half. (Remember, this is all pretend — in my girlfriend’s case, she saw an appendage that literally didn’t suit her.) The actors quickly get to it. 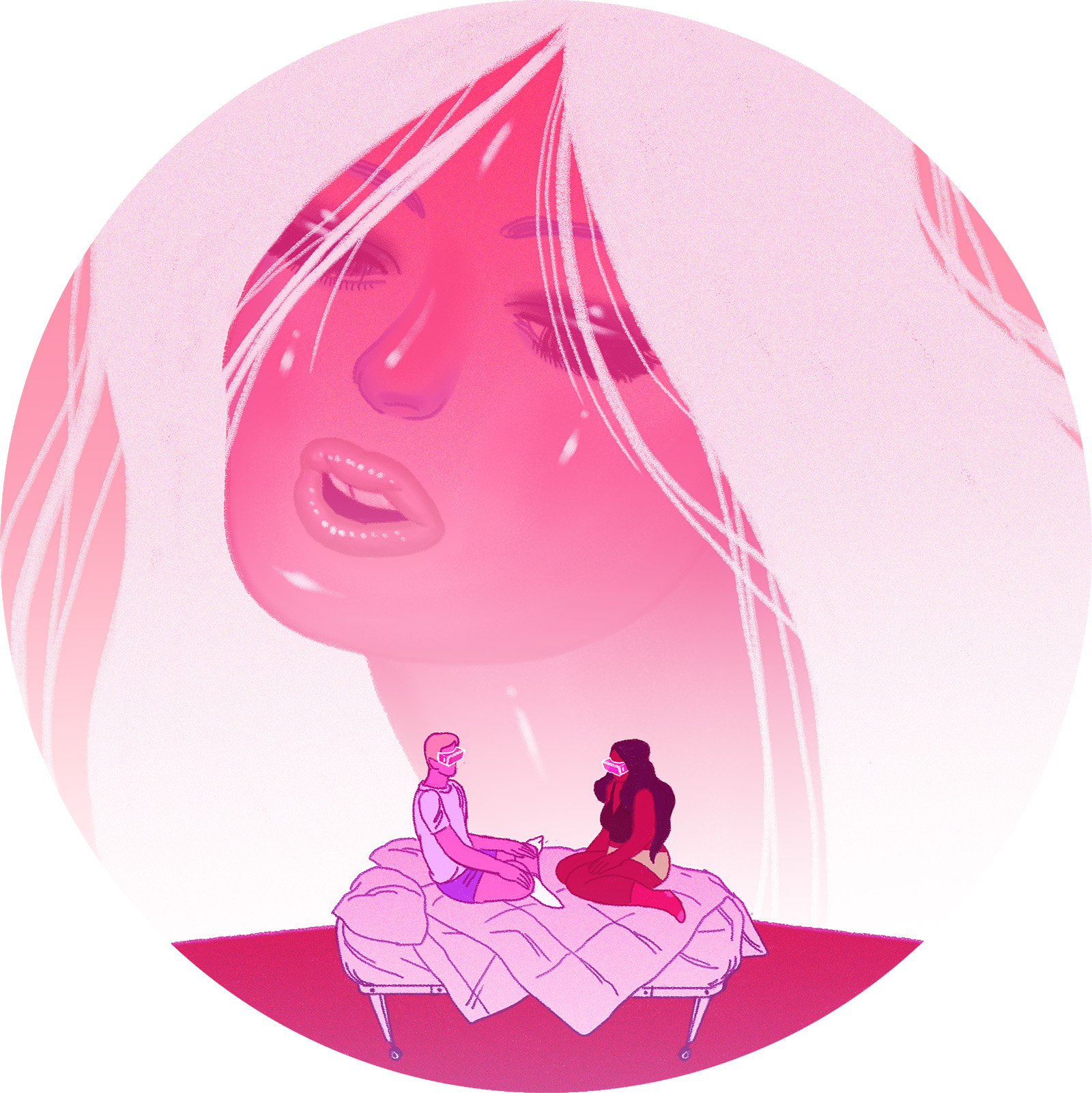 Above: Illustration by Cathryn Virginia

With the headset on, most clips let you look around 180 degrees. In porn-VR-land, that’s the only decision you make; you can even look up and stare at the ceiling, if that’s what you’re into. The one 360-degree video we found was far more immersive: You could stand up and look around the entire room. It actually seemed kind of real — that is, it’s almost like you’re there on set, oiled up inside a San Fernando Valley McMansion, reenacting a sex party with a cast of Jersey Shore extras.

For us, the whole experience was steeped in irony.