Acer might be better-known for its range of laptops, tablets, phones, and similar consumer electronics, but it has quietly lifted the lid on a brand-new product line — an electric, all-terrain vehicle (eATV).

The Taiwanese tech titan unveiled the eATV “X Terran” (presumably that’s not meant to be ‘Terrain’) prototype at the  eCarTech conference in Munich last week, but the company didn’t reveal too many details. We have, however, now obtained some photos of the vehicle. 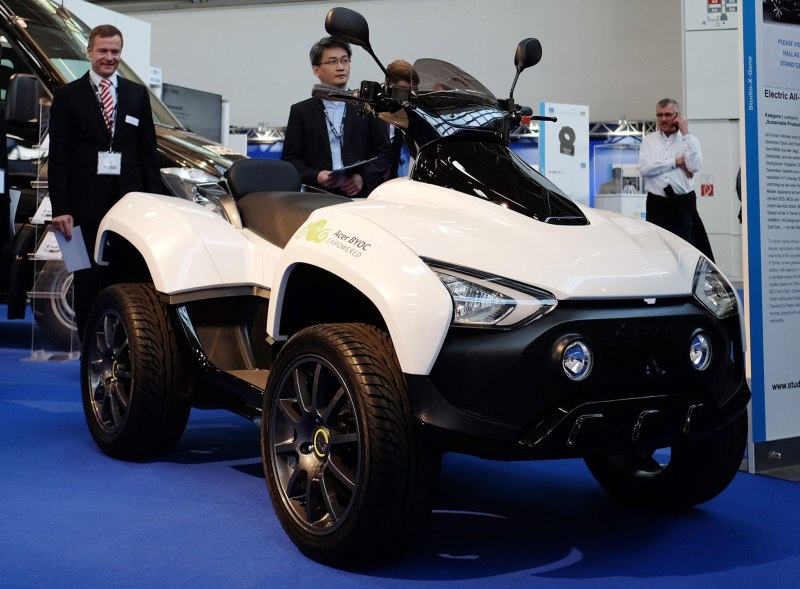 Acer created a new subsidiary called “MPS Energy” back in July as part of its “foray into the vehicle electricity and mobile power field,” as the company announced in a press release. Acer added that it’s dedicating resources to developing a battery management system (BMS) for smart cars “with a focus on green and connected car technology.”

The BMS Acer’s offering constitutes a motherboard and three battery packs, each with 256 18650 lithium-ion batteries that provide 8.7kWh of power.

For the eATV X Terran, Acer has partnered with Studio X-Gene, an indie design company based out of Taiwan that specializes in vehicle styling and engineering. Acer’s role in the initiative is all about the MPS Energy’s battery management tech, while demonstrating its so-called build-your-own-cloud (BYOC) R&D around connected cars.

On the surface, it’s an unusual move from Acer, but it’s not without precedent across other similar companies.

Earlier this year, Samsung’s “materials and energy” subsidiary, Samsung SDI, boosted its electric car credentials when it acquired the battery business from Magna International, and, a few months earlier, Samsung Ventures led a $17 million investment round in Seeo to build better batteries for electric cars. And just last week, China-based electronics giant Xiaomi launched a $315 self-balancing scooter in conjunction with Ninebot Inc. Apple is also rumored to be working on electric car technology.

Acer hasn’t yet confirmed a price or launch date for its new all-terrain vehicle.