From utensils to flatware, your every interaction with food is poised to be a connected one. That is, if the makers of some of the latest kitchen gadgetry have a say about it.

There’s a trend happening right now, and you might have heard of it: It’s called the Internet of Things (IoT). The idea of connected devices outside the land of screens is compelling. But some new food-related products leave us scratching our heads.

Join us in the confusion, won’t you? Are these smart kitchen products revolutionary or just worthy of ridicule? 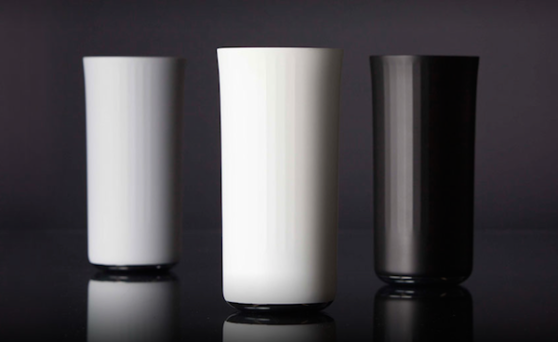 What can we say about Vessyl that hasn’t already been said? This smart cup has received a ton of publicity. Stephen Colbert mocked it — after all, it’s a cup that tells you what you’re drinking, even though you’re presumably the one who poured the drink into it in the first place. And it’ll tell you how many calories that drink contains. Vessyl was introduced via Kickstarter and eventually raised $3 million in seed funding. It can be pre-ordered now for $99. It won’t be available until next year however, at which time its retail price is set at $199. Yeah. For a cup that tells you what you’re drinking. 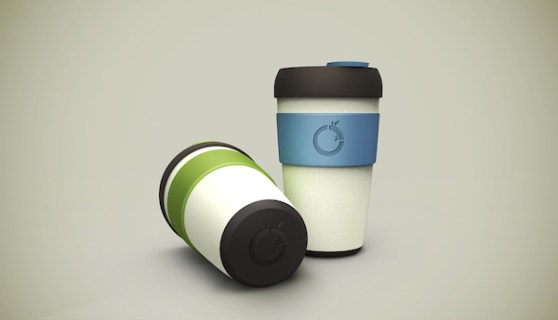 Yes, there’s more than one smart cup on the market. This one is called Oliv and it’s billed as the “reusable smart cup” because it has an eco-friendly agenda attached to its super hydrating abilities. The cup was designed for Evergreen, a startup that aims to track people’s eco-conscious behaviors — such as using a reusable cup instead of a disposable one. The cup itself is a pretty standard, albeit high quality, coffee cup that has a chip embedded into the bottom. When this chip is scanned at an Evergreen partner store, the user either receives credits for the purchase of eco-friendly products, or she can opt to donate them to a worthy environmental cause. 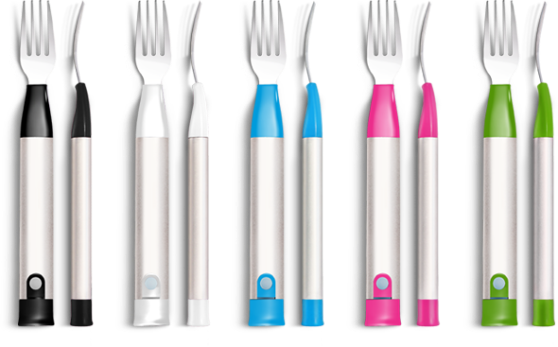 If you’ve been feeling that your fork is just too boring, you’ll probably love HAPIfork. The smart fork is designed to make you eat more slowly, which is better for digestion and helps to prevent overeating. It does this by lighting up and vibrating when you’re shoveling in the grub too quickly. Nice idea, I guess, especially if you’re using it in the short-term to learn better eating habits. But it’s bulky and oversized. You’d certain attract some stares if you take it out to a restaurant. 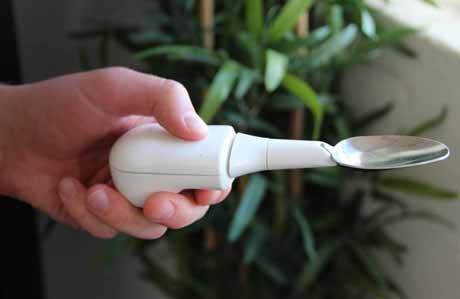 Okay, now here’s an example of IoT applied to a food-related product that’s actually helpful. Liftware is a smart utensil that cancels tremor movements so those with hand tremors can remain independent and eat with confidence. It started as just a spoon, but a fork attachment will also be available soon. It promises 70 percent tremor cancellation and can be easily recharged between meals. Good job, Lift Labs! 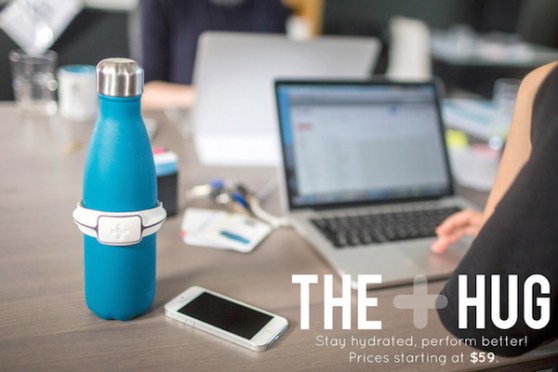 If you need a nudge to drink more water each day, The Hug offers a solution. It’s a combo sensor band and iOS app, the former of which wraps around your water bottle and tracks how much water you’re drinking throughout the day. It’ll also send notifications to your phone or to the band when you need to drink more. It currently costs $59 as a part of a Kickstarter campaign, but it will likely cost much more once it hits retail. 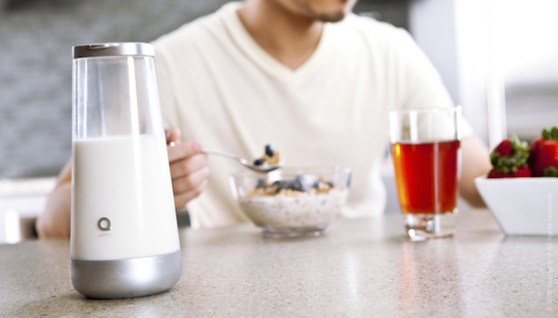 In case the ol’ sniff test just isn’t cutting it for you, The Milkmaid is the milk jug of your dreams. It lets you know when the milk inside it has gone sour, preventing you from experiencing that unfortunate moment of curdled realization. It does this thanks to pH and temperature sensors located in the jug’s base. It can also tell you when it’s time to buy more milk. You can expect to pay around $18 once this overly connected jug hits retail. 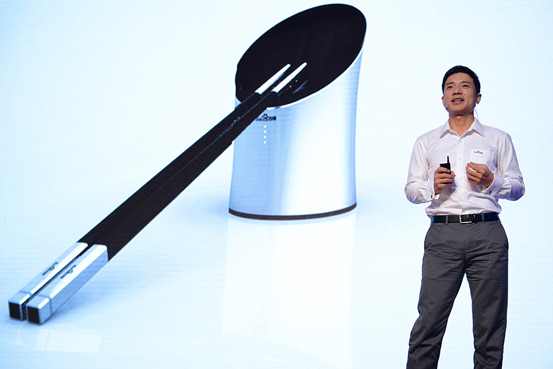 How can chopsticks be modified to be smart? They can include sensors that read levels of contamination in the oils used to cook your food, that’s how. Apparently, unsanitary conditions sometimes plague eateries in China, which would make the Baidu Kuaisou chopsticks an all-in-one food poisoning prevention plan. This product is in the development phase right now, so no price tag is yet available. 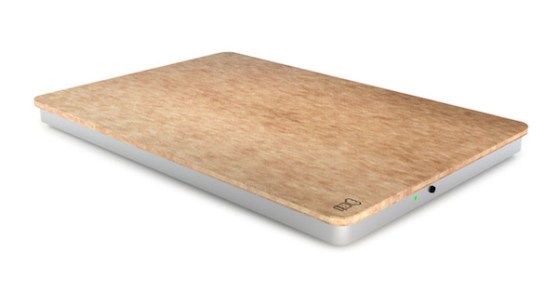 Who knew you needed a smart kitchen scale? Well, apparently the people behind the Prep Pad did. This scale has a recycled wood and paper composite top with an aluminum unibody base. Bluetooth connectivity and a companion app called Countertop keeps track of all the foods you eat plus their quantities. Following its successful Kickstarter campaign, the Prep Pad is now available for $149.95.

Because one smart scale just isn’t enough, there’s also the SITU, which syncs with your iPad to track how many calories you’re eating and the amount of nutrients in the foods you eat. You can build your entire meal on the app to learn precisely how many calories you’re going to consume. A good solution for dieters and neurotic types, I suppose. SITU isn’t available yet and no word on pricing either … though it’s safe to assume it’ll set you back more than a buck.