Even as the private space race is heating up, more traditional bodies, such as NASA and the European Space Agency (ESA), continue to explore worlds beyond our own.

Next week, British astronaut Tim Peake, alongside Russian commander Yuri Malenchenko and NASA astronaut Tim Kopra, will launch into space from Kazakhstan, and they will live on board the International Space Station (ISS) for six months. But Peake revealed an interesting little tidbit earlier today — he plans to run the London Marathon in April… without returning to Earth.

Really excited to be running the Digital Virgin Money #LondonMarathon 2016 from space, in support of @PrincesTrust https://t.co/XUlFKlv7Qb

To be accepted into the space program, Peake beat out thousands of rivals and had to pass a myriad of technical, academic, and fitness tests. And Peake, as it happens, is no stranger to the London Marathon — he completed it back in 1999 and notched up an impressive 3:18.50. And astronauts regularly take to the treadmill while in space, running as much as two hours a day to keep fit and offset the effects of zero gravity. 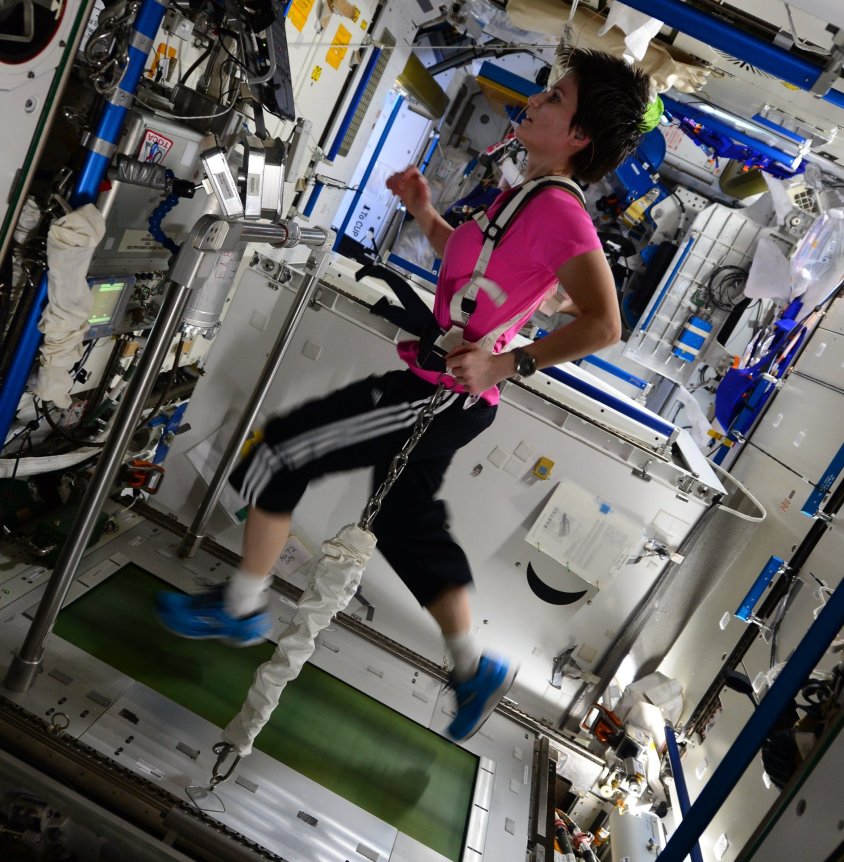 Above: Samantha Cristoforetti running in space

Peake will run the full 26.2 miles (42km) of the London Marathon on April 24, at the same time as everybody running in the U.K. capital.

RunSocial, a fitness company that provides HD videos of scenery to help make treadmill running less dull, mapped out the London Marathon route during the 2013 and 2014 marathons, and produced an HD video from the events. The so-called “mixed reality” video can be watched by anyone on a treadmill as though they are participating, and the playback speed automatically switches to suit the pace of the runner. This is what Peake will be doing from his iPad 400km above Earth.

“The thing I’m most looking forward to is that I can still interact with everybody down on Earth,” said Peake. “I have to wear a harness system that’s a bit similar to a rucksack. It has a waist belt and shoulder straps. That has to provide quite a bit of downforce to get my body onto the treadmill so after about 40 minutes, that gets very uncomfortable. I don’t think I’ll be setting any personal bests. I’ve set myself a goal of anywhere between 3:30 to 4 hours.”

Peake added that he’s running to raise money for the Prince’s Trust.