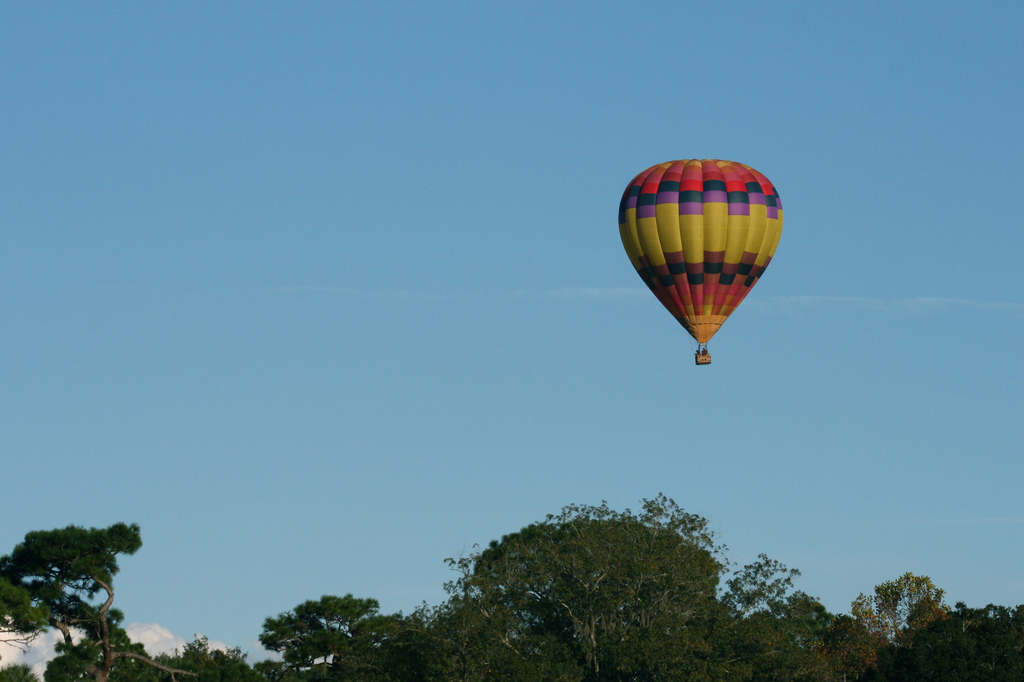 Google is bringing the Internet to the developing world via balloon.

Yesterday the search giant published a blog post detailing Project Loon. The project emerged out of Google[x], Google’s secret lab that works on “moonshot ideas,” or projects that are a little farther afield.

Internet connectivity is spreading around the world at a rapid pace, and yet two out of every three people on Earth still don’t have access to a fast and affordable Internet connection. Mike Cassidy, who is leading the project, said in the post that for most countries in the southern hemisphere, the cost of an Internet connection is more than a month’s income. The Google[x] team set out to discover innovative new ways of making Internet more accessible, and they came up with centuries’ old technology: the hot air balloon.

“We believe that it might actually be possible to build a ring of balloons, flying around the globe on the stratospheric winds, that provides Internet access to the earth below,” Cassidy said. “It’s very early days, but we’ve built a system that uses balloons, carried by the wind at altitudes twice as high as commercial planes, to beam Internet access to the ground at speeds similar to today’s 3G networks or faster. As a result, we hope balloons could become an option for connecting rural, remote, and underserved areas and for helping with communications after natural disasters. The idea may sound a bit crazy — and that’s part of the reason we’re calling it Project Loon — but there’s solid science behind it.”

The vision is that the balloons shall sail freely around the world with “effortless elegance,” delivering Internet access to the people who need it most. However, like the wind, balloons are not easily governable by man, nature, or Google. But Google will certainly try. The Loonies (as I have dubbed them) will use “complex algorithms and lots of computing power” to control their path through the sky and manage the fleet so each balloon ends up in the right spot at the right time. This sounds like an awesome idea for a video game.

Pilot testing is currently going on in Canterbury, New Zealand, where 50 people are trying to connect to the Internet using the balloons. As the system gets refined, Google will set up additional pilots in countries at the same latitude and search for partners.

Internet connectivity has shown time and time again to be a significant driver of economic growth, developmental progress, and local empowerment. With the Internet, people can access information, educate themselves, establish communities, and set up a business. Many of the African entrepreneurs I spoke with name unreliable Internet as their greatest challenge. A report issued by Ericsson recently found that mobile penetration is around 71 percent in Africa while global penetration exceeds 90 percent, but smartphones are only as useful as their Internet connections.

Balloons could be the solution, and they would be a whimsical and delightful solution at that. But for now, we just have loons and their balloons.