Driverless cars will undoubtedly have a big part to play in the future of personal transport, with the likes of Google making big moves and Uber planning its own automated car research center. But the taxi industry isn’t happy about this, which is why e-transport company Hailo is aligning itself with the people who power what is one of London’s most famous industries.

Taking to the streets of the U.K. capital last night, Hailo launched what it’s calling a “Face to Faceless” campaign, which basically involves projecting the faces of London cabbies onto london landmarks and buildings. The goal? To celebrate “the role of the cabbie in the face of driverless car technology,” it said in a press release. 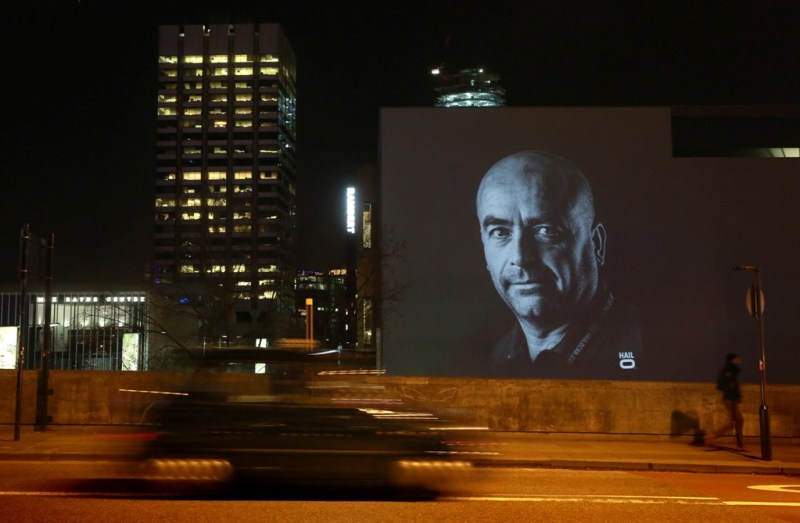 Above: Micky Eales, a London cabbie, is projected onto Waterloo Bridge. 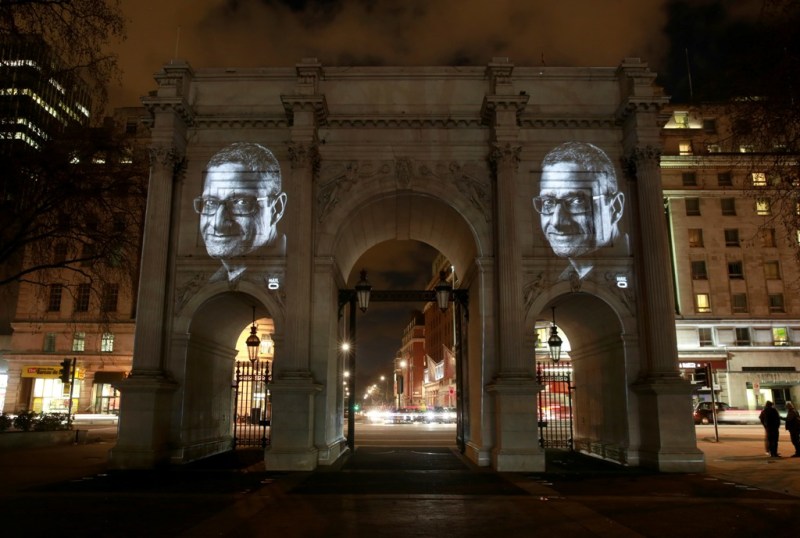 Above: Divyesh Ruparelia, a London cabbie, is projected onto Marble Arch. 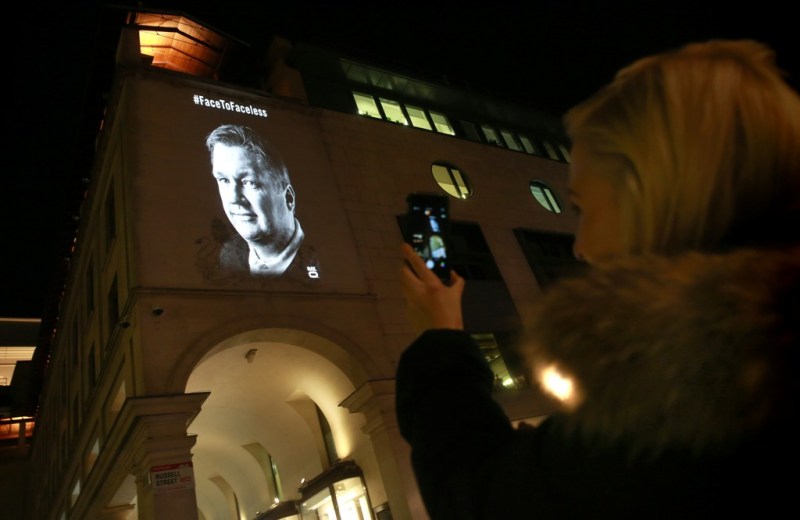 Above: Warren Wolfe, a London cabbie, is projected onto the Royal Opera House.

Hailo emerged as one of the frontrunners in the emerging e-taxi space back in 2011, when it arrived in London. It then launched into a large global rollout covering Europe, North America, and Asia — however, with Hailo chairman Ron Zeghibe saying that Uber can spend money like drunken sailors, the company pulled out of the U.S. in October.

While Uber has often fallen foul of local taxi authorities and drivers in new markets it has sought to enter, its move into the driverless car realm is perhaps the most direct threat to taxi drivers yet, even though the fruits of this labor may yet be years away.

Hailo, however, hasn’t always been flavor of the month with taxi drivers either — starting initially as an e-hail platform for metered “black” taxis, it opened to private minicab companies last year. As a result, Hailo’s offices were vandalized, with the word “scabs” scrawled across its walls.

Now, however, Hailo wants to win the hearts and minds of taxi drivers with a visible campaign designed to distance itself not only from Uber’s initiatives, but that of the U.K. government. Indeed, Britain recently gave driverless cars the green light for testing on public roads, with £100 million ($150 million) pledged in the recent budget. A KPMG report suggested that the autonomous car industry could boost the U.K. economy by £51 billion ($75 billion) and create 320,000 new jobs by 2030.

“People don’t want robots; they need to know that their driver will get them from A to B safely and securely,” said Hailo CMO Gary Bramall. “Nothing can replace the relationship a passengers builds with their driver, and we need to stand up for drivers. Cabbies have been a part of this city for hundreds of years and the move towards driverless cars is killing not only an entire profession, but a huge part of Britain’s heritage.”