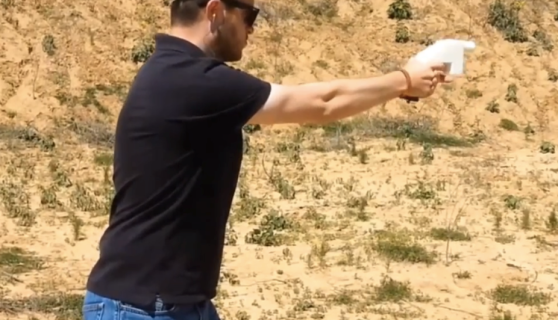 One of the most basic realities about 3D printed guns is that preventing people from accessing them is going to be really, really tough.

The Department of Homeland Security may finally have figured that out, at least according to a memo obtained by Fox News. Here’s a section of it:

If you’ve been following the 3D printed gun story, then you probably know that the firearms were always meant to be uncontrollable. Because 3D printed guns are digital objects before they are physical ones, controlling them is as tough as preventing people from getting their hands on the latest Daft Punk single.

This became particularly clear earlier this month when the State Department’s Office of Defense Trade Compliance ordered 3D gun-printing promoter Defense Distributed to remove from its website the files for its first 3D printed gun. The problem? The gesture was largely an empty one, as the files had already been downloaded thousands of times. The cat was, as they say, out of the bag — and Defense Distributed founder Cody Wilson knew it.

“Because the files are all over the Internet, the Pirate Bay has it — to think this can be stopped in any meaningful way is to misunderstand what the future of distributive technologies is about,” Wilson told BetaBeat in the wake of the news.

The other component of this is detectability, which is perhaps the bigger concern for the Department of Homeland Security. 3D printed guns are made of out of plastic, which means they won’t set off metal detectors. While that’s a nightmare scenario for law enforcement, it was also a concern cleverly addressed with Defense Distributed’s Liberator, which features a chunk of metal to appease legislators.

All of which means that, yes, Homeland Security is on point when it says limiting access to 3D printed firearms will be impossible. The big question now is, what will the government will do now that it accepts that reality?