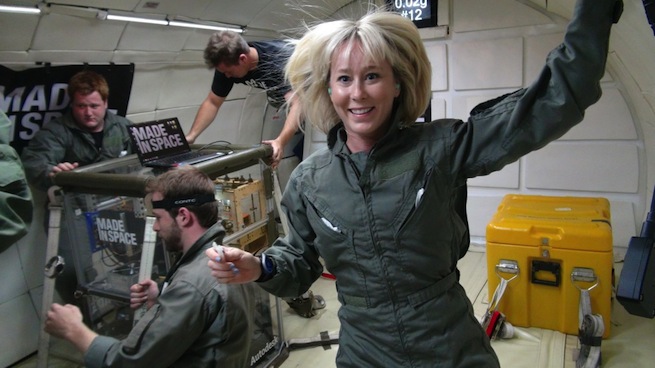 NASA will transport 3D printers to space so astronauts can print tools — and potentially even food.

NASA’s chief administrator Charles Bolden discussed the role of 3D printers during a recent press tour of the Ames Research Center. According to ComputerWorld, Bolden believes the technology could be “key,” particularly as the agency explores missions to Mars and beyond.

“As NASA ventures further into space, whether redirecting an asteroid or sending humans to Mars, we’ll need transformative technology to reduce cargo weight and volume,” Bolden said. “In the future, perhaps astronauts will be able to print the tools or components they need while in space.”

A recent NASA blog post supports his theory; the author writes that “the agency will need to make improvements in life support systems,” and the “current food system wouldn’t meet the nutritional needs and five-year shelf life required for a mission to Mars.”

According to Space.com, NASA’s has been looking into printing technology for several years. The agency recently poured $125,000 into the development of a prototype 3D pizza printer to feed astronauts on long space journeys, such as the 500-day trek to Mars.

To bolster this effort, a company called Made In Space recently published a blog post announcing that it has been testing the effects of microgravity on 3D printing. In February 2013, it claimed it scored a contract with NASA, and is scheduled to send a 3D printer to the space station in 2014.

Photo credit: Made in Space