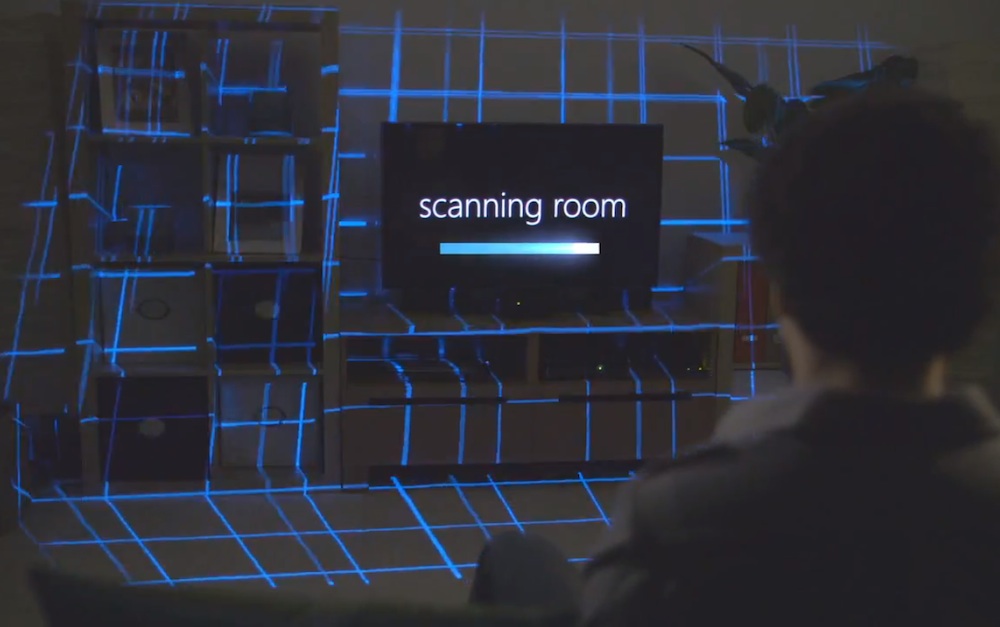 With the high volume of new products and flashy prototypes vying for attention at CES 2013, few have shown the kind of innovation needed to bring humanity one step closer to creating the ultimate consumer electronic device: a holodeck.

Yes, that’s right. The same holodeck from Star Trek: The Next Generation that uses light* to transform a room into a fully immersive and interactive environment of your own choosing.

Fortunately, Microsoft is working on a technology that could serve as the precursor to a real holodeck, (or at the very least a decent upgrade to Troy and Abed’s Imaginarium).

During the Samsung CES keynote yesterday, Microsoft gave a demonstration of a new research project called Illumiroom that fills a room with lights and images that coincide with what’s being shown on a TV screen. The experimental display tech uses Xbox Kinect — in conjunction with a projector — to scan the appearance and geometry of the room.

The demonstration primarily shows off how this kind of tech can enhance video games. For example, playing a first person shooter would adapt your entire wall as part of the screen, with the TV obviously being the center point. (See image below.) The result is the same view you’d see if you were actually holding a gun while standing on a battlefield. 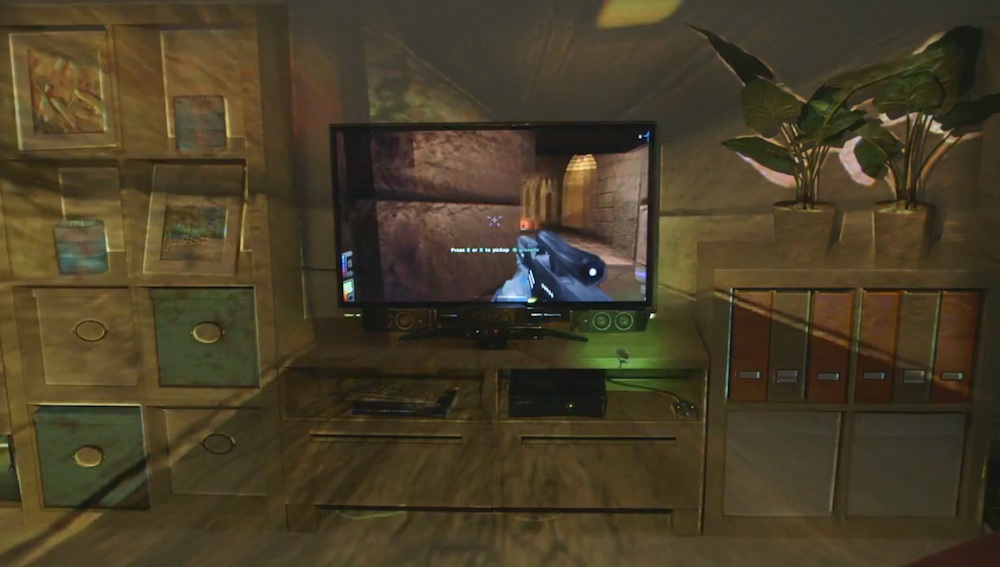 We’ve embedded a demo video below from Microsoft Research showing the Illumiroom display tech in action. The company plans to share more about the experimental tech at the human-computer interaction conference CHI 2013 in late April.

* Technically, a holodeck uses a combination of force fields and photon light particles to give the illusion that you are not actually standing in a relatively small room on a starship. Trekkies, feel free to improve my explanation in the comment section.