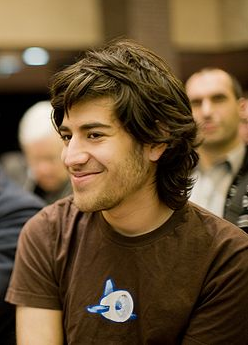 A 24-year-old programmer and online political activist could face up to 35 years in prison and a $1 million fine after being indicted on charges that he stole more than four million documents from the Massachusetts Institute of Technology (MIT) and JSTOR, a nonprofit archive of scientific journals and academic papers.

That programmer is Aaron Swartz, a popular expert in Internet academic circles. He is the founder and former director of Demand Progress, a nonprofit political action group. Swartz also created the nonprofit site watchdog.net. His personal website states that he worked with “Web inventor Tim Berners-Lee at MIT” to help “develop and popularize standards for sharing data on the Web.”

Swartz is not a co-founder of reddit.com, contrary to some of today’s news headlines. Swartz’s company Infogami was acquired by the user-generated news site six months after Reddit was founded in 2005.

Swartz was indicted last Thursday by the United States Attorney for the District of Massachusetts. According to a press release from the district attorney, Swartz broke into a restricted area of M.I.T. and entered a computer wiring closet where he accessed the M.I.T. computer network and took millions of documents from JSTOR. He is charged with wire fraud, computer fraud, obtaining information from a protected computer and criminal forfeiture.

“It’s like trying to put someone in jail for allegedly checking too many books out of the library,” says Demand Progress’s executive director, David Segal, in a blog post.

“Stealing is stealing whether you use a computer command or a crowbar, and whether you take documents, data or dollars. It is equally harmful to the victim whether you sell what you have stolen or give it away,” said the Massachusetts district attorney in the press release.

It appears no personal information was stolen in the thefts, according to the D.A.’s release.

Swartz surrendered today, was arraigned in U.S. District Court in Boston this morning and pled not guilty to all counts. He was released on $100,000 unsecured bond.

We called MIT which is issuing a firm “no comment” at this time. Swartz is also not available for comment.

JSTOR pointed us to its online response:

“Last fall and winter, JSTOR experienced a significant misuse of our database. A substantial portion of our publisher partners’ content was downloaded in an unauthorized fashion using the network at the Massachusetts Institute of Technology, one of our participating institutions.  The content taken was systematically downloaded using an approach designed to avoid detection by our monitoring systems.”

JSTOR reports the downloaded content included more than 4 million articles, book reviews, and other documents from academic journals and other publications. It did not include any personal information about JSTOR users.

“We stopped this downloading activity, and the individual responsible, Mr. Swartz, was identified,” explains the JSTOR response. “We secured from Mr. Swartz the content that was taken, and received confirmation that the content was not and would not be used, copied, transferred, or distributed.”

Demand Progress has posted some remarks on its site, including the comment that Swartz is “being charged with allegedly downloading too many scholarly journal articles from the Web.” The organization is collecting statements of support for Aaron.

In 2009 Swartz downloaded 19 million pages of federal court documents from a government database system, saying they should be made available free.

Swartz’s next court date is September 9, 2011 for a status conference.