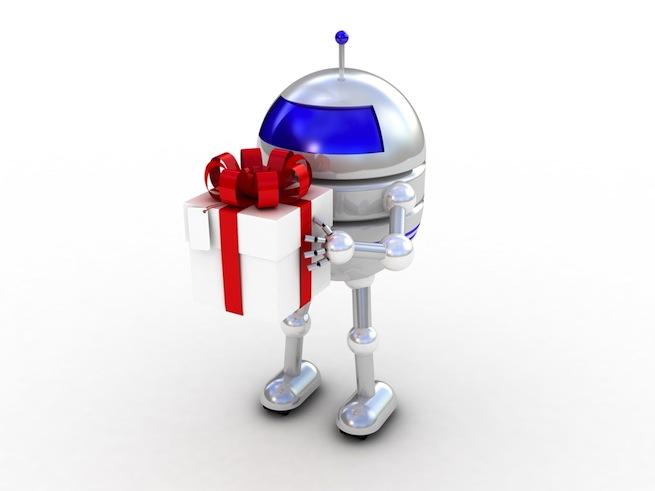 What if your computer could go on Amazon and send you a present every month without you knowing what it is. Pretty human, right? In Darius Kazemi’s case, that’s exactly what his “Random Shopper” does, all with a simple program you could do yourself.

He explained to Boing Boing that he loves randomness almost as much as he loves forgetting about a back-ordered product he bought on Amazon and then discovering it delivered to his doorstep weeks later. He said that it’s like a gift, and why not create something that could constantly gift him things without him knowing what they are.

So he set out to create the Random Shopper. It’s a computer program that chooses random products in Amazon’s books, movies, and music sections. It is hooked up to the Wordnik application programming interface, which gives it a random word to search. From there it chooses a product at random and then buy it. The Random Shopper has a preloaded gift card and is outfitted to order; enter shipping, billing, and payment information; and then send off a gift to Kazemi every so often until it runs out of money.

Kazemi says it’s a fairly simple program to set up, and though it is coded to send him random packages, he’s actually enjoys a majority of what it sends him. Thus far he has received a CD from Ákos Rózmann, which had music that sounded more like a “defective CD,” but he wound up liking it. It then sent him The Oxford History of World Cinema and Noam Chomsky’s Cartesian Linguistics.

He has received some criticism, however, from people saying he shouldn’t waste $50 or so dollars a month on random items.

Kazemi answered the criticisms on his Tumblr. “The way I look at it is this: I’m spending $50 a month on art supplies. Some people might spend $50 a month on painting supplies: canvas, paint, brushes, etc. For me it’s a bit more abstract than that, but that’s what I’m doing.”