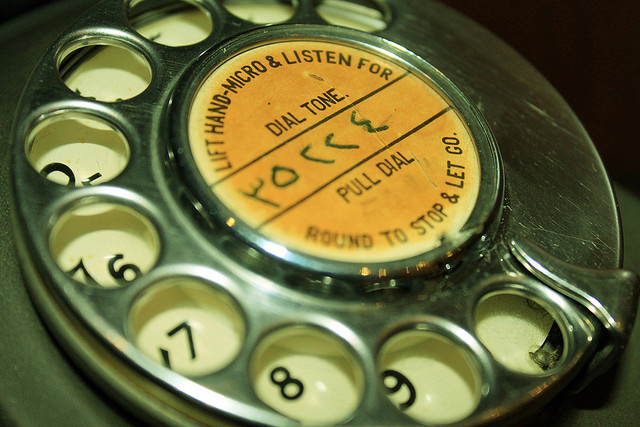 Slower Internet than Bulgaria. Data rates 38 times more expensive than Japan. And only 5 percent of the upload speed generally found in France.

In his new book The Fine Print, Pulitzer Prize-winning journalist David Cay Johnston tell us, among other things, what’s wrong with the Internet in America. The answer is fairly depressing: It’s too slow, too expensive, and … too controlled by a duopoly of AT&T and Verizon.

Japan has fiberoptic Internet available to many homes with speeds of 100 or 200 megabits per second, and, believe it or not, an available 1 gigabit per second service. (At least one place in the U.S, Chattanooga, Tenn., can get an equivalent speed.) South Korea is still the king of Internet speeds, however, with an average 17.5 megabits per second to all homes.

Average speed in the U.S., meanwhile is a measly 5.8 megabits per second — actually a decrease from U.S speeds of 2011, according to Royal Pingdom. It’s the barely visible blue line in the chart below: 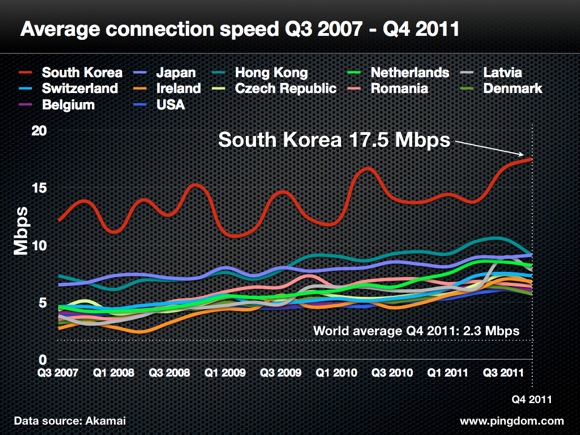 That slower speed comes, unfortunately, at a higher cost than many other countries.

Typically, service providers point to the vast distances of North America as the reason why speeds are slower here. VentureBeat contacted both Verizon and AT&T for comment, but neither have responded (yet).

The question remains for cities as densely packed as New York: Why such high cost for such comparably slow service?

Johnston’s answer is that Americans were better off with Ma Bell’s monopoly. Adjusting for inflation, he says, phone service is 230 percent more expensive than in 1984.