Acer has unveiled its Acer Predator Orion 9000 desktop for gamers. It is aimed at bringing high-performance computing to the desktop with 4-way graphics and 18-core processors to power virtual reality apps and more with ease — and with high-end 8K UltraHigh Definition images.

The company is the latest to go after gamers this fall, unveiling the new products at the IFA tech trade show in Berlin. The Predator Orion 9000 uses carbon fiber to keep its weight down, and it has tool-less side panels so you can upgrade the desktop easily. Dell, Asus, and others are all making their announcements at IFA or the PAX West game fan show as well.

Acer also unveiled its Predator X35 monitor, supporting Nvidia G-sync and Acer HDR Ultra technology. It has a 21:9 display, a 4-millisecond response time, and WQHD resolution (3,440-by-1,440). The Predator Orion 9000 also has liquid cooling and advanced airflow management. It has as many as five 120-millimeter fans to keep cool air passing through the chassis. The graphics cards also have blower-style fans to drive the heat out from the back. 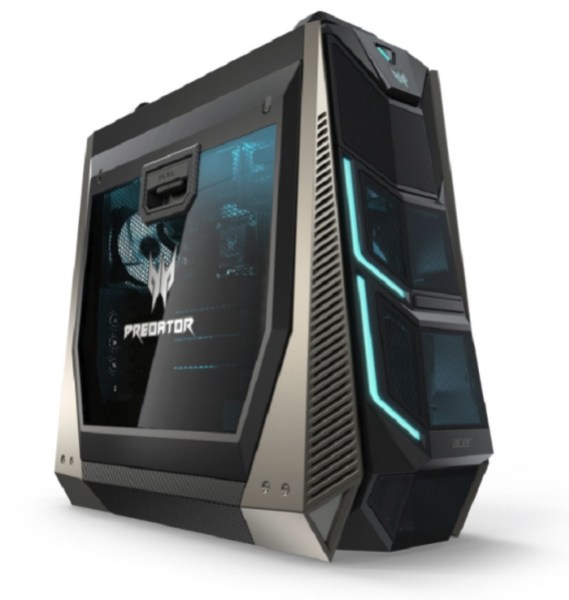 The PC can use an Intel Core i9 Extreme Edition processor with 18 cores and 36 threads. It can also support up to 4-way AMD Radeon RX Vega graphics or two Nvidia GeForce GTX 1080Ti graphics in SLI mode. You can press a single button to overclock the machine.

Acer also announced its Predator Galea 500 gaming headset with 3D sound, and a Predator Cestus 500 gaming mouse. The Predator G9 Series gaming desktops will be available in North America in December with prices starting at $2,000 and in Europe in November starting at €2,000. 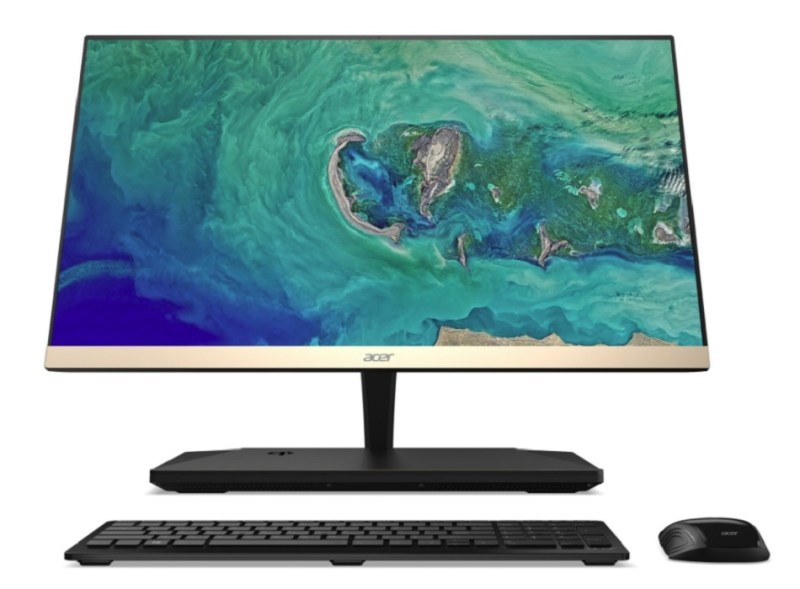 Acer also announced the Acer Aspire S24, its slimmest ever all-in-one desktop. It features a side profile of 0.23 inches.