Call of Duty: Warzone is getting its first really new map on December 8 in the form of Caldera, the Warzone Pacific map set in Call of Duty: Vanguard.

It’s the first major map change since the debut of Warzone in March 2020, when the pandemic-driven lockdowns drove audience levels for the free-to-play battle royale to more than 100 million. Of course, this is the second map change if you count the redo of the Verdansk map in April 2021 to an earlier time period (it was still pretty similar to the original map).

The map will figure a new dedicated playlist (of new scenario types) with new vehicles and weapons from Call of Duty: Vanguard. The huge map has 15 distinct areas to explore and fight across. In order for Vanguard players to access Warzone Pacific 24 hours early, they need to have played at least one Vanguard multiplayer game. 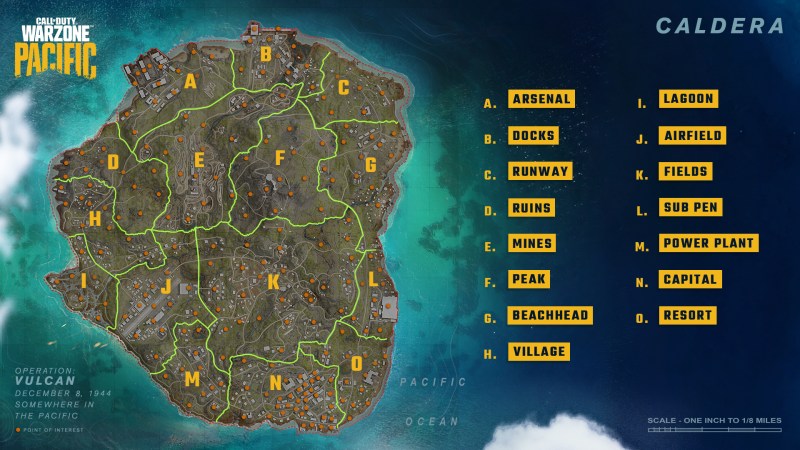 Above: Warzone’s Caldera map has 15 sections.

As part of the Season One update, Ricochet Anti-Cheat will deploy a new, internally developed kernel-level driver on PC to assist in identifying cheaters in Warzone. This kernel-level driver is coming first to Warzone and will be required for all PC players as of this update.

Caldera and Warzone Pacific are just the start of the free content to be offered in Season One of Call of Duty: Vanguard and Warzone. More info is coming on two free functional weapons, new Operators, Zombies content, multiplayer modes, and two new multiplayer maps all launching on December 8. 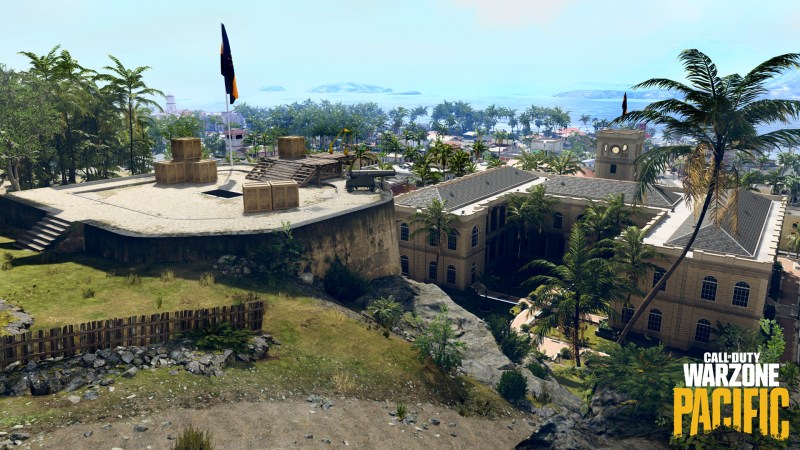 Above: Caldera’s views of the ocean.

Later in the seasons, fans can expect two more Operators, an additional core Multiplayer map and returning small-team tactical mode, additional Zombies info, another free weapon unlocked via challenges, and a festive celebration across both games.

The map has a series of locations including arsenal, docks, runway, ruins, mines, peak, beachhead, village, power plant, capital, resort, sub pen, lagoon, airfield, and fields. The map has hundreds of lesser points of interest as well. In terms of competition, Battlefield 2042 is already out, and Halo: Infinite debuts on December 8.

Activision said Vanguard Royale has a few differences compared to a traditional battle royale. Players can fly fighter planes that rain down fire on foes or head for the anti-aircraft guns or trucks to shoot them out of the skies. Other ground-based vehicles, including a squad transport all-terrain car, will help your squad cut through and around the island.

One of the big changes is that it will focus on World War II weapons, not modern weapons. Loadouts can only contain Vanguard weaponry, streamlining the meta for more accessibility and room for experimentation. Expect all weapons around the island to also be from Vanguard. Operator selection is also limited to Vanguard soldiers. So that gets rid of anachronistic gameplay anomalies.

The radii and times for circle collapses will be altered to offer a different pace of play, especially with dogfighting overhead. Also, expect an in-game event at each circle collapse, bombing runs, and different items both within Caldera’s overworld and contract rewards.