In a demo at the Computex trade show in Taiwan, AMD executive Jim Anderson showed off the new flagship central processing unit (CPU), the Ryzen Threadripper. The processor is based on AMD’s Zen architecture, which can process 52 percent more instructions per clock cycle compared to AMD’s older CPUs.

The Threadripper is coming this summer, and it has 16 cores capable of running 32 threads. It supports 64 lanes of PCIe 3.0 devices, such as graphics cards. It has four channels of DDR4 memory. It’s about twice as fast as the 8-core Ryzen 7 desktop processor that AMD introduced three months ago. ASRock, Asus, Gigabyte, and MSi will have motherboards ready when the chip launches. 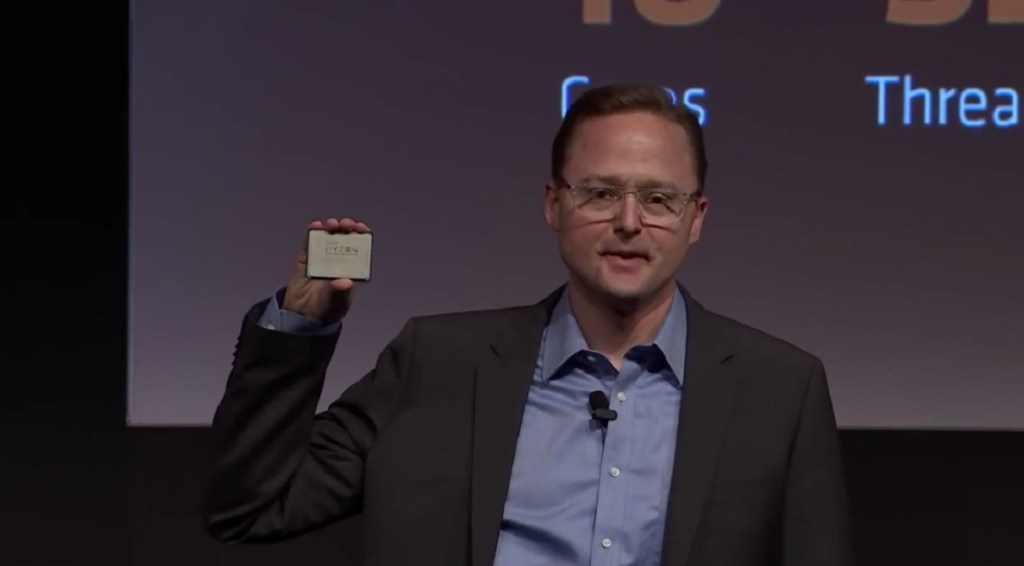 Above: AMD’s Ryzen Threadripper debuts this summer for high-end PCs and game machines.

“You basically can’t do this without the horsepower of Threadripper with the two Frontier Edition GPUs,” Su said. “This is an example of high-performance computing at its best.”

Su also said, “We love gamers, as part of AMD.” And she proceeded to show a demo of Prey running at 4K resolution. I’ve played Prey, and the scene that AMD showed happened to be the most intense action scene in the entire game. Here’s what it looked like on my standard PlayStation 4 (about four minutes into the video).

On the Ryzen, the same scene in the same game played without a hitch. But it looked much prettier on the Threadripper.