Code jams have become incredibly popular, often gathering dozens, hundreds, or even thousands of programmers to innovate, collaborate, and compete in relatively quick coding endeavors. In a similar form, game jams have sprung up as a way for game makers to conceive and create a viable game, sometimes in as little as 24 hours.

The game jam concept was well known to Yacine Salmi and his collaborator Stefan Hell. In fact, it’s how they got to know each other. When they decided to come up with their own game ideas, they studied titles they liked and then held two-man brainstorming sessions that they treated like internal game jams. 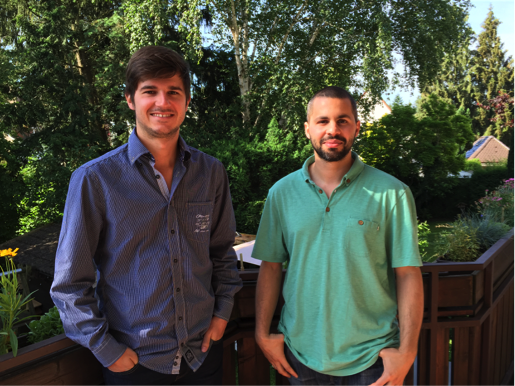 Above: Stefan Hell (left) and Yacine Salmi of Salmi Games

What they generated from those exercises became the seed for the creation of a viable game-development studio called Salmi Games. Last year, the small studio released Ellipsis, an “avoid-’em-up” title that’s reminiscent of Geometry Wars. Initially released on mobile devices, this past January PC version was launched via Steam.

Salmi — who was born in America, but is currently living in Munich, Germany — started an umbrella company in 2013 that enabled him to make a living doing freelance coding and that funded his desire to make games on the side.

“I had previously worked in the game industry for 10 years, but this was my attempt at doing the indie life while paying my bills,” Salmi says. “I had previously done another indie company, but it didn’t go as well. I put all of my eggs in one basket and it just fell apart in the end. [This time], I wanted to build something sustainable.”

The first Salmi game jams were intended to explore how touch could be used to control a game. With the touch concept, it made sense to target mobile devices. But touch-controlled games had issues, and Salmi wanted to come up with a way around that. 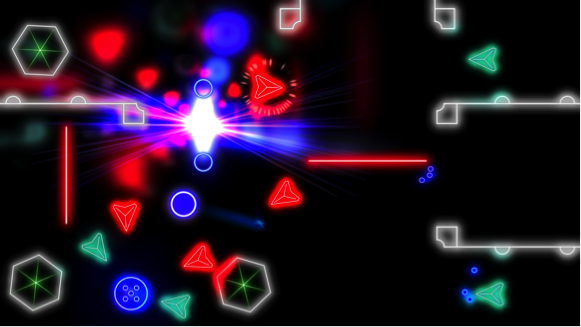 “The main reason people don’t build touch-controlled games is because your finger or your hand tend to hide the action,” Salmi explains. “But we really liked the concept we came up with, so we decided to develop it further and work around the limitation presented by the player’s hand.

“We decided to build out levels that were very large and sparse, so you’d have time to see your objectives, see your enemies, and move around. It sort of became a dance with your hand and your fingers.”

The game did well, but Salmi says they hoped to bring it to PC, which was an uncommon path for game software. Not wanting to just port the game over to PC, they devoted time to “do a proper PC version.”

“We realized it would work with a mouse…but we didn’t just want to do a port,” Salmi explains. “We added content, we added a level editor, we redid all of our assets. We really tuned it for the PC…we made sure the game ran on every type of device, and that’s where the Intel optimization tools came in handy.”

The game not only did well on PC, it won Game of the Year, as well as Best Action Game, in the 2016 Intel Level Up Game Developer Contest. 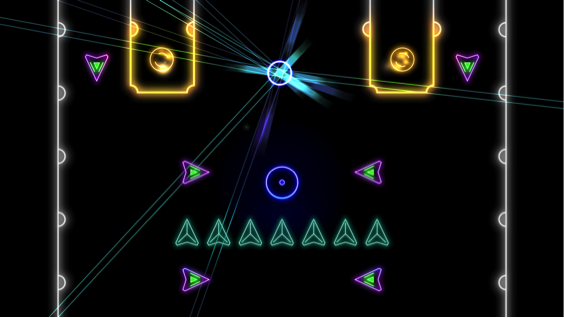 The next game could be a smash

Not content to sit back on Ellipsis’ success, Salmi and Hell are exploring new and ambitious product ideas. They’re now pursuing a game with the working title Late For Work, a virtual-reality (VR) game that plays like the old arcade game Rampage, where a King Kong-like gorilla scales skyscrapers and tries to smash them to smithereens, all the while avoiding the humans seeking to take him out.

An early concept includes a multiplayer mode that Salmi hopes will make it a “social VR game.” One person will wear the headset and play the gorilla, while the other two players use gamepads on a PC or jump in with their phones, taking over planes, tanks, and cars. Then they’ll all switch places, so everyone gets a chance to be the gorilla in VR gear.

With such a high-reaching concept, Salmi says that they’re looking at outside funding and considering bringing in more coders to help. Until recently, he and Hell used to work out of their respective Munich homes, but the pair recently moved into an office… and optimistically has gotten one with room for five.

“I’m hoping in the next three or four months we can ramp up… add an artist, add a programmer, and probably we’ll do some more outsourcing on the audio and the animation sides.”

Such are the woes of becoming successful and growing your company.

And all of that from a few two-man game jams.