George Orwell got it wrong about Big Brother watching you. Instead, it’s lots of Little Brothers who are watching all of us via the Internet of Things — or making billions of everyday objects smart and connected.

That’s part of the premise behind the Ubisoft video game Watch Dogs 2, and it turned out to be prescient when it debuted back in December. At our recent GamesBeat Summit 2017, we went behind the headlines of hacking to look at what was real and what was fiction in the game about hackers and “hacktivist” culture in San Francisco.

Tech journalist Violet Blue and Watch Dogs brand content director Thomas Geffroyd spoke about the eerie resemblance between the video game and current events since the election of Donald Trump. Blue has been a consultant on the game, and she drew from her extensive reporting on the real-life hacking underground. She felt like characters in the game were almost exactly like some of the people she knows.

Geffroyd made many trips to San Francisco to meet hackers, and he also attended the Defcon hacker events in Las Vegas for years. 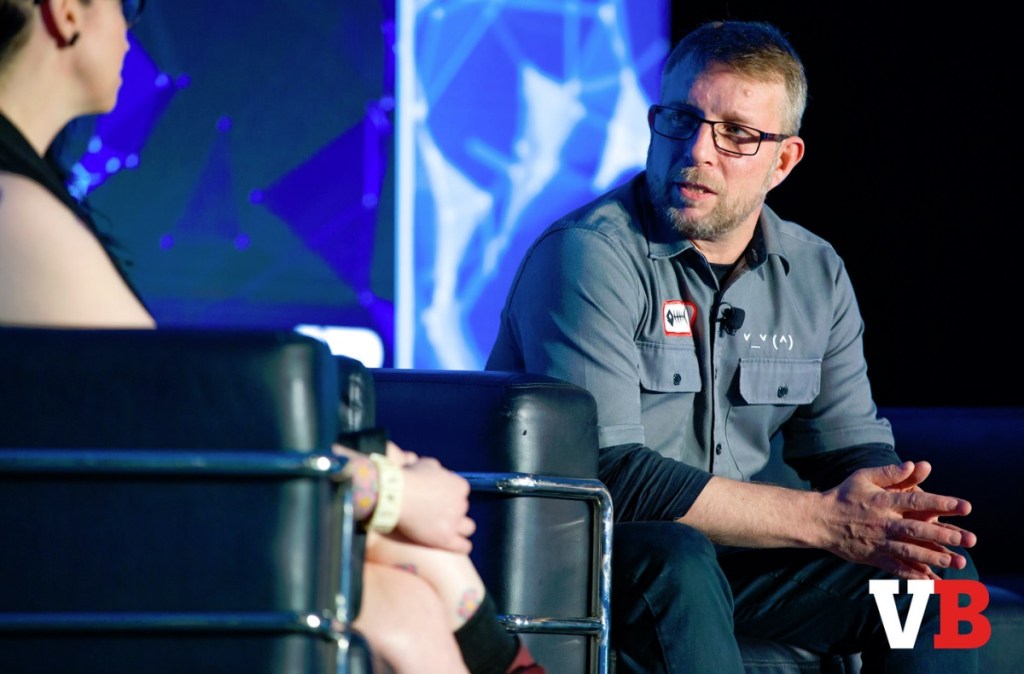 Above: Thomas Geffroyd visited the Defcon shows to do research for Watch Dogs 2.

Ubisoft’s team tried to make the San Francisco of the game feel authentic. And they used the story to try to make a statement about how we are surrendering our freedoms for the sake of convenience, as we adopt new technologies for smart cities, smart homes, smart cars, and smartphones.

“We spent a lot of time with the hacking community,” Geffroyd said. “They are usually a step ahead on technology risks, and we tend to be faster than the press at developing a narrative.”

After I played the game, I felt it had an impact on my own views. And not long afterward, I wrote an editorial asking then-President Obama to pardon Edward Snowden.

Geffroyd worries that new technologies like augmented reality and virtual reality will also be vulnerable to hacking. During the press tour back in October, Blue said that predictive policing was just starting to get covered in the media, with police collecting data on movements, such as Black Lives Matter. That was just the kind of thing that Watch Dogs 2 anticipated.

“It was something that a lot of us and a lot of us hackers knew about,” she said. “It’s essentially the buying-and-selling of data through third-party companies to police departments across the United States to profile, follow, and track protesters. And to also do what they call ‘predictive policing’ in different areas, where they would do algorithmic predictions on certain areas in certain neighborhoods to predict where crime would happen. Not surprisingly, it was a really racist algorithm, which is how it ended up playing into the storyline in the game.”

Please check out the video of the session. 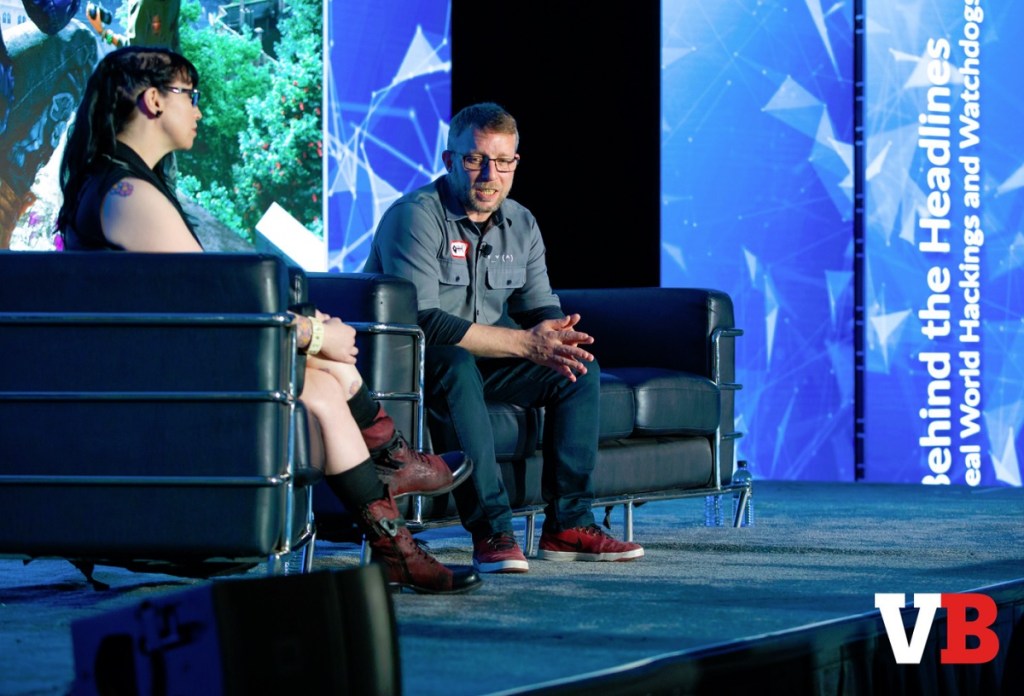 Above: Tech journalist Violet Blue and Thomas Geffroyd of Ubisoft did the real-world research on hackers for Watch Dogs 2.