From a distance, it seems Blizzard has everything figured out with Overwatch. $1 billion in sales and 30 million players is a massive commercial and cultural success. Taking out the magnifying glass to examine Overwatch from a competitive gaming perspective tells a different story, however. Blizzard wants Overwatch to be a major esport, but so far they’ve had a difficult time convincing many people that they’re up to that challenge.

Overwatch esports barely has a pulse right now, and that can’t be what Blizzard wants with Overwatch League set to launch later this year. Organizations are dropping their rosters left and right, and it’s what Blizzard isn’t saying or doing that has them worried. Take it from Ninjas in Pyjamas, the European team that had one of the best Overwatch rosters in the world. Upon eliminating their team on June 21st, they said, “The scene has not evolved as expected with viewership being below expectations and Blizzard is yet to announce more details surrounding their upcoming Overwatch League.” Splyce had similar sentiments upon their departure, saying, “It’s been challenging for us in growing a fanbase around the game, and so it doesn’t make a lot of sense to keep investing resources in the title currently.”

Indeed, there isn’t much of a scene outside of whatever Blizzard has to offer (Contender tournaments and the Overwatch Open Division in July), and those events haven’t really been bringing in the fans. The last major LAN tournament was Overwatch Takeover 2 in early June, and that peaked at just 25,839 viewers, according to Esports Charts. Before that, it was the NGE Winter Premiere finals all the way back in January at PAX South. You have to go abroad to find the only meaningful league-style LAN tournament for Overwatch, and that’s South Korea’s OGN Overwatch Apex, currently in its third season. The only recurring online tournament with a following, Alienware’s Overwatch Monthly Melee, saw its final brackets played out back in May. Visibility for teams is low, and they’re taking precautions. 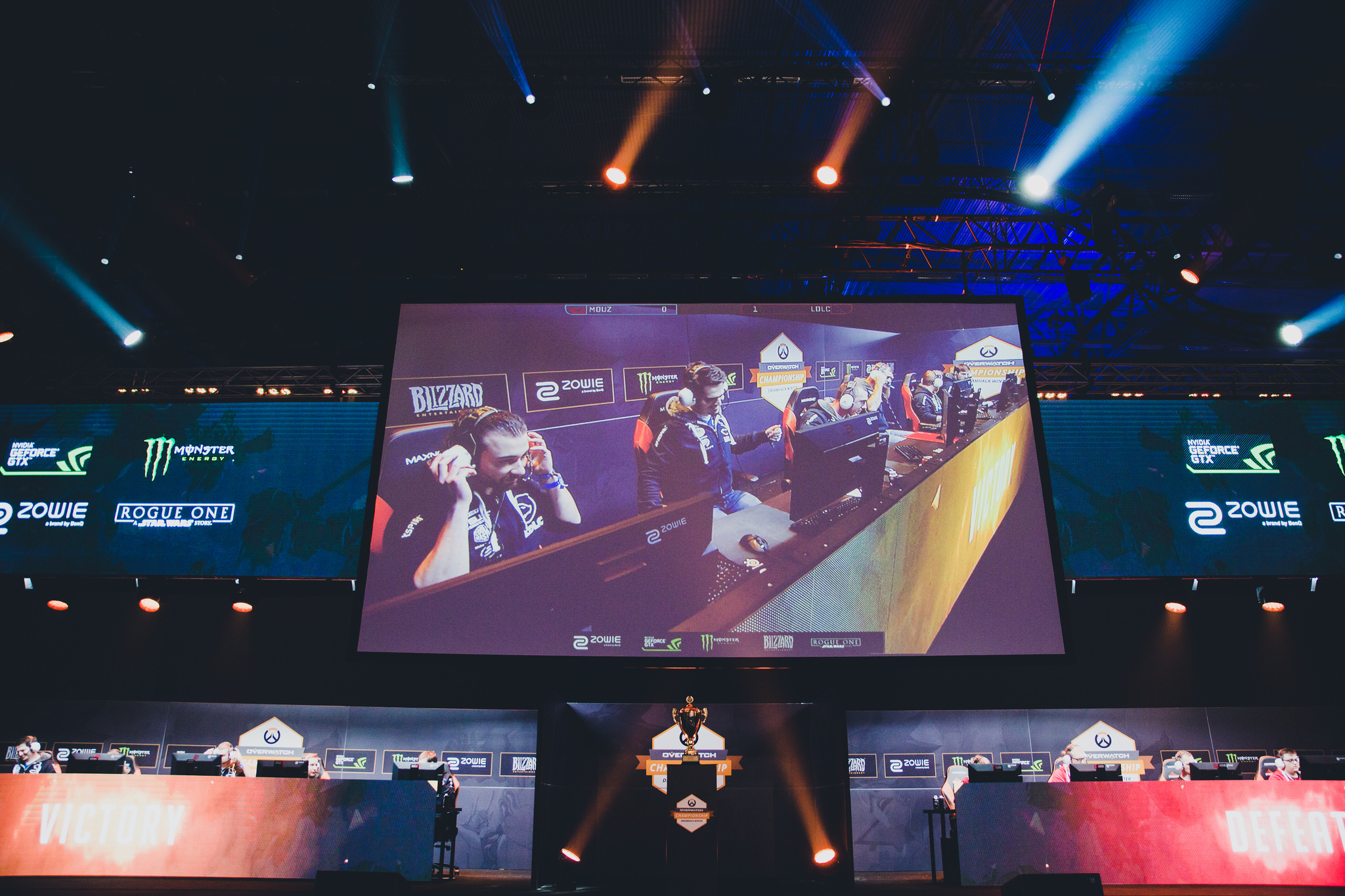 The business side of Blizzard’s massive undertaking, Overwatch League, doesn’t have people feeling very comfortable, either. As a multi-step project, it’s been slow going, with interested parties only hearing rumors of franchising fees going up to $20 million depending on location and delayed revenue sharing, according to a report by ESPN. By contrast, Riot’s buy-in cost for LCS will be $10 million, and that’s for the biggest esport in the world, League of Legends. Having people like Robert Kraft, owner of the New England Patriots, purchasing spots in the league isn’t helping matters. Organizations that don’t have that kind of money might feel like they don’t have a chance, as suggested by Taylor “b1am” Forrest in his statement regarding Team SoloMid’s departure: “After learning more information about the OWL ($$$), TSM decided that it’d be better for the organization to stay out of the competitive scene, at least for now.”

To this point, Blizzard hasn’t said a whole lot. In a statement to Kotaku, they said, “The league is built upon the best elements of endemic esports programs and traditional sports, and we’re in active discussions with many teams and owners from both worlds because it will take a village to stand up a league with such an unprecedented structure. Those conversations have been going well and there’s a lot of excitement around our ambitious plans.” That’s the only official statement from Blizzard, but it leaves more questions than answers.

Immortals is one of the few endemic organizations that has seen quite a bit of success in Overwatch. Their CEO, Noah Whinston, has been very outspoken about keeping things in perspective when it comes to Overwatch. In regards to teams dropping their rosters, he told PC Gamer in an interview that, “…I think teams that are dropping their Overwatch teams right now are not really thinking about the long term of Overwatch League. Because obviously that’s going to be a big game-changer for the scene and that’s true whether we’re a part of it or not.” He went on to say that price points and other financial leaks are nothing but “rampant speculation.”

Other members of the esports community have had to work much harder to stay afloat in the wake of the Overwatch League rumors. Jeremy Wong, former coach of the Denial Esports roster, told me in an interview that, “I don’t think I was in agreement with how much financial resources we’d be able to provide the team; they were also unsure whether or not they were going to get an Overwatch League spot as well, because everything was very preliminary between them and Blizzard, and the team wasn’t willing to put in the time to weather the storm to see whether that would happen.” Wong has since parted ways with his former roster, now known as Arc6, and though he remains optimistic, he still has a healthy amount of skepticism regarding the developmental Overwatch Contenders tournament, and Overwatch League in general. “But until I know more information on the Overwatch League itself, how beneficial is Contenders in the long run? I don’t know. Because there are teams with those big orgs and big sports backers that have investments or VC firms. At the end of the day my big question is, ‘would they even have to compete at these Contenders tournaments?’ other than the fact that it’s the only tournament around.”

The only Overwatch League development since its announcement at BlizzCon 2016 was the recent addition of scouting reports, though people are reporting that their “smurf” accounts are getting emailed, giving Blizzard one more annoying logistical issue to address. They did come out with the Overwatch Contenders tournament, and they are rewarding high ranking players who will compete in Overwatch Open Division in July, but that’s all. There have been no more discussions regarding their plans for Overwatch and MLG, and, as evidenced by Ninjas in Pyjamas’ dissolution, teams still aren’t confident in how this is all going to play out. Brice “Gingerpop” Breakey, support player for Arc6, echoes the sentiments of the community: “Their (Blizzard) biggest issue is not revealing everything about the league. Everything is still so sketchy.”