Among the pantheon of video game superstars, Cliff Bleszinski, founder of Boss Key Productions and former Creative Director at Epic Games, holds a unique position. Still only 42 years old, he has racked up a resume the envy of many, with multi-million-selling hits headlined by the Unreal series and Gears of War. Given that his career began as a 15-year old, it seemed that Bleszinski had been around the industry for as long as anyone could remember, which unsurprisingly then prompted retirement.

It didn’t last. It was just two years, in fact, until Bleszinski announced his return with a new company and a new game. “I was bored,” he admits, “I missed the creation of games, from the inception all the way through.” Downtime during this off-time, when not traveling for fun, was spent playing other games. “I dipped into CSGO,” he says, “and my wife is really good at them…but I got bored. And there really hasn’t been anything else that captured my attention like that.”

The brief tenure outside the industry didn’t dampen Bleszinski’s popularity with gamers and the games press, in large part for his unfailing pleasantness and good humor, willingness to answer questions with real opinions, and live a remarkably public life through social media.

As a result, building a company from scratch, convincing a team to uproot lives and families and move from around the country to Raleigh, NC, and designing a new game in a crowded marketplace, was all in the gaming public’s overbearing interest. Undaunted, the studio has now grown to 65 employees and seen this new game take shape over the course of three years. 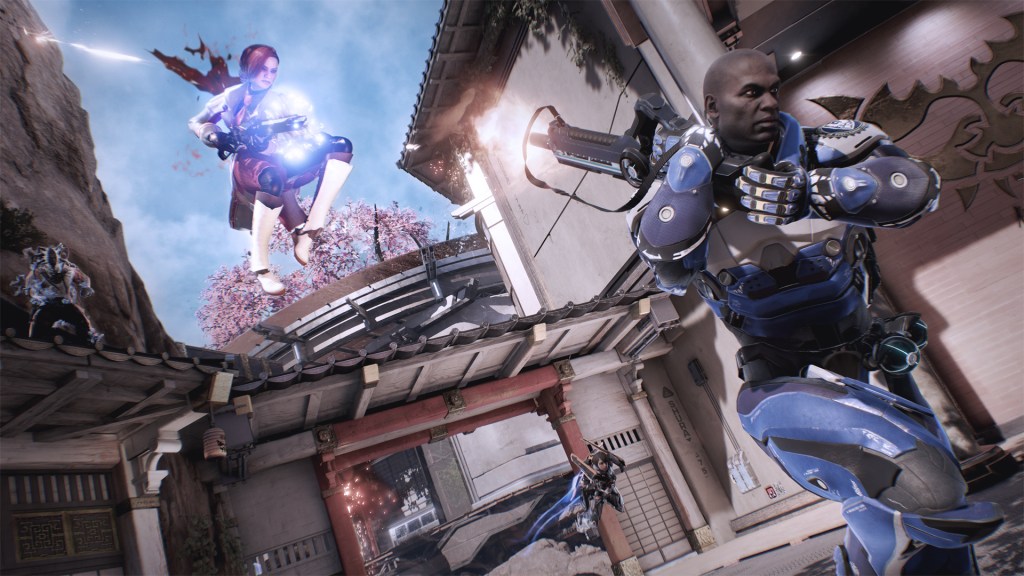 Above: Innovative use of changing gravity and gameplay functions like blindfiring ensure Lawbreakers should stand out from the crowd.

So was born Lawbreakers, a competitive shooter that plans to be another entry in the crowded arena of first-person shooters, newly dominated by games like Blizzard’s Overwatch. “The game started as my baby,” says Bleszinski, “and when we began with the concept art, it immediately took shape.”

Given his background, it’s no surprise that Bleszinski is keenly aware of all the big-brand players among this popular genre. “There’s no lack of shooters, and Halo, Call of Duty, and Battlefield will all keep going given the popularity of character-based action games,” he says. Understanding that, Bleszinski explains that this new game started life as a form of spiritual successor to Unreal Tournament 3 and Quake. “Once players mastered Quake III, more people came in to play these games, but then Quake Champions added even more with effects, personalities, and more,” he adds.

That has led to a process of constant iteration for Lawbreakers, which provides a fast-paced playing field for two teams competing in four thematically familiar but stylistically distinct game modes. “We were asking questions like ‘what happens if you shoot in zero gravity?’ that led the maps in some crazy directions, and ‘we want to see a character that shoots electricity from its hands’.”

While Bleszinski retains the role of creative lead on Lawbreakers, directing gameplay from his distinct and defined personal perspective (a situation he says had changed during his end days at Epic Games, where the scope of big business resulted in a diluting of that personal touch, and which precipitated his retirement) he now adds a crucial second responsibility at Boss Key: CEO. 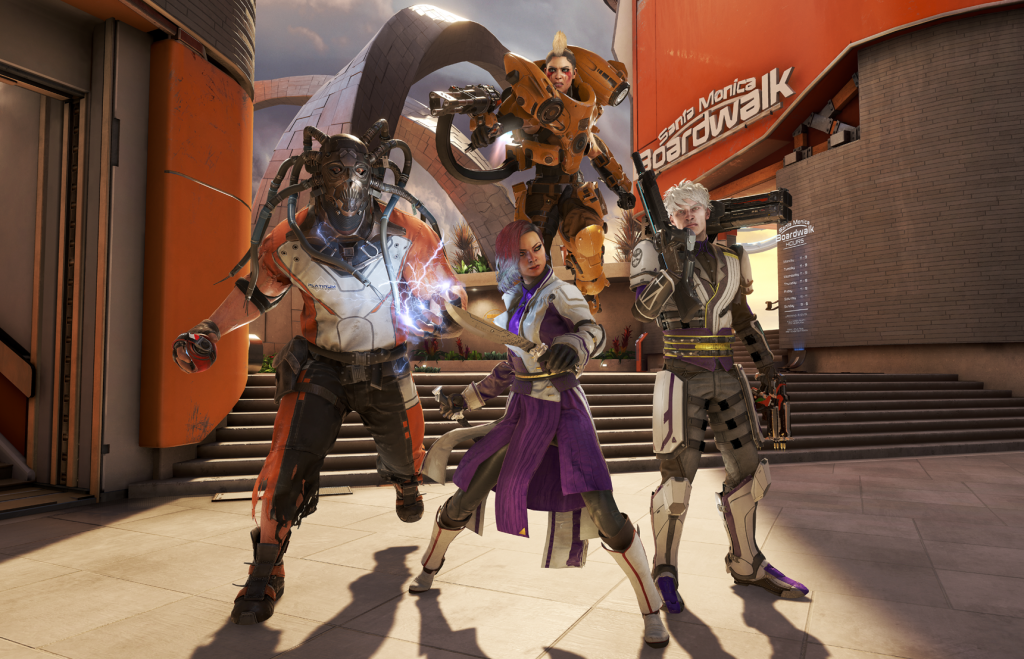 Above: Teams battling in fast-paced FPS modes pits Lawbreakers against Blizzard’s powerhouse Overwatch (and others).

Leading from the front

“It’s been about making important core decisions,” he says of the responsibilities, “and being available to employees so I can talk about their 401K or whatever. And if someone is going through something personal, we can cut them a bit of slack.”

Always comfortable in front of a crowd or speaking to the press, running the company has changed some of the public-facing events that made Bleszinski the poster-child for “famous” video game developers during the height of the Unreal and Gears campaigns. He cites presenting the original Gears of War at Grauman’s Chinese Theater as a career highlight, and now accepts that “While I will “do my share of events, I’m reducing the number of boondoggles — like going to the DICE conference in Vegas, that kind of stuff.”

The change of focus these responsibilities bring is in part due to a settled, married life, and the maturity of having enjoyed tremendous success and recognizing that it’s not just about designing chainsaws on guns or new movement techniques and map designs, but considering the lives of employees. “I’m nervous, but in a good way,” he says of the days dealing with the pressures of the game design and execution, publishing deals, and promotion.

While a new studio, the employees include many industry veterans that Bleszinski persuaded to move their talents to North Carolina, just another example of the pressures of being the boss. The move to blend a veteran and enthusiastic new staff already seems to have paid off with Lawbreakers passing the “Plays Great on Intel” performance tests using Intel integrated graphics. Additionally, the netcode has also been independently reviewed as some of the best in the world.

These new responsibilities and pressures manifest quickly in the quick response Bleszinski had to being asked what he hoped his legacy in this industry might be.

“I want the perception to be of a game designer who actually did something, who could throw ideas and see them happen,” he says. And how other people might perceive and write about him? “Not too cool for the nerdy kids, and not too nerdy for the cool kids!” It’s a line that Bleszinski has used before, emblematic of his thoughtful consideration of the communications with press and the wider gaming audience.

While Bleszinski’s journey now looks impressively distant from the kid who appeared in Nintendo Power magazine for topping the leaderboard in Super Mario Bros., it’s clearly far from over.

Retirement: The Sequel may have to wait a while.