Activision and Blizzard revealed the first gameplay details of science-fiction shooter Destiny 2 at an event in an aircraft hangar in Hawthorne, California.

Destiny 2 comes out September 8 for PlayStation 4, Xbox One, and PC, and it’s available to preorder now. The game will replace the original Destiny, which launched September 9, 2014 and had more than 30 million registered players (stellar numbers for an online multiplayer game, especially one that launched at $60).

The new revelation is the latest milestone in a decade-long partnership between Activision and Bungie. The Destiny series is one of the most ambitious in video game history. Destiny grew its audience over time, and cemented it with The Taken King expansion in 2015.

A roar arose in the hangar as Activision showed the first trailer to the crowd. “This is what we have been called for, the future we fight for” blared from the speakers. The crowd cheered as one of the Guardians with blue skin did a serious “ground pound” on an enemy.

Destiny 2 game director Luke Smith came out onstage and said, “Can we put a big ass 2 on the screen?” He said it is a chance to welcome new audiences and communities, “like the PC, where Destiny 2 will be available for the first time.

“To us, a sequel represents an opportunity to start fresh,” he said.

The aim is to create “a world that pulls you in.” It’s about characters that you intrigue you, and enemies you want to face. It’s changing the way the player-vs.-player multiplayer works to make it 4-on-4 now. Co-op is also getting a makeover. 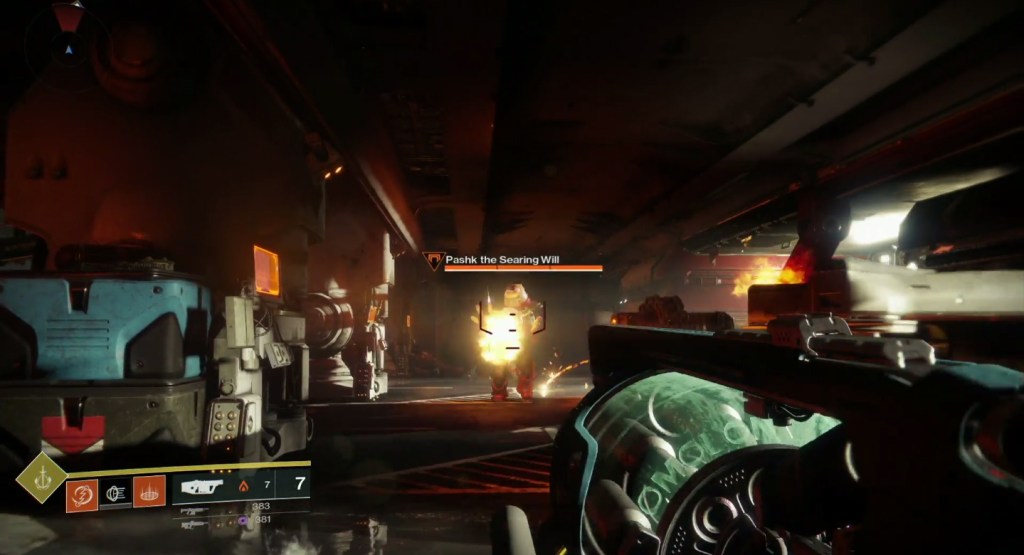 Above: I wonder if this foe will “sear” into the memories of Destiny 2 players!

“There’s always someone to play with,” he said. “The raids of Destiny 1” were limited in terms of the numbers of fans who completed them. “Fifty percent of players never had a chance to experience Destiny’s most unique content.”

He said, “Destiny 2’s vision boils down to this simple statement: It’s a world I want to be in. There’s always someone to play with.”

He then introduced Homecoming, a scene in a control room where the Guardians face a new crisis as the last defenders of Earth. A surprise attack hits the base, and one Guardian protects the others with a shield. Enemies started landing by meteor-like drop capsules, and then the scene went into a huge firefight. 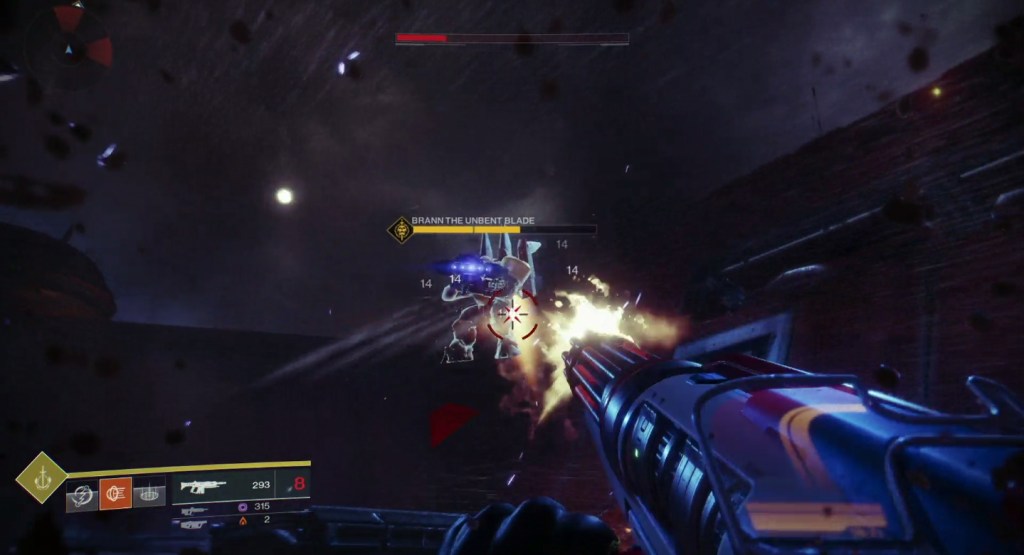 Above: Taking on some gun-toting baddie in Destiny 2.

As Guardians started doing ground-pound attacks on enemies, the crowd around me started screaming. With a rocket launcher that launched multiple missiles at once, the crowd hollered again.

The action switched to the spaceships, where another Guardian boarded a capital ship and started eliminating enemies on the vessel using a grenade canister launcher. The grenade launcher was fast and quite effective, as was a Gatling gun that the Guardian switched to seamlessly. The battle closes with a big voice booming, “Your journey ends here.” It is the voice of the leader of the Red Legion.

Destiny 2 opens with loss, and it becomes all about recovery, or getting your weapons and vault back, Smith said. The world full of superheroes lose their powers, thanks to a new foe, Ghaul. He has taken away the Light, the power of the Guardians, and you have to go get it back.

“Zavala, the leader of this whole thing, is having an existential crisis,” he said.

Players can have kinetic, energy, and power weapons. One new weapon is the Dawnblade, which you can use to hover over enemies and rain down fire. The Sentinel has a shield he can use to protect against shooters, or he can throw the shield too. The Arcstrider character will be able to fire an energy blast from his hand. 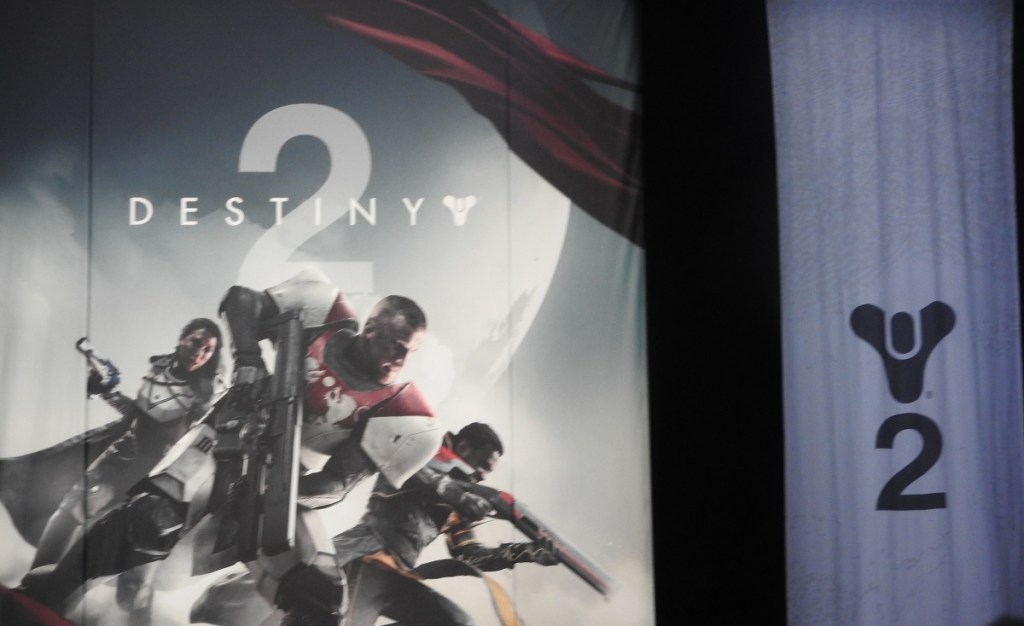 Above: A banner from the Destiny 2 event.