Stalking the fiendish beasts in Dauntless isn’t an easy task. And while you can do it alone, developer Phoenix Labs hopes you’ll bring a friend or three along the way. According to CEO and cofounder Jesse Houston, the game is an “unapologetically cooperative” experience.

“Every time I read a forum post where it’s like, ‘Oh man, I totally met this random person on the Internet last night and now we’re gaming friends forever,” I swoon!” said Houston, laughing. “I’m just like, ‘Yes, our job is done.’ I am completing my mission in life of making people happy and making friends.”

Despite only being in closed beta on PC for a few months, Dauntless already has a vibrant community filled with people who are willing to help their fellow players. It’s the kind of scenario Houston and his colleagues dreamed of when they left their jobs (from places like Riot Games and BioWare) to form Phoenix Labs in 2014. They wanted to build a studio that would foster a close relationship with its players and let them have a say in the development process.

And a compelling multiplayer game is a great way of bringing those large communities together. That’s how the idea for Dauntless, and its free-to-play business model, originated. It’s part of a small but growing number of titles in the niche hunting-action genre. At the top of that list is Capcom’s popular Monster Hunter franchise, so it’s no surprise how influential it was on Phoenix Labs’s project.

In Dauntless, you play as a Slayer, a class of warriors who defend the Shattered Isles from massive Behemoths. Killing these dangerous animals will reward you with materials that you can use to craft better weapons and armor, which in turn allow you to tackle bigger and bigger threats.

Dauntless also has an intriguing story about the people in its world and why the Behemoths, if left alive, will destroy it. But instead of front-loading the game with a ton of exposition, Phoenix Labs is splitting the narrative into bite-sized chunks.

“We wouldn’t be a bunch of ex-BioWare devs if we weren’t trying to tell a story. … We’re trying to take a very subtle approach to it. We want it to be a really interesting part of the game, but we don’t want to hit you over the head with the ‘story club’ with big, long cutscenes and loads of dialogue that are just in the way,” said Houston.

Over the past few months, the studio has been releasing small fragments of lore through newsletters and the Behemoth bestiary on its website. Non-playable characters in the city of Ramsgate — the central hub where you upgrade your gear — will also offer clues in their conversations.

Houston cited Dark Souls and Bloodborne as the type of non-linear storytelling they’re aiming for. If you want to know what’s really going on in Dauntless, you’ll have to work for it by putting all the different pieces together. 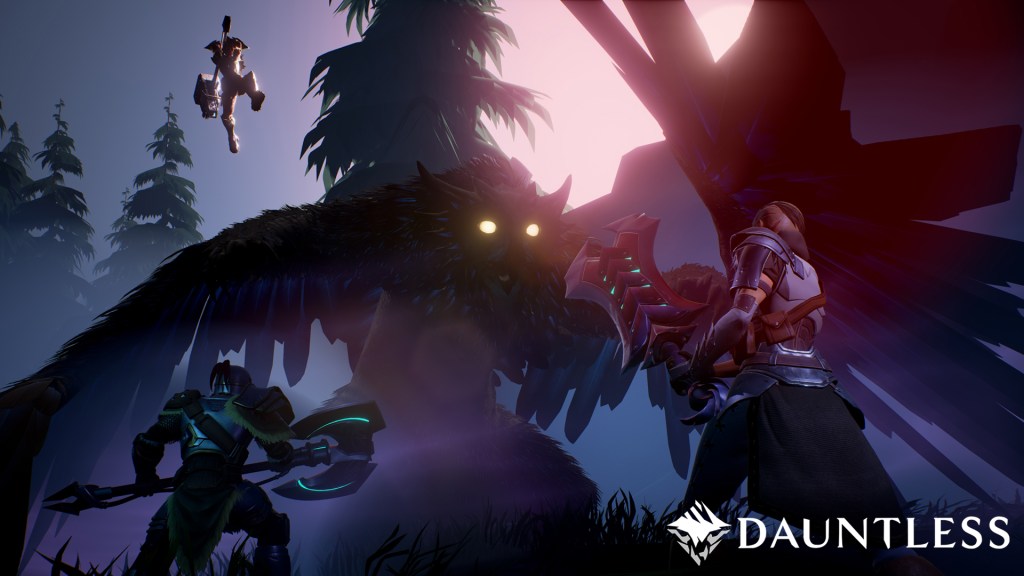 Above: A team of Slayers take on the deadly Shrike.

The lifeblood of a live game

Aside from making a big splash at The Game Awards 2016 with an evocative announcement trailer, the developers haven’t spent too much time or resources on marketing. So they weren’t sure how early adopters — the only way to access Dauntless right now is by purchasing one of three founder’s packs — would react to the game when the closed beta launched in August 2017.

But players came in droves, with many of them streaming the game on Twitch.

“The huge response took our service down — we literally had to rebuild the platform in real-time that day. It was a crazy moment for us because we expected a couple of hundred people to show up, and thousands and thousands of people showed up and I was like, ‘Oh shit. … People really want this game,’” said Houston.

Since then, the team has been soliciting feedback from the community after each major update. They interact with players through forums and social media, and try to be as open and transparent as possible about their design decisions — which is why the development road-map is publicly available. Opening up those lines of communications is one of the lessons Houston learned at Riot, which operates the successful multiplayer game League of Legends.

“One of the big takeaways that I got from working on League of Legends was the importance of thinking about a game in a live-service mentality, that iteration and improvement are the lifeblood of what makes a really good live game. If you’re not listening to the community and you’re not working with them, you’re not going to iterate in the right places,” he said.

These creator-to-player conversations have already led to big adjustments to Dauntless’s matchmaking and progression systems, as well as the monetization model. One such change had to do with loot boxes. Originally, players could only acquire cosmetic items by buying Chroma Cores, which spit out a random prize when opened.

But because of industry wide conversations around loot boxes — mostly due to the controversy surrounding Star Wars: Battlefront II — and thoughtful feedback from the Dauntless community, Phoenix Labs decided to get rid of the Chroma Cores. Now you can just buy emotes, experience boosts, and other items directly from the in-game store.

“That wasn’t really a negative conversation with our community. It was like, ‘Here’s what we’re thinking, here’s why we’re thinking it,’ and they were like, ‘It’s not working.’ And we went, ‘OK, let’s change it until it works,’ and then we did,” said Houston. 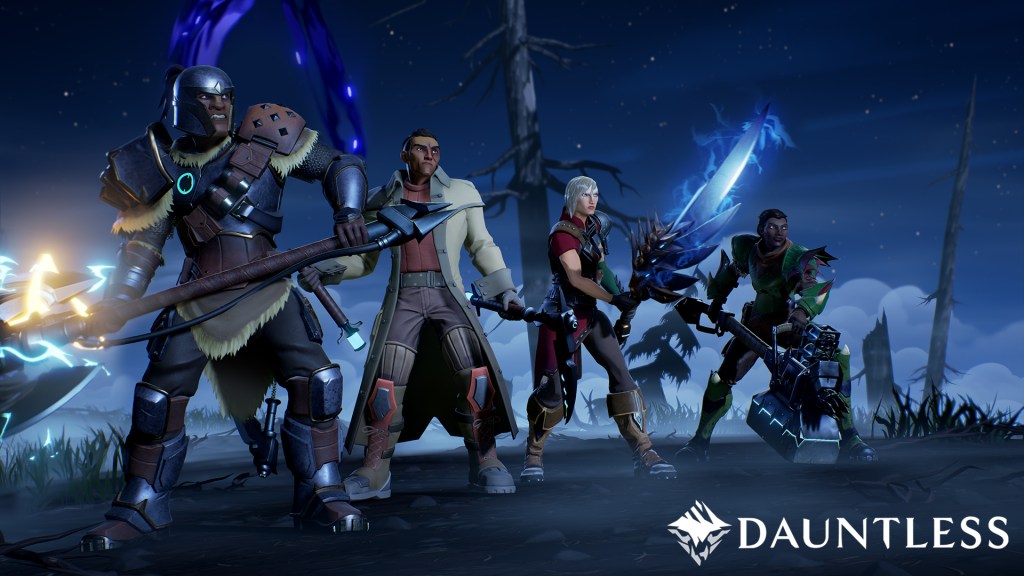 Above: You can customize your Slayer with different pieces of armor.

If Phoenix Labs sticks to its plan of launching the open beta later this year, Dauntless will inevitably go head-to-head with the PC release of Monster Hunter: World (set for the fall). When the latter debuted on consoles in January, it became an instant hit. According to industry tracking firm NPD, Capcom’s juggernaut took the No. 1 spot that month, beating out perennial bestsellers like Call of Duty and Grand Theft Auto V.

But the Dauntless team isn’t worried about the competition. In fact, the popularity around Monster Hunter: World has only helped them. Phoenix Labs saw an increase in the number of players in the beta after World’s release. It also generated more discussions on Reddit and forums as players compared their experiences between both games.

“The really interesting thing is that the last couple of weeks, since Monster Hunter has been out, have also been some of our biggest weeks as well. It is really exposing a wider group of folks to a really cool genre that has otherwise been kind of hard to attack. … At the same time, it was really validating for us,” said Houston.

Despite what some observers may think, Phoenix Labs doesn’t consider Monster Hunter (or Capcom for that matter) as a competitor. Houston likened it to a “rising tide lifts all boats” situation: The awareness that Monster Hunter brings to other hunting-action games can only benefit them.

“I have a ton of respect for Capcom. They created a really awesome genre! And I just want to help make it better, and I want them to help us make our game better,” he said.

To play the closed beta yourself, head on over to the Dauntless website.